Many atheists are of the opinion that you cannot be a good scientist if you are deluded by religious faith.

Let's put the kibosh to that opinion by relating the religious beliefs of eminent scientists. In the early history of science, great scientists—Galileo, Newton, Descartes, Pascal—all had a deep religious faith. But suppose the atheist responds, "That was then, this is now; we know more now to justify that believing in God is a delusion." My response to this canard is to cite the theistic credo of present day eminent scientists, many of them Nobel Prize winners.

Most of these seem to be in the "hard" sciences, physics and chemistry, rather than in biology or medical sciences. If any of you readers have ideas about the reason why physicists are more likely to be theists than are biologists, I'd like to hear them.

Most of the information given below is drawn from "Cosmos, Bios and Theos," by Henry Margenau, a Yale mathematical physicist, and Roy Varghese. Not all of the scientists listed in the book believe in some specific religion, or even a personal God. Many are deistic, believing in a Creator, but not necessarily a God immanent in the universe. Because of space limitations, not all of those interviewed will be listed here.

For more scientists who are not atheists, see the Magis article, "How these Scientists Belief in God Helped them Understand Nature." Also, download our free pdf, "A Timeline of 13 Influential Scientists" below.

23 Scientists who are not atheists

(Note: The honorary societies to which these scientists belong are given by the number of asterisks after their name. One * denotes member of National Academy of Science; two ** is member of Research Council of Europe; three *** is Fellow at the Royal Society UK.)

1. Professor Christian Anfinsen* (Nobel Prize for Chemistry, biochemistry of RNA, Johns Hopkins University): "I think that only an idiot can be an atheist! We must admit that there exists an incomprehensible power or force with limitless foresight and knowledge that started the whole universe going in the first place." 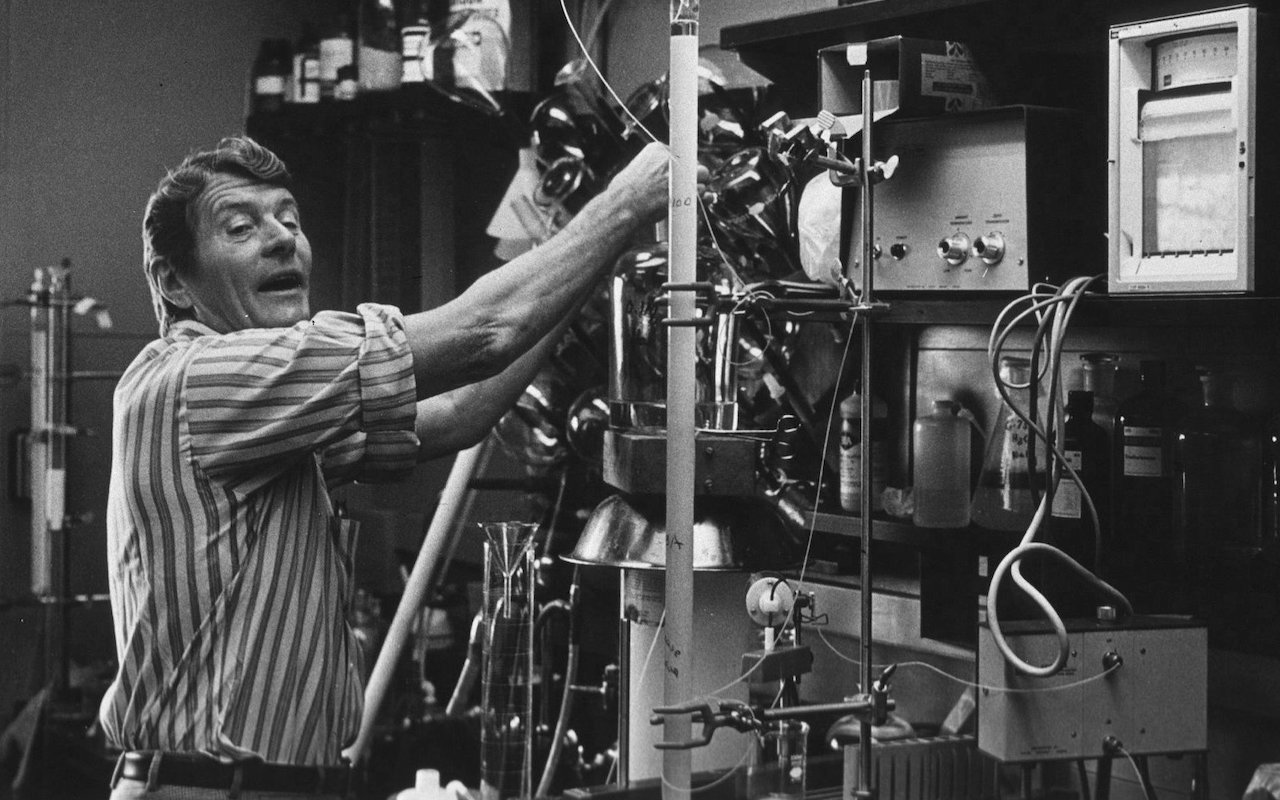 2. Professor Werner Archer (Nobel Prize for Physiology/Medicine, restriction enzymes and molecular genetics, University of Basel): "I do not think our civilization has succeeded in discovering and explaining all the principles acting in the universe.  I include the concept of God among these principles. I am happy to accept the concept without trying to define it precisely.  I know that the concept of God helped me to master many questions in life; it guides me in critical situations and I see it confirmed in many deep insights into the beauty of the functioning of the living world."

3. Professor D.H.R. Barton*** (Nobel Prize for Chemistry, conformational analysis in organic chemistry, Texas A&M University): "God is Truth. There is no incompatibility between science and religion. Both are seeking the same truth."

4. Professor Ulrich Becker** (High energy particle physics, MIT): "How can I exist without a creator? I am not aware of any answer ever given."

5. Professor Steven Bernasek (Solid state chemistry, Princeton University): "I believe in the existence of God. His existence is apparent to me in everything around me, especially in my work as a scientist. On the other hand I cannot prove the existence of God the way I might prove or disprove a (scientific) hypothesis."

6. Dr. Francis Collins* (Medicine, former Director of the Human Genome Project, Director, National Institutes of Health, author of "The Language of God"): "Freeing God from the burden of special acts of creation does not remove Him as the source of the things that make humanity special, and of the universe itself. It merely shows us something of how He operates.”

7. Professor Freeman Dyson*,*** (Theoretical physics, Princeton Institute for Advanced Study): "I do not make any clear distinction between mind and God. God is what mind becomes when it has passed beyond the scale of our comprehension. God may be either a world-soul or a collection of world-souls. So I am thinking that atoms and humans and God may have minds that differ in degree but not in kind."

8. Sir John Eccles*** (Nobel Prize, neurochemistry): "If I consider reality as I experience it, the primary experience I have is of my own existence as a self-conscious being, which I believe is God-created." 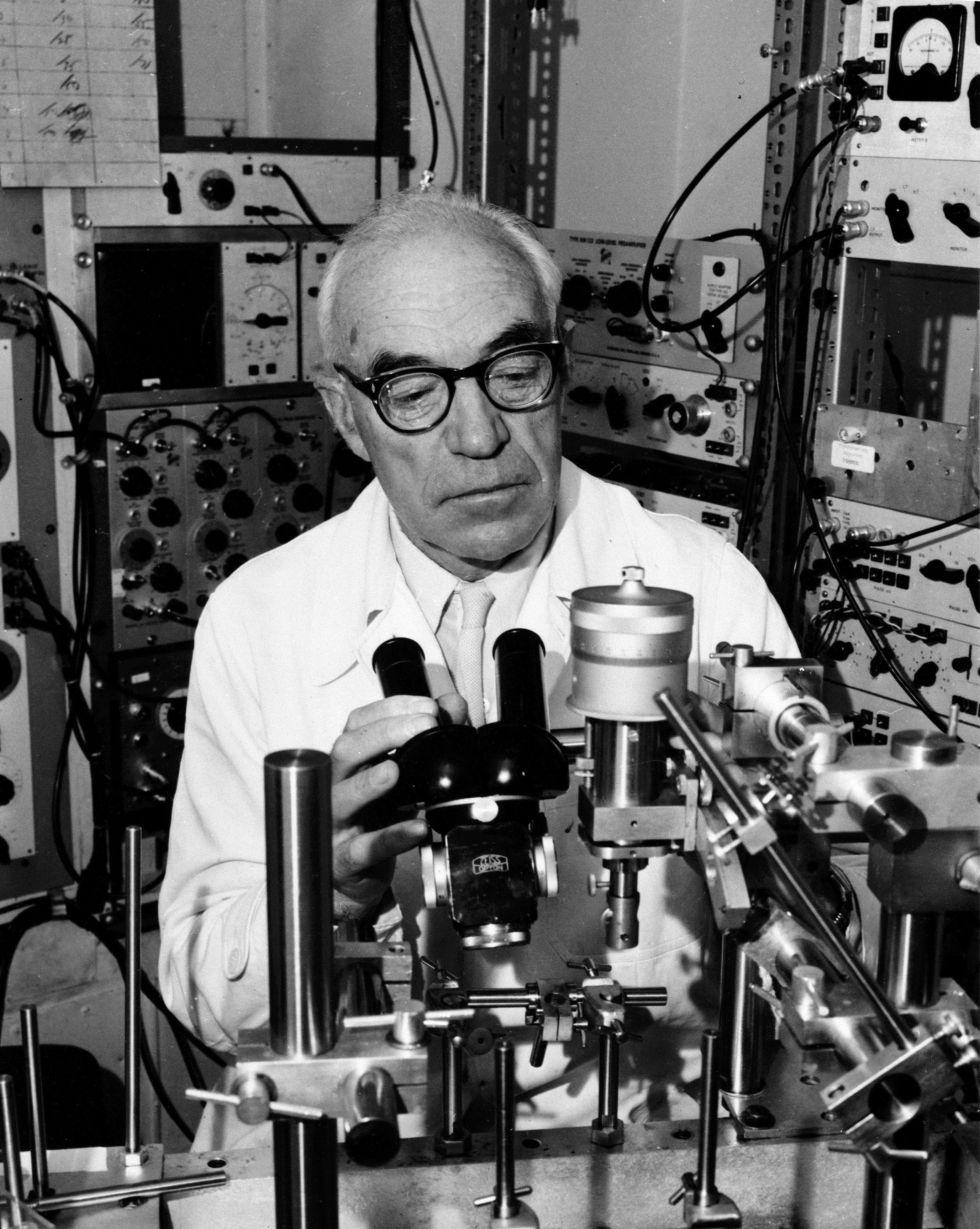 10. Professor John Fornaess* (Mathematics, Princeton Univ.): "I believe that there is a God and that God brings structure to the universe at all levels from elementary particles to human being to superclusters of galaxies."

11. Professor P.C.C. Garnham*** (Medical protozoology, University of London): "God originated the universe or universes... At some stage in evolution when proto-humans were sufficiently advanced, God created the human soul... By faith and by appreciation of scientific necessity, God must exist."

12. Professor Conyers Herring* (Solid state physics, Princeton University): "We live in a hard, real universe, to which we have to adapt. God is a characteristic of that universe—indeed a miraculous characteristic—that makes that adaption possible. Things such as truth, goodness, even happiness, are achievable, by virtue of a force that is always present, in the here and now and available to me personally." 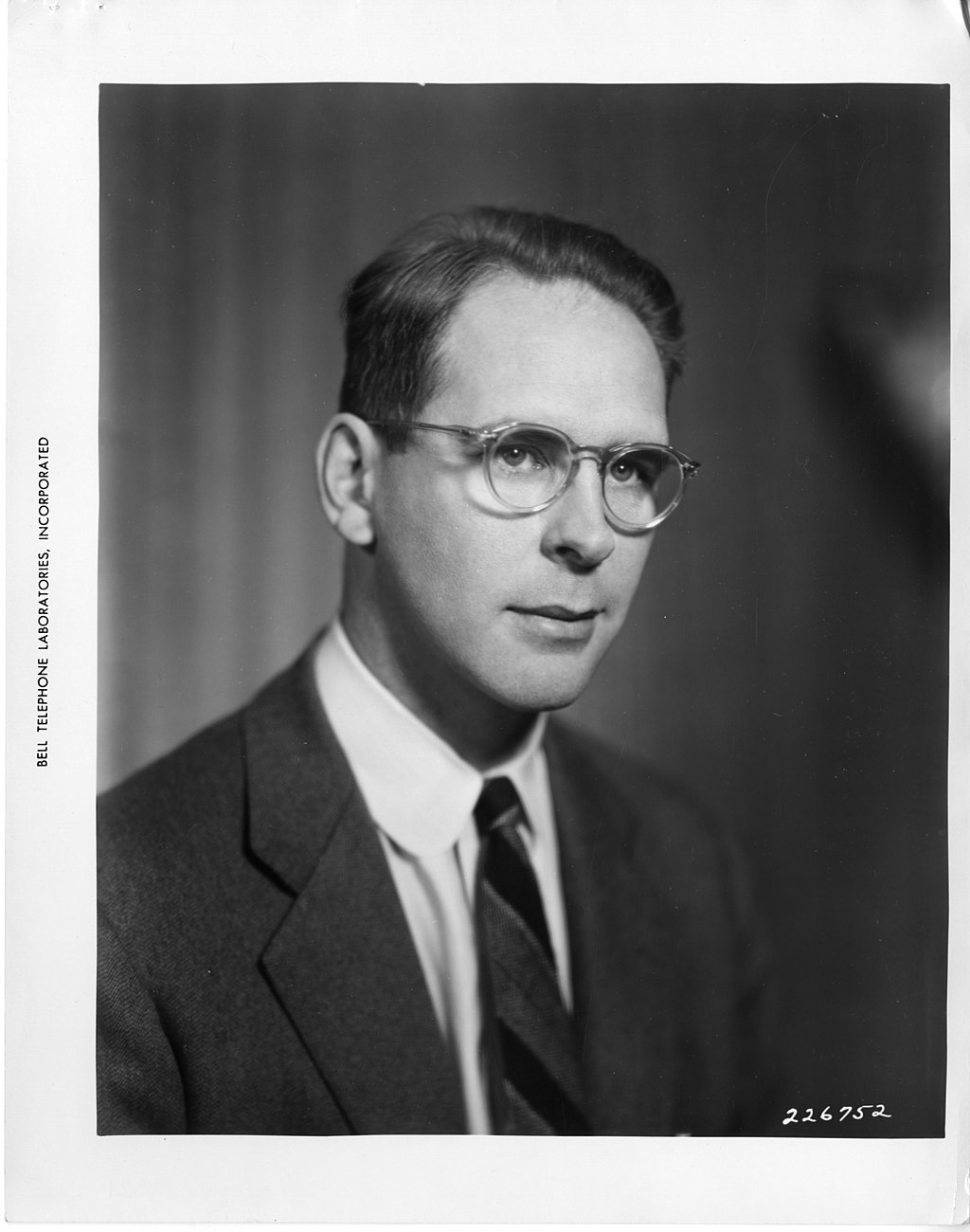 13. Professor Vera Kistiakowsky* (Experimental Nuclear Physics, MIT and Mount Holyoke College): "I am satisfied with the existence of an unknowable source of divine order and purpose and do not find this in conflict with being a practicing Christian."

14. Professor Sir Neville Mott*** (Nobel Prize for physics, solid state physics, Cambridge University): "...we can and must ask God which way we ought to go, what we ought to do, how we ought to behave."

15. Professor Robert Neumann* (nuclear and isotope chemistry and physics, Princeton University): "The existence of the universe requires me to conclude that God exists." 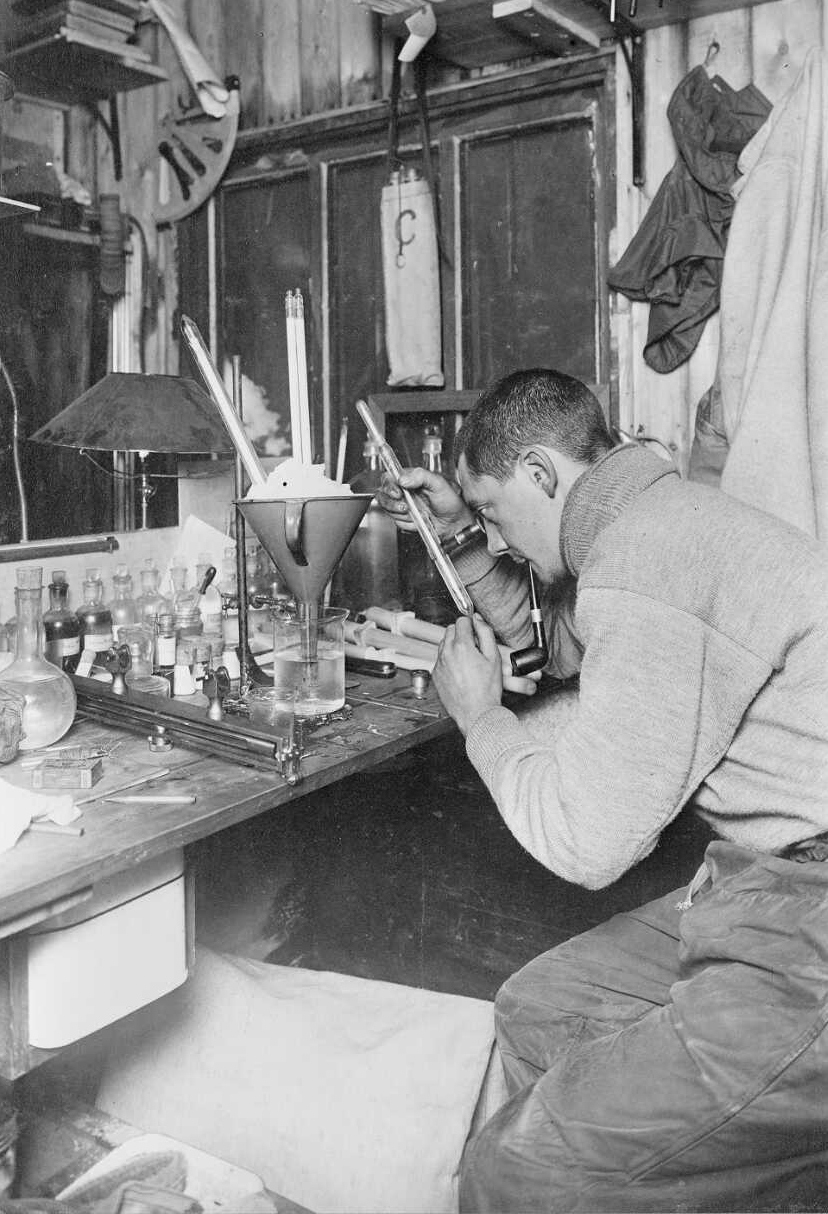 17. Dr. Arno Penzias* (Nobel Prize for physics for first observation of the universal microwave background radiation, Vice-President for Research, AT&T Bell Laboratories): "...by looking at the order in the world, we can infer purpose and from purpose we begin to get some knowledge of the Creator, the Planner of all this. This is, then, how I look at God. I look at God through the works of God’s hands and from those works imply intentions. From these intentions, I receive an impression of the Almighty.”

18. Rev. Professor John Polkinghorne*** (Theoretical elementary particle physics, President, Queens College, Cambridge University): "I take God very seriously indeed. I am a Christian believer (indeed, an ordained Anglican priest), and I believe that God exists and has made Himself known in Jesus Christ."

19. Professor Abdus Salam*** (Nobel Prize for physics (elementary particle theory), Director, International Centre for Theoretical Physics, Trieste): "Now this sense of wonder leads most scientists to a Superior Being—der Alte, the Old One, as Einstein affectionately called the Deity—a Superior Intelligence, the Lord of all Creation and Natural Law."

20. Professor Arthur Schawlow* (Nobel Prize for Physics [laser physics], Stanford University): "It seems to me that when confronted with the marvels of life one must ask why and not just how. The only possible answers are religious... I find a need for God in the universe and in my own life."

21. Professor Wolfgang Smith (Philosophy, Mathematics and Physics, Oregon State University. His theoretical work provided the key for solving the re-entry problem in space flight): "If the physics of the last century prompted atheism, the physics of today is inciting at least the most thoughtful of its votaries to re-examine 'the question of God.'"

22. Professor Charles Townes* (Nobel Prize for physics, development of the MASER/LASER, University of California, Berkeley): "I believe in the concept of God and in His existence."

23. Professor Eugene Wigner* (Nobel Prize for physics, applications of symmetry principles—group theory to quantum mechanics—Princeton University): "The concept of God is a wonderful one—it also helps us makes decisions in the right direction. We would be very different, I fear, if we did not have that concept."

Faith as a gift

A few remarks are in order to put this list in an appropriate context. First, only a small fraction of the listed scientists are practicing Christians, and of these, a smaller proportion are Catholic. Most are deists who believe in a Creator God, but not a personal God. Second, some great scientists are atheists or agnostics (Steven Weinberg comes to mind as the most vocal of these). Nevertheless, it shows that faith and atheism is neither a necessary nor a sufficient condition for being a good scientist.

Finally, I will say that I find most of the remarks inspiring. And it shows me that faith is not ultimately an act of intellectual discernment, but grace given to us by the Holy Spirit. It is a gift, and we should not be scornful of those who have not received the gift.

How These Scientists Belief in God Helped Them Understand Nature