An Update on the Solar Parker Probe 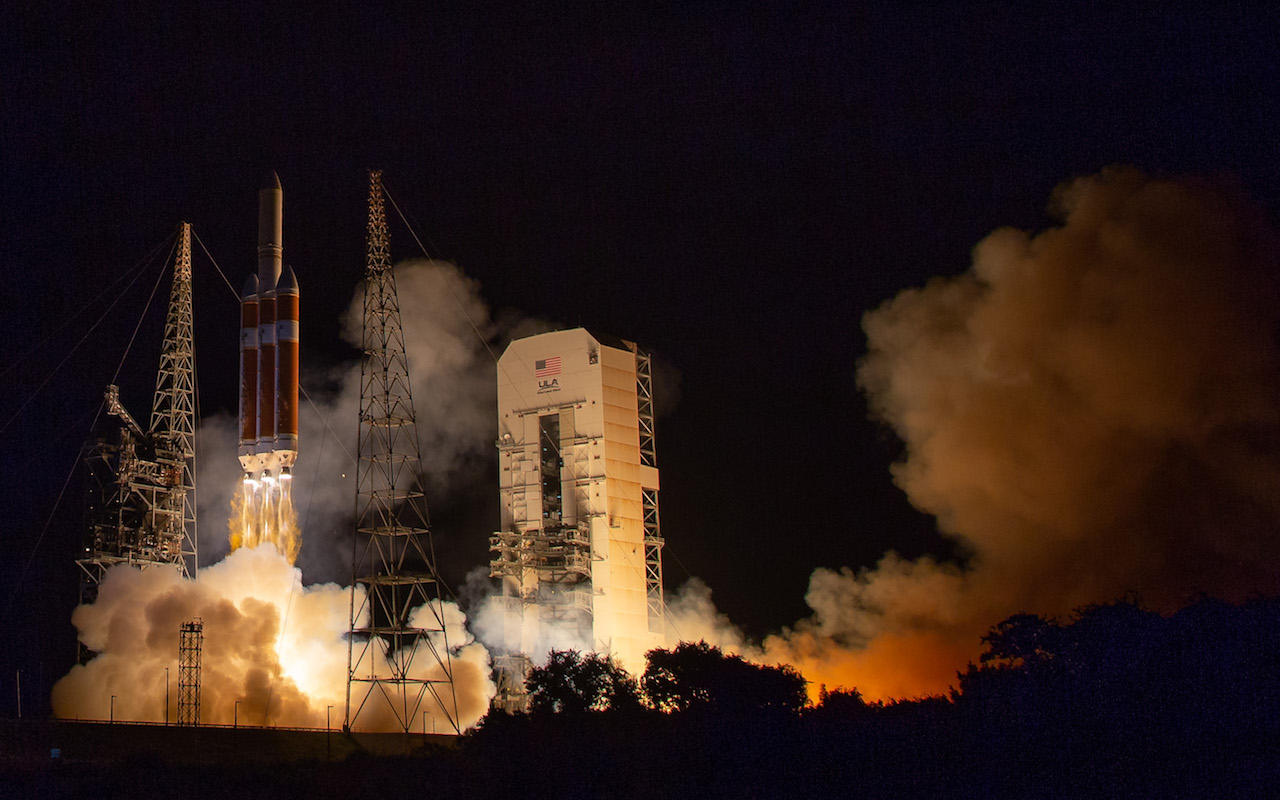 From solstices, sunspots, and solar wind, the sun continues to fascinate us.

Many ancient cultures worshipped the sun as a god. From Egypt to South America, from Africa to Japan, and to the coldest reaches of continental Europe, the sun was worshipped as the creator and the source of life. Often, it was a deity who rode across the sky in a chariot.

Ancient peoples also recognized the sun’s relationship to cosmic events, especially solstices and equinoxes. The winter solstice occurs on December 21 and is commonly known as “the longest day of the year.” There are at least six known ancient monuments whose alignment creates a stunning effect on the day of the winter solstice. The best known of these is Stonehenge in England (associated with both winter and summer solstices), but there are two in South America. Four other monuments align with the spring equinox, from Malta to Cambodia and from an ancient Pueblo structure in America to a church in Bologna.

Over time, human fascination with the sun turned from worship into more intense observation. We know more now about the sun’s place in the cosmic neighborhood as well as its distinct properties as a star. Whether you call it heliophysics or solar astronomy, the science of the sun is an active and growing enterprise.

Most of us are familiar with the history of the geocentric vs. heliocentric theories concerning the sun’s place and movement in our solar system. Interestingly, as early as 1610, Johannes Kepler theorized that the direction of comet tails was influenced by pressure from the sun. This infographic from NASA plots significant discoveries since then: 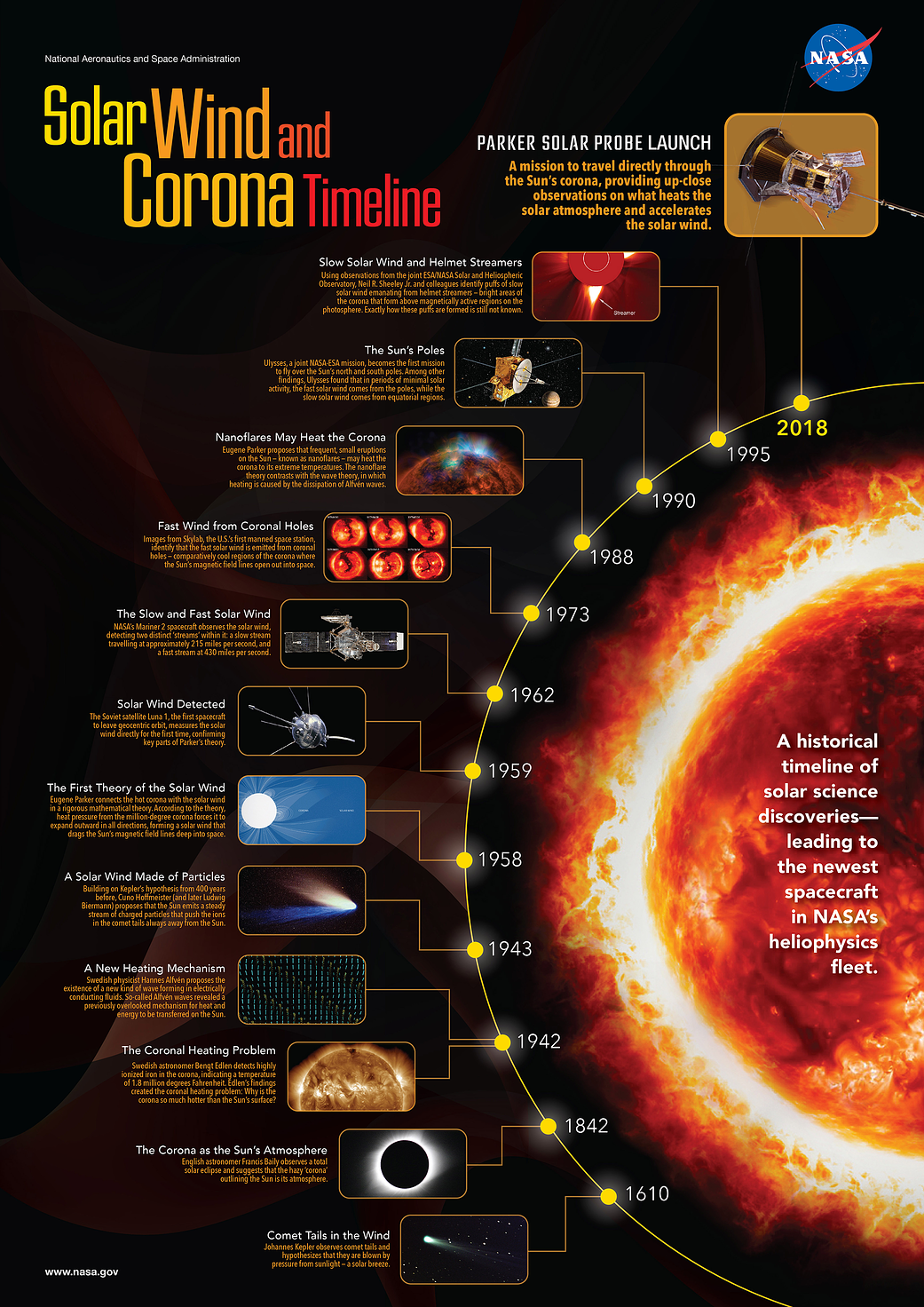 Solar science: what do we know about the sun?

At the center of our solar system, the sun’s presence is the dominating force holding the planets, dwarf planets, and asteroids together. Its influence is felt by its closest neighbors and its most distant inhabitants. Located in the Orion arm of our spiral galaxy, every 230 million years it rotates around the center of the Milky Way—some 26,000 light years away—at 450,000 miles per hour. This massive ball of plasma has a rotation rate of 27 days, and every 22 years its magnetic field changes direction.

Comprised mostly of hydrogen, nuclear fusion produces helium, releasing light and energy. Photons can take 170,000 years to break free from the interior, but, once released, can reach earth in only 8 minutes. How much energy gets released? Apparently, every second the sun is busy converting 4.2 billion kilograms of mass releasing 380 septillion watts to be exact. (To see a 4 minute video entitled “Sun 101” produced by National Geographic go here.)

Where do we get our information about the sun?

According to NASA it currently uses an array of orbiters and telescopes, including: “the Solar Dynamics Observatory, the Solar Terrestrial Relations Observatory, the Interface Region Imaging Spectrograph, the Reuven Ramaty High Energy Solar Spectroscope Imager, the joint ESA/NASA Solar and Heliospheric Observatory, and the joint JAXA/NASA Hinode.”

The spectacular success of the Solar Parker Probe: an update

In 2018, NASA successfully launched its Solar Parker Probe. One of the mysteries its mission is meant to solve is the huge discrepancy (mentioned above) between the surface temperature and the temperature of the corona. Additionally, its instruments will collect images of the solar atmosphere, capture information about its electric and magnetic fields, and measure the range of energies of the electrons, protons, and helium ions, while taking up to 146 measurements per second to accurately determine the velocity, density and temperature of the Sun’s plasma.

Another focused question the team of researchers hopes to address concerns the nature and source of changes in the solar wind, the outflow of charged particles from the corona. These “gusts” affect the earth’s magnetosphere—which shields us from the negative effects of these solar events—and also adversely affect the satellites in orbit outside the earth’s magnetosphere.

To date, the probe has orbited the sun twice and is headed back for its third encounter late in August. In May, twenty two gigabytes of data from the first two encounters were downloaded successfully, a whopping 50% more data than pre-launch estimates.

A second solar mission in 2020

In 2020, NASA and the European Space Agency plan to launch the Solar Orbiter. As quoted by NASA:

“Solar Orbiter will remain positioned over approximately the same region of the solar atmosphere as the sun rotates on its axis, allowing unprecedented observations. The inclined orbit will allow Solar Orbiter to better image the regions around the sun’s poles than ever before.”

With data from this vantage point, scientists hope to gain a greater understanding of the heliosphere.

As our knowledge and understanding of the sun grows, so too may our joy in the Source of all light!

To Go Where Icarus Dared: NASA’S Mission to Touch the Sun

Don’t Be Left in the Dust: Solar Dust and the Renewing of Our Minds

Of Stonehenge and Solstices