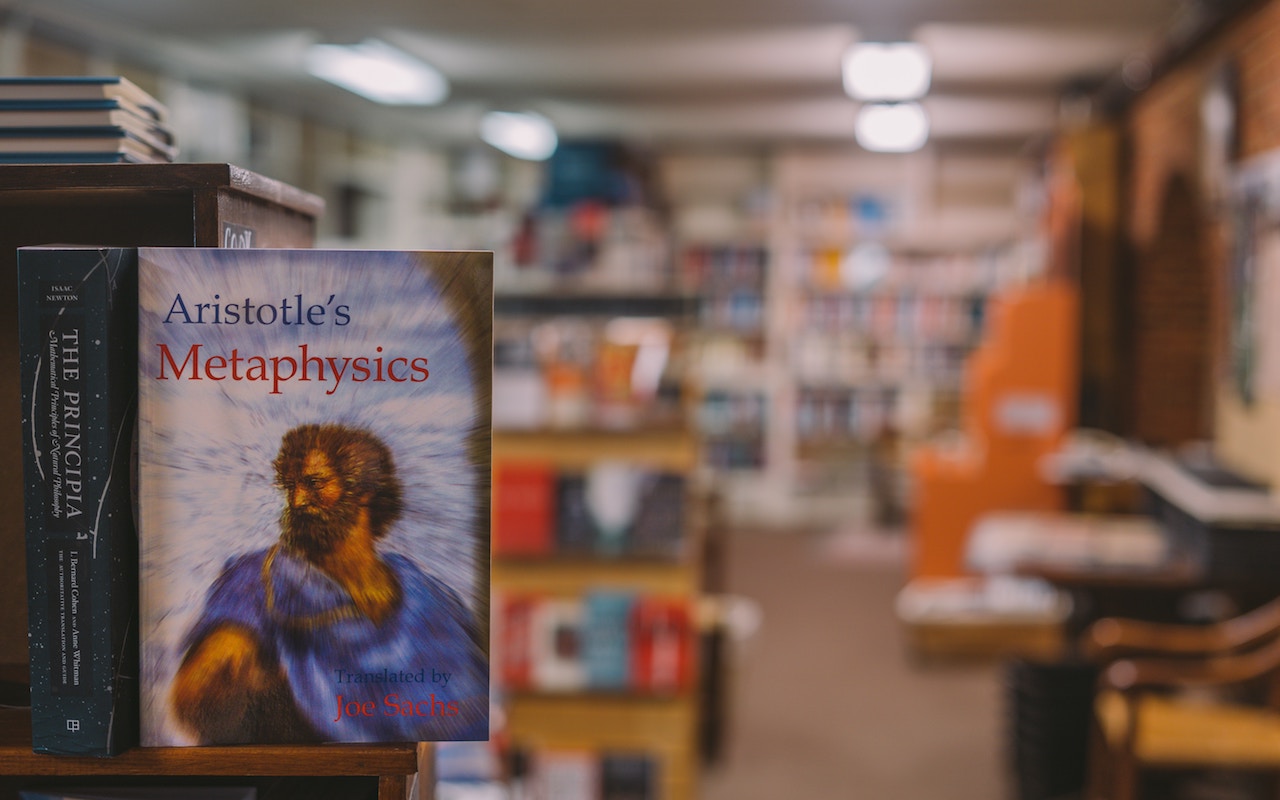 What does philosophy have to do with the Gospel? While many may have college horror stories from Philosophy 101, ancient Greek philosophy was seen by the Church Fathers as a true preparation for the Gospel; in fact, they tended to see both the Old Testament and the best of Greek philosophy as part of God’s providence, tilling the ground for the seeds of the gospel. In what follows, I will offer a survey of various philosophical schools (Pre-Socratics, Plato and Aristotle, Epicureans and Stoics) as they precede and even encounter the world of the New Testament.

This group gets its name—you guessed it—by virtue of the fact that they come “before” Socrates (470-399 B.C.); but perhaps more importantly, they share a common materialistic outlook; most look to some basic element underlying the entire universe, such as Thales who said that water underlay all things; others like Empedocles proposed four fundamental elements (earth, air, fire, and water)—the mixing and mingling of which gives rise to all things. Others such as Democritus suggested that underlying all things are atoms which could never be broken apart. Thus, for Democritus, the only difference between me, a frog, and the desk upon which I write is an arrangement and motion of atoms.

Plato (427-347 B.C.) writes in the mouth of his teacher Socrates and focuses more on the life of the soul and ethics, over and against a concern for understanding the natural world. In fact, Plato held a low view of sensory knowledge; for him, the realm of sense experience is always changing, to the point where it wasn’t as knowable as the unchanging and permanent realm beyond what can be seen and touched. This is the point behind his famous allegory of the cave: this life is like being chained in a cave, staring at shadows cast against a wall from a fire within the cave; these shadows imperfectly image a greater reality which we can only behold in a life beyond this one. If we could leave the cave, then we would come face to face with what is most truly real and knowable; then we would see the cave for what it is.

Aristotle (384-322 B.C.) was Plato’s pupil and absorbed much from him; however, Aristotle was much more favorable to knowledge of nature than was his teacher. For Aristotle, Plato had something right: there is something more knowable and permanent about the essence of a thing, than merely the transient sensations we experience. In other words, just as a scientist tries to isolate the right variable and distinguish the incidental from the essential, so too for Aristotle: when we try to define something, we are trying to understand what is common to all members of a certain class—our attempt to know goes beyond the individual plant or animal to a desire to understand the universal nature instantiated in a given individual.

For Plato, man is primarily a soul that is trapped in a body; the body is something of a necessary evil. But for Aristotle, man is a rational animal, which means that man’s bodily nature is an essential part of being human; yet man is not just an animal. The task of the ethical life for Aristotle, then, is to develop virtues which perfect our nature as human and rational: courage and temperance, for example, are appropriate because we have bodily desires and emotions; courage is not having no fear—it’s not letting fear control us. Likewise, temperance is not shunning pleasures or rejecting the goodness of the body, but pursuing bodily pleasure in a human way—not in an animalistic way. Virtues, for Aristotle, enable us to live the fully human life and thereby lead to an objective happiness (see my book "John Paul II to Aristotle and Back Again," chs. 3-4).

These are the two groups that St. Paul encountered in Acts 17:18. Many have heard of the word “epicurean” and tend to understand it in a hedonistic way. Epicurus (341-270 B.C.) represents a development of Democritus’ atomistic thought above; and his ethics gives a primacy to pleasure.

The Stoics on the other hand represent a much higher ideal and one that many Christians esteemed. For the Stoic, the ideal life was one concerned only with what lies within our control; with respect to everything else, we should cultivate an utter detachment (apatheia). The Christians were drawn to these high ideals—namely, the exhortation to live in accordance with reason, the call to discipline the desires of the flesh, and even the challenge of being unfazed by the vicissitudes of sickness and death.

Many have heard of the use St. Thomas Aquinas made of Aristotle in the thirteenth century; in fact, Aquinas referred to Aristotle often as “the philosopher.” And Aristotle’s achievement was pretty remarkable: a monotheist, an advocate of virtue ethics, and a firm believer that the soul’s operations transcend the body—all of which he arrived at entirely through natural reason, without the aid of divine revelation.

But what is less well known is the direct convergence of certain philosophical ideas with the New Testament itself. For one, some of St. Paul’s ethical teachings share an affinity with Stoicism: “For to me to live is Christ, and to die is gain” (Phil 1:21).

Perhaps even more significant is the Stoic teaching on the logos, which is Greek for “word” or “reason”—the very word which St. John the Evangelist uses to describe the Incarnation: “In the beginning was the Word [Logos] … and the Word [Logos] became flesh and dwelt among us” (Jn 1:1, 14). For the Stoics, the logos was something of a divine principle embedded in the material order which made the universe intelligible and rational (see de la Torre, "Popular History of Philosophy," 64-8).

Aristotle, in fact, in his discussion on the nature of God as the Unmoved Mover, goes so far as to describe God as “self-thinking thought.” For Aristotle, what could be worth God’s while to think about, other than himself? While this makes God sound self-centered, let us take note of how this is almost like staring at the beauty of a cathedral with lots of stained-glass windows, but only having the ability to see from the outside. Faith takes us inside the cathedral, understanding God’s own inner life by way of his own self-disclosure.

Philosophically, we can recognize in God the powers of Intellect and Will. But what Christian faith reveals is that these activities in God are productive; that is, these activities—God’s self-knowing and self-willing—actually give rise to the Second and Third Persons of the Trinity. Accordingly, the Son has always been connected with Wisdom and Truth, and the Holy Spirit with Love and Sanctity.

As St. John reveals, the Logos is not some bland intelligibility giving rise to an ordered universe; it’s not merely some force at work. The Logos is the Eternal Son, who proceeds eternally from the bosom of the Father; and the Son who perfectly images the Father pours himself back into the Father; and the Love between the two is what gives rise to the Holy Spirit proceeding forth from them both. Thus, God’s “self-knowing” and “self-willing” turn out to be a dynamic communion of persons—a total self-giving communication of the divine nature—not a self-absorbed deity. How different the cathedral looks from the inside!

A Reflection on Faith

God is never outdone in generosity, if only we have the courage to surrender even the small things to him. Is there anything holding you back from greater intimacy with our Lord? The Devil loves to dwell in secrecy, but the Holy Spirit thrives on bringing things to light, especially in the Sacrament of Reconciliation. Remember the Prodigal Son (Lk 15:11-32)—a story not just about repentance, but about the Father’s undying and unconditional love.

This post was written by Dr. Andrew Stafford and originally published on the Ascension Media Blog. Republished with permission.

Who is God? The Father of the Prodigal Son