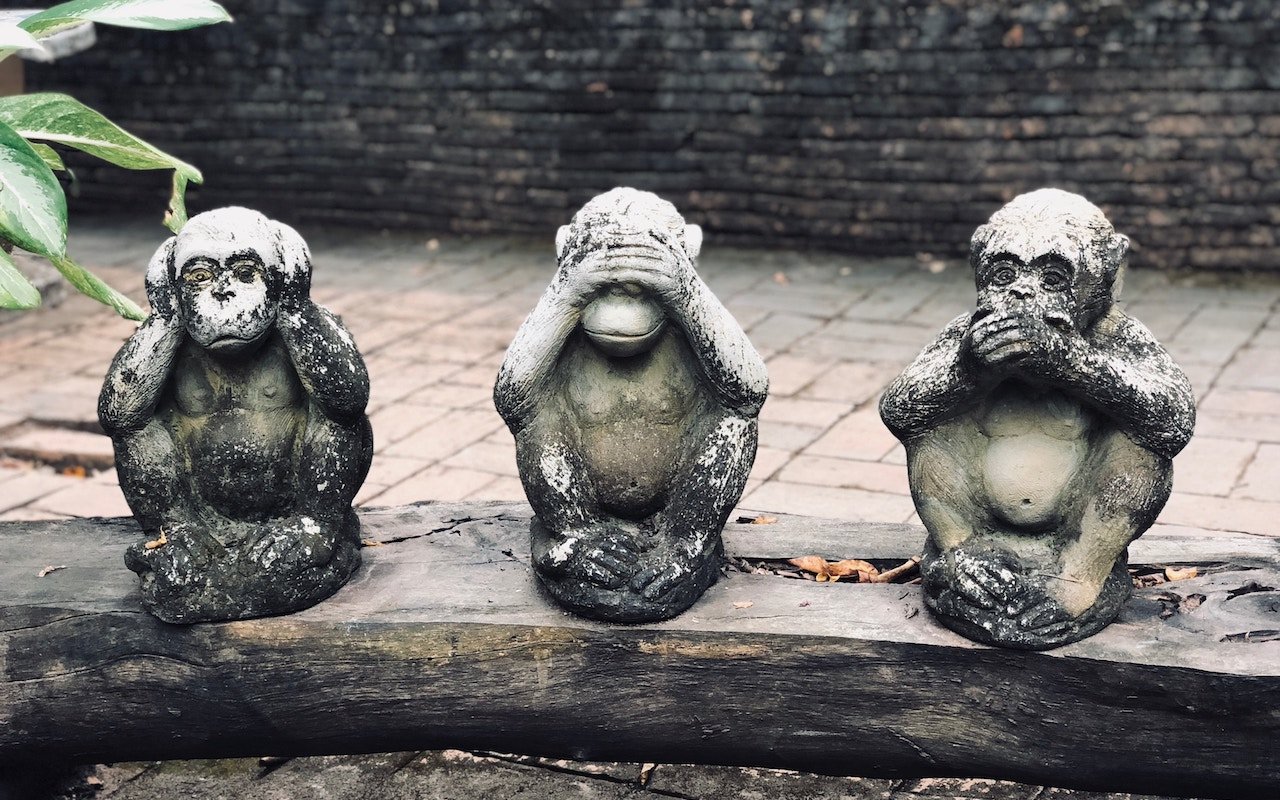 New studies on animal learning, language, and the use of tools have created a firestorm of articles with the underlying theme that “animals are just like us.”

Consider this article from National Geographic. The article reports a study that aims to determine if animals can exert “self-control.” Other articles report on the use of tools by pigs and sea otters, crows planning a meal for tomorrow, and African gray parrots lending a helping “hand” to each other.

Because animals are capable of learning, using tools, and planning for the future, does that make them just like us? And do key researchers involved in the field believe this?

The answer to both questions is “no.”

Throughout his 50-year career, David Premack studied chimpanzees in the laboratory. His major contributions to psychology include a huge leap in the understanding of behavioral reinforcement (Premack’s Principle) and theory of mind. Along with chimpanzees, Premack’s work has also included the study of cognition in infants and children.

According to Premack, animal research has been dominated by Darwin’s declarative assumption that a human brain is just an enlarged primate brain. In other words, humans are just a little farther up the evolutionary scale, but there is a “basic uniformity.” This all began to change in the 1990’s with advances in histological techniques (the microscopic study of tissues) that documented significant differences in human brain structure and organization.

In one of Premack’s seminal papers, “Human and Animal Cognition: Continuity and Discontinuity” (2007), he argues that these neurological discoveries have revealed structures, wiring, and neural connections in the human brain “not found in any animal.” In fact, he goes on to say that “all the newly discovered human singularities are located in areas associated with either complex social cognition… or language.”

“Cognition” needs a definition if we want to discuss the differences between cognition in animals and humans.

“Cognition” refers to the processes by which knowledge is acquired, used, and transformed. This article lists the following processes (the list can vary slightly depending on the source): thinking, knowing, remembering, judging and problem-solving. These are higher-level functions of the brain and encompass language, imagination, perception, and planning.

Neurobiology can tell us about the processes that bring information in, trace its pathways as it moves around, is transformed by our brains, and track the production or inhibition of neurotransmitters. But that isn’t all. In the study of cognitive processes, we also need to talk about more abstract concepts that do not depend on sensory input. This is the domain of cognitive psychology. (Interestingly, Premack points to “time” as one of those concepts. Animals apparently do not have a sense of time according to his studies.)

In Premack’s paper, he challenges both sides of the debate. He contests claims, for instance, that chimpanzees are not capable of analogical or causal reasoning (long thought to be unique to humans), but he warns against “mistaking similarity for equivalence.” He states that as soon as we find similarity in behavior, the immediate question should be: how is it different?

A healthy perspective on animal competence

Premack examines eight human-like abilities that have been demonstrated in animal studies. These include teaching, short-term memory, causal reasoning, planning, deception, transitive inference, theory of mind, and language. In each case, Premack describes how the animal behavior differs from humans. For example, a cat “teaches” her kitten how to stalk a mouse by producing a slightly wounded one so the kitten can “practice.”

But animal teaching is restricted to single targets as opposed to the human "domain-general competence with indeterminately many targets." Similarly, animals may recognize immediate cause and effect, but Premack demonstrates that this is not evidence that they are capable of causal reasoning. If one wants to engage the details of his observations, the whole article is worth a read. (Additional descriptions of his experiments can be found here and are quite fascinating.)

Fr. Spitzer often speaks about evidence for a transphysical soul. The existence of language is part of that evidence. In this article, he mentions the work of Noam Chomsky (author of “Why Only Us?”) and provides this summary:

Without delving into the complexities of their analysis, I will give their main point—that between 60,000 to 70,000 years ago, human beings developed a capacity for abstract, syntactical, and universal communication that no other species—not even our most proximate ancestors—developed.

Premack’s observations from his animal research agree generally with this conclusion, although he goes further. He states that all human language is recursive, and that animals are not capable of developing either recursive or non-recursive language.

Here, recursion refers to the principle that sentences can contain many embedded concepts. (Premack’s example: “Ida the red-haired woman who left her hat in the theater, the old one that burned down, because arguing with Henry, her husband of forty years, who still has all his hair, wears a maroon smoking jacket in the evenings and is as broke as ever, had rattled her.”)

Recursion also includes the relation indicated by “if/then” type sentences. Additionally, he notes that chimpanzees can only be taught to imitate motor acts (like sign language) by a human!

As the Catechism of the Catholic Church reminds us, animals are an incredible gift to humanity. You can also remember this: even if more similarities between animal and human cognition are revealed, animals are not just like us.

Of Nativity Scenes, Saints, and Animals

Review of 'The Evolution Controversy: A Survey of Competing Theories'