Atheism and Religion: Stephen Hawking and the Pontifical Academy of Sciences 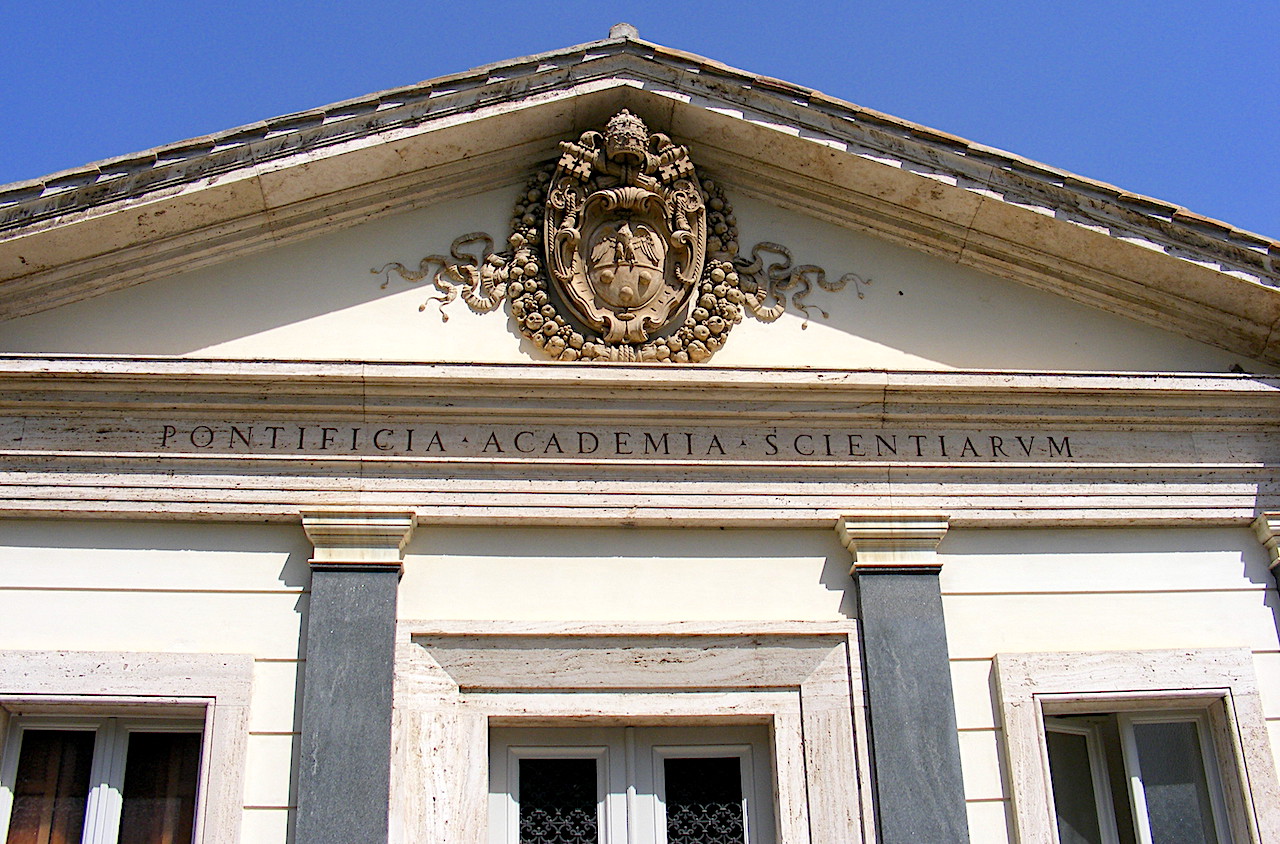 In 1968, Pope Paul VI appointed Stephen Hawking, a brilliant theoretical physicist, and atheist to the Pontifical Academy of Sciences. Hawking was awarded the prestigious Pius XI Gold Medal in 1975. He is known for his work on black holes and the Bekenstein-Hawking equation. He was a prolific writer; his best-known book, A Brief History of Time, has sold 10 million copies since its publication in 1988 and has been translated into 35 languages.

Why would the Pontifical Academy of Sciences be interested in an atheist scientist?

PAS Academician Stephen #Hawking was invited to our Academy for the first time in 1975 by PAS President Carlos Chagas Filho, having won our Pius XI Medal that was awarded to him during a solemn audience with Pope Paul VI https://t.co/mmOZv789Te pic.twitter.com/v1e8oQnrSs

A tweet with images of Stephen Hawking at the Academy

To answer that question, we need to look back in time. The current Pontifical Academy of Sciences has its origins in the “first exclusively scientific academy in the world,” founded in 1603 by 18-year-old Italian nobleman Federico Cesi. It was known as the Academy of the Lynxes and was so named because lynxes were thought to have exceptional vision. The purpose of this group of scientists was to study nature through observation and experiment. They used the tools available to them at the time, both the newly invented telescope (Galileo was one of its earliest members) and the microscope. Among its rules, one finds this lofty goal:

“[K]nowledge and wisdom of things to be obtained not only through living together with honesty and piety, but with the further goal of communicating them peacefully to men without causing any harm.”

Before beginning their work, they “must first raise their minds to God, and humbly pray to him and invoke the intercession of the saints.”

Cesi’s contribution to the Academy was not only financial. His writings are thought to have established the basic principles of botany.  After Cesi’s unexpected death in 1630, without financial support, the Academy’s work ceased. In 1847, Pius IX re-established the “Academy of the Lynxes,” while Pius XI reconstituted it in 1936 and renamed it the Pontifical Academy of Sciences. One of the newly appointed members was Fr. Georges Lemaitre, physicist, astronomer, and “father of the Big Bang theory” of cosmic beginnings.

The Mission of the Academy

Since its origin in the 1600s, the mission of the Academy has remained remarkably consistent. Its modern statutes echo those of 400 years ago: “...to promote the progress of the mathematical, physical and natural sciences and the study of epistemological problems relating thereto" (Statutes 1:2).

The Academy is unique for several reasons. First, although sponsored by the Holy See, it is completely independent to determine its research topics and methods. The Academy’s website states the following:

“Pius XII underlined the Academy's freedom of inquiry in an address of 1940 to the Academicians: ‘To you noble champions of human arts and disciplines the Church acknowledges complete freedom in method and research…’ Since the deliberations and studies which it undertakes are not influenced by any one national, political or religious point of view, the Academy constitutes an invaluable source of objective information upon which the Holy See and its various bodies can draw.”

Secondly, it is truly an international body, which has led to some interesting consequences. For example, as pointed out in a history of the Academy:

“One consequence of this is that the Academy has had a large number of full members who have been awarded a Nobel Prize. The number to date (2018) appears to be 43, including Max Planck, Niels Bohr, Werner Heisenberg, Paul Dirac, and Erwin Schrödinger.”

Science and the Catholic Intellectual Tradition

All of the above may come as a surprise to people with questions about the relationship between faith and science: Can science be used to “disprove” the existence of God, free will, and even morality? Can faith be a hindrance or limitation in the pursuit of scientific truths?

In a sense, the Pontifical Academy was set up to counter the assumptions at the heart of the supposed tension. This “tension” stands in contrast to what many historians of science see as a clear link between faith and the advance of science. As Dr. Charles Brockhouse of Creighton University observes:

“The natural sciences have deep roots in the intellectual life of medieval Western Europe; that is, in the Catholic Intellectual Tradition. To maintain the ‘dichotomy view’ it is necessary to assert that the intellectual giants of this earlier stage of Western development could somehow not surmount their social milieu, while the more enlightened moderns are capable of such prowess.” —Dr. Charles Brockhouse

The current work of the Pontifical Academy is adding to this intellectual tradition and bridging the gap of trust between belief and the natural sciences. This is evident in even the briefest examination of the position papers and presentations given at their conferences and Plenary sessions. From surviving the Covid-19 crisis and the science of sustainability to technology and the emergence of conscious life, there is a vast array of topics from every branch of science, from scientists of every faith and of no faith.

Back to Stephen Hawking

After his death, Stephen Hawking’s children issued a statement in which they remembered his observation: ‘It would not be much of a universe if it wasn’t home to the people you love.’

Additionally, despite stating his disbelief in God in his last book, published posthumously, Brief Answers to the Big Questions, he concludes with advice that may carry an unintended outcome—advice that easily could lead to belief!

“So remember to look up at the stars and not at your feet. Try to make sense of what you see and wonder about what makes the universe exist. Be curious.” -Stephen Hawking

If nothing else, the lesson we can learn from the relationship between Hawking and the Academy is that in using the gift of science, man can find not only truths about the natural world, but that this quest can lead to the truth about himself and his place in the cosmos.

The Author of all truth is never far from those who seek it.

The Intellectual Endeavor of Science