This article demonstrates that philosophical reasoning can not only establish the existence of God, but that it can also illuminate some of God’s attributes (e.g., oneness, simplicity).

Before we begin, let’s look at criteria for establishing the reasonableness of an argument.

A claim or proposition may be considered reasonable if it meets at least one of the following criteria (see end of article for definition of terms):

Now we will begin presenting a metaphysical proof for God’s existence. Because this is a purely logical argument, its reasonableness will rely on the third criterion, namely that denying it will lead to an intrinsic contradiction. A metaphysical proof starts with the nature of reality or the totality of being and, from this vantage point, deduces certain logical arguments 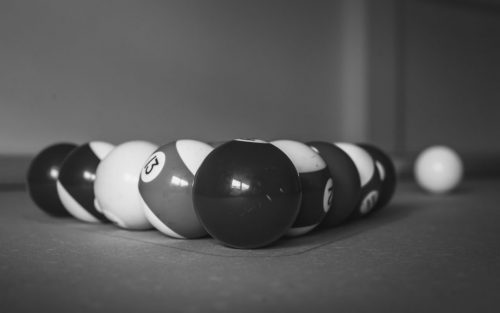 There must be at least one uncaused being that exists through itself and is the cause for all caused beings.

The question of infinite regress of caused beings

One question that frequently comes up in these types of discussions is: “Can one arrive at a sufficient explanation for a particular being by postulating an infinite regress of caused beings?”

(For a more thorough treatment of these arguments by Karlo Broussard, an apologist for Catholic Answers, check out this post on the Strange Notions blog.)

Now, we will demonstrate that the uncaused being must be absolutely unrestricted and utterly simple.

Boundaries/restrictions are limiting and exclusive

An example from physics is the concept of a field. The properties of electricity differ from those of magnetism but are unified in the relatively less-restricted electromagnetic field. Space and time are very different realities that become unified in a gravitational or space-time field. The implication here is that fields, which have less boundaries/restrictions and are thus more inclusive, can unify lower orders of being without being subjugated to the boundaries of the things that they unify

Here we want to put forth the principle of simplicity as espoused by the Greek philosophers like Thales who proposed water as the absolutely simple element from which all other matter is composed. For Thales, Parmenides, Plato, and Aristotle, the simpler a reality is, the fewer intrinsic and/or extrinsic boundaries it has. As we have just seen, boundaries exclude. Hence, greater simplicity means less intrinsic and extrinsic boundaries which entails less exclusion within itself and with other beings, which further entails greater possibility for interaction and interrelationship with other realities.

Thus far, we have discovered an important metaphysical principle: the less exclusive and more compatible a thing is, the fewer restrictions or boundaries it has to limit its mode of being—or, as the aforementioned philosophers would put it, the simpler it is. If we take this concept to its logical end, an absolutely simple being would have no boundaries or restrictions.

The Simplicity of the Creator

Now that we have looked at the arguments for an uncaused being and absolute simplicity, we are in a position to ask the question, “Is this uncaused being, absolutely simple?”

According to Aquinas, all created (i.e. caused) beings are composed of both essence and existence. Thus, every real created being is a composition of “what it is” and “its act of existing.” It is essence that limits something to a specific type of being (e.g., a horse). It is the act of existing that makes something real as opposed to imagined.

Thomas deduced that these limited real beings must have their source in simple or pure existence – that is, existence not restricted or bounded by essence. He referred to this pure being as “being in itself.”

He recognizes pure being as not only unrestricted but uncaused, because it constitutes the ground of all other beings. Thus, if it had a cause, that cause would need to come from outside of all being – a logical contradiction in terms. This purely simple being is the cause of all caused beings, and because it has no restrictions or boundaries, is able to unify all lower orders of reality.

Could there be more than one unrestricted being?

This brings up a frequently asked question: “Why does Thomas believe that there is only one simple and uncaused being? Couldn’t there be two or even more?”

His position is based on the following premises:

‘And this we call God’

Thus far we have used philosophical inquiry to discover that there must be one, absolutely-simple, uncaused being that is the cause of all other beings. Can philosophy tell us anything more about this uncaused being: can we really call it God? 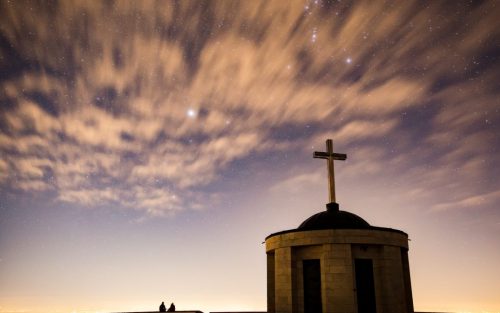 Thomas Aquinas, after using philosophical terms to describe God, sometimes closes his argument with the expression, “and this we call God.”

Here we will follow his lead and acknowledge that the one, absolutely-simple, uncaused being that is the cause of all other beings is in fact God. Are there any other attributes of God that can be known through philosophy? The following is a list of divine attributes that philosophers have associated with God.

Although each of these can be logically derived, their proofs are less rigorous than what we’ve seen with the proofs in this post. Furthermore, some give rise to seemingly insurmountable problems. (For more information from Fr. Spitzer on philosophical discussions, see free will v. God’s omniscience and suffering v. God’s omnipotence.)

Because many philosophers see no way to get beyond the stripped-down description of God as merely a creator deity, this depiction of God has come to be known as the “God of the Philosophers.” The challenge for Christian philosophy is to show the seamless complementarity between the philosophers’ God and the personal, loving, God of Christian revelation.

For Thomas Aquinas, proof of the Divine attributes is rooted in God’s perfection. For whatever a creature possesses in a partial and imperfect way, God, as the source of all Being, must possess in a complete and perfect way.

For more on evidence for God through Philosophy, see Father Spitzer’s article on metaphysical arguments for God’s existence and nature.

Rigorous public corroboration (1): that which is sufficient to make a preponderance of reasonable people believe that an affirmation of the claim is far more reasonable than a denial of it. Take for example the claim that Father Spitzer is currently in his office. This corroboration could occur through agreement from multiple persons witnessing Father’s presence in his office. In science, rigorous corroboration could occur through different kinds of experimentation, repetitions of experiments, different kinds of measuring devices, etc. In social sciences, this might come from multiple approaches to a single problem or statistical analysis (using correlation coefficients, T tables, etc.).

Its denial contradicts a rigorously corroborated fact (2): take for example the negation of the claim from above. Father Spitzer is not currently in his office (though multiple reliable witnesses can attest that he is in his office). Above, the affirmation of the statement confirms the evidence, whereas the denial of the proposition in the previous sentence contradicts the evidence. An example from science would be the denial that the earth rotates around the sun. Since it has been rigorously demonstrated that the earth does in fact rotate around the sun, the denial of this fact would contradict the evidence, thus rendering it unreasonable.

Intrinsic contradictions are impossible states of affairs (3): examples include square circles and finite infinities. Thus, a denial of a proposition that would lead to an intrinsic contradiction could not be true. Square-circles of the same area in the same respect at the same place and time will not be able to exist in this universe or any other universe. Furthermore, they will not be able to exist in the future or the past any more than they can exist today.

The Remarkable Evidence for the Human Soul