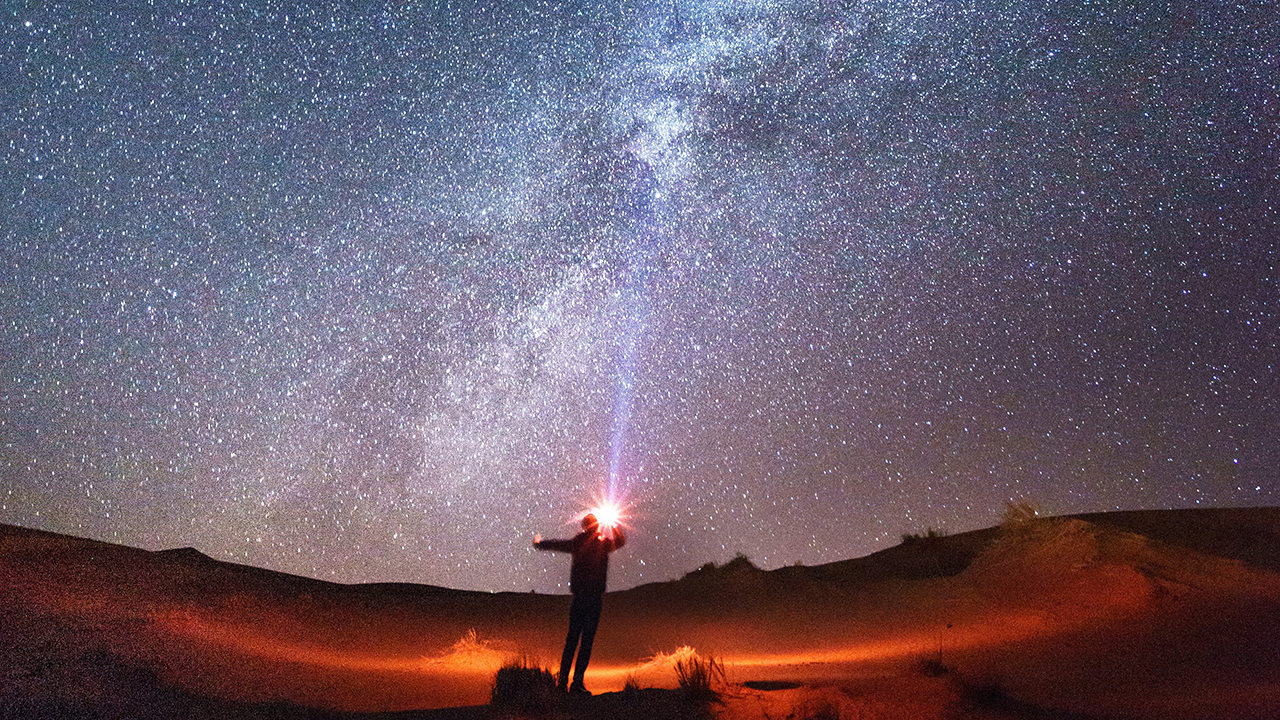 Catholic scientist Georges Lemaître is finally credited for work he shared at an IAU meeting in 1928 with famous astronomer Edwin Hubble.

Online voting from the entire membership of the International Astronomical Union closed on Friday, October 26, 2018, on a resolution originally debated at a meeting of the IAU in 2006. (Most people remember that meeting as the occasion when Pluto lost its “planet” status. The famous “ninth” planet was reduced to a dwarf planet. But that was not what this resolution was about.)

It was announced Monday, October 29, 2018, that the “Hubble Law” will now be called the “Hubble-Lemaître Law”. This mathematical law measured the famous red-shift of observable galaxies indicating that they were moving away from us. In other words, the universe was expanding.

This idea of an expanding universe was a departure from the steady state theory of the universe that was prevalent at the time.

This was the strongly held view of Fred Hoyle who debated this issue with Lemaître and coined the dismissive term “Big Bang” to discredit Fr. Lemaître’s view which implied a beginning to the universe.

The math behind the shift was deciphered by one of the Harvard Computers, Henrietta Leavitt, described in this Magis post.

The significance of this new name has implications for the current perceived dichotomy between faith and science. According to the post from the Vatican Observatory by Br. Robert Macke, S.J.:

In addition to recognizing Lemaître’s obvious and valuable contributions to cosmology, the change of the name of the Hubble-Lemaître Law has another important implication for persons of faith. Astronomy textbooks will be adjusted to include this new name.

Along with Gregor Mendel for biology, here is another religious scientist whose name will become recognizable to any high school or college student who takes a basic course in astronomy.

In a culture that increasingly preaches a dichotomy between faith and science, it is important to have figures that we can hold up who exemplify the compatibility of the two. History is full of such examples, but most are hidden, forgotten, or actively ignored because they do not fit the narrative.

At the Magis Center, we promote a correct understanding of the complementarity of scientific endeavors with a belief in God in a variety of ways. Witness the large number of modern scientists who are religious! Fr. Spitzer speaks frequently on this topic and addresses it in multiple posts and a video series on the Magis website.

Additionally, in 2018, the Magis blog began a series of posts on Catholic scientists and scientists with religious beliefs.