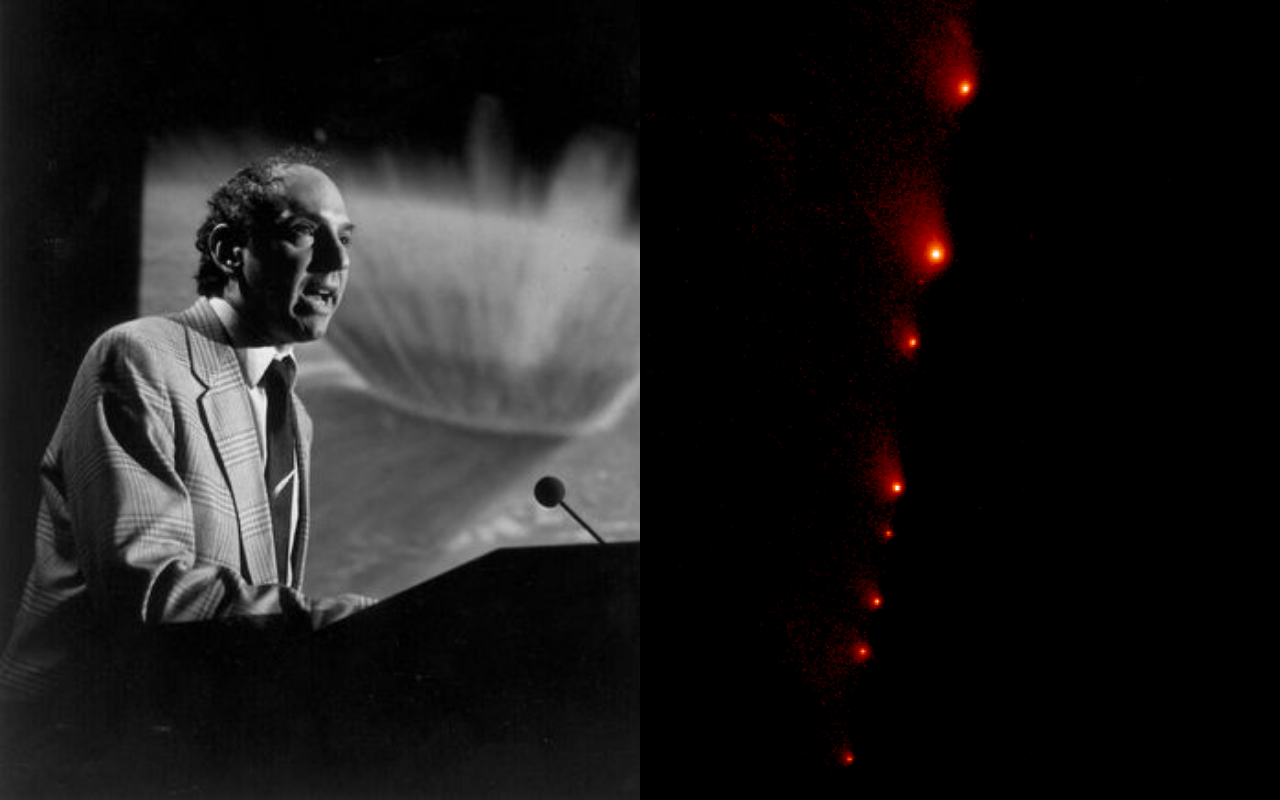 David H. Levy’s bio on the Vatican Observatory website declares that he is “one of the most successful comet discoverers in history.”

This is no idle boast. It continues:

“He has discovered 22 comets, nine of them using his own backyard telescopes. With Eugene and Carolyn Shoemaker at the Palomar Observatory in California he discovered Shoemaker-Levy 9, the comet that collided with Jupiter in 1994. That episode produced the most spectacular explosion ever witnessed in the solar system.”

How can such an incredible list of accomplishments belong to an amateur astronomer?

Levy claims that being shy and having difficulty making friends was one of the reasons he became interested in the night sky. At a boys camp in Vermont, he happened to look up as a meteorite streaked across the sky. His interest then became more concrete when one night, as a patient at a children’s asthmatic hospital in Colorado, he set up his first telescope and began to sketch a bit of the Milky Way in a notebook.

Three years later he saw Comet Ikeya-Seki for the first time as it rose above the St. Lawrence River. This comet had been discovered by two Japanese “comet hunters,” and it turned out to be one of the brightest comets in the 20th century.

As a 17 year old, Levy set himself three very impressive goals: to search for comets and exploding stars (officially referred to as novae), to discover a comet or a nova, and to conduct a research project on comets and novae.

As they say, the rest is history.

It was March 23 again, but in 1993, when Levy and Gene and Carolyn Shoemaker photographed a portion of the night sky which led to the discovery of the Shoemaker-Levy 9 comet. One of Levy’s most famous comet discoveries, the Shoemaker-Levy 9 ended in a spectacular explosion less than a year and a half after its discovery. For more, see the video below.

"Comets are like cats; they have tails, and they do precisely what they want." -David Levy

According to Levy, comets can teach us a great deal about the beginning of life here on earth and the possibility of life on other similar exoplanets. This was one of the lessons from the collision of Shoemaker-Levy 9 with Jupiter: “their debris included the CHON particles –Carbon, Hydrogen, Oxygen, and Nitrogen—the alphabet of life.”

According to NASA, the opportunity to record and analyze the impact offered scientists an unprecedented giant natural experiment, “with which to study how massive impacts affect a large body like a planet. Studying SL9’s impact on Jupiter helped scientists strengthen their models of what might happen if a comet or asteroid struck Earth.”

Comets in history and literature

David Levy is no stranger to literature. His formal education, in fact, is in English literature. In his own words, he describes how these two interests became a single force in his life:

"Comets, I learned, are not just for viewing. They are for reading and for studying. At first, I did some high school reading about the discovery of Comet Ikeya-Seki, the brightest comet of the twentieth century. Years later in graduate school at Canada’s Queen’s University, I prepared a master’s thesis based on the 19th century English poet Gerard Manley Hopkins, who observed Comet Tempel in 1864 and subsequently wrote a beautiful poem about it." -David Levy

In Levy’s view, however, it is Shakespeare who holds the highest place for displaying an interest in comets. With over 200 references to the sky, here is the opening to “Henry VI”:

Hung be the heavens with black, yield day to night!

Brandish your crystal tresses in the sky.

Not only did his fascination with comets shape his education, Levy reveals in his autobiography that it also helped him conquer a lifelong battle with depression.

In one of the last of Levy’s Skyward series on the Vatican Observatory website, he offers a wonderful summary of the meteor showers visible throughout the year. He reminds us that comets have a direct relationship with these wonderful night sky viewing opportunities:

"Each time a comet rounds the Sun, tiny specks of dust come off its surface. These specks of dust orbit the Sun in the same orbit as the parent comet, but when the Earth crosses that orbit, those specks of dust may enter the atmosphere and burn up. Thus, while we may spot a comet but once in its orbit, its meteors we can see every year." -David Levy

Here is an interactive view of the Perseid meteor shower:

The heavens and our transcendent destiny

From ancient times until the present, gazing up and out into the vast cosmos generates a host of emotions and insights into our souls. We can either despair that we are meaningless and insignificant or see clearly that we are players in a drama that is much larger than ourselves.

Perhaps we can identify with the sentiments penned by Gerard Manley Hopkins in his poem “I am like a slip of comet.” These are the opening and closing lines:

Scarce worth discovery, in some corner seen

….I have drawn heat from this contagious sun:

To not ungentle death now forth I run.

Like a comet, may God’s love blaze in your heart every time you look into the velvet, cosmic darkness of the night sky.