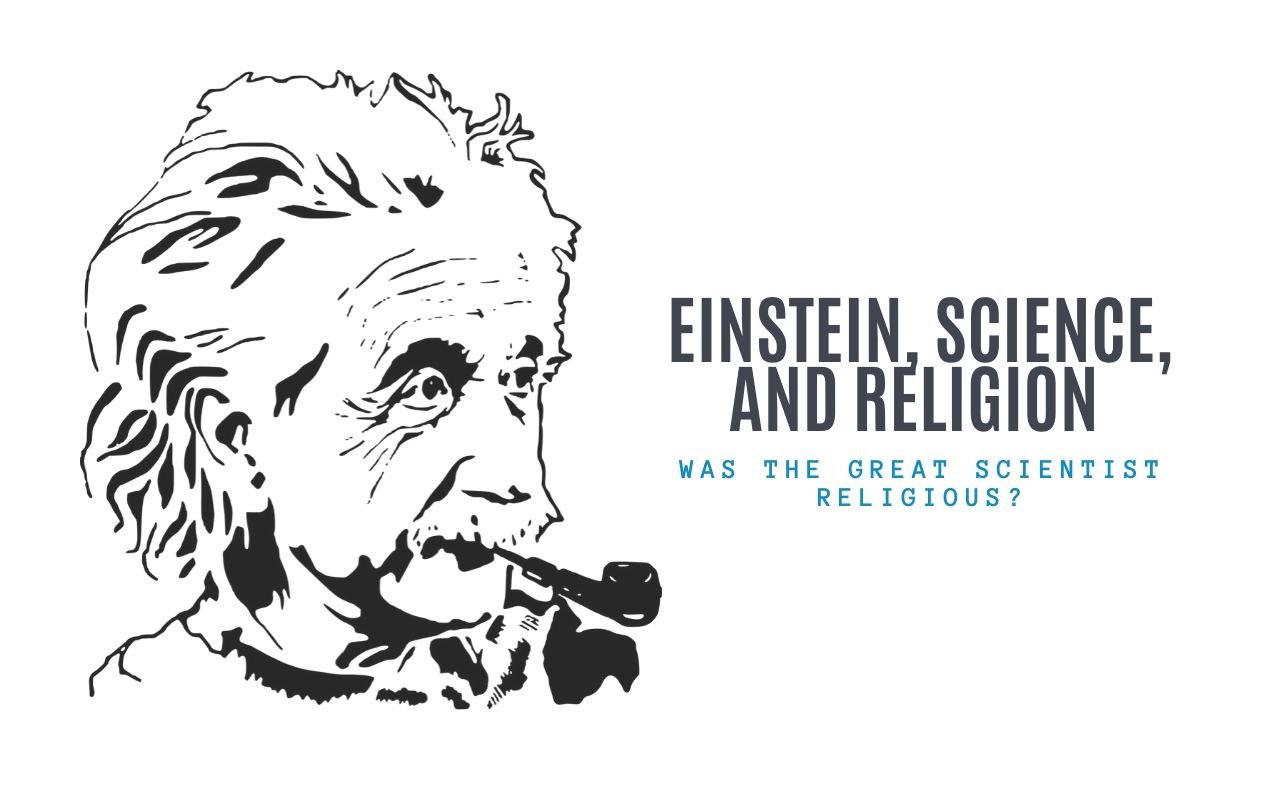 Why do people care what Einstein thought and believed about religion and about God?

Obviously, Einstein was a brilliant scientist whose contributions helped unravel some of the deepest mysteries of the universe. Are we looking for his help in understanding even deeper and more mysterious questions, like “Does God exist?” and “Do we need religion?”

Surprisingly, seeking answers to the questions about his belief in God uncovers Einstein’s attitude toward science itself and its essential link to religion.

Einstein’s view of his own popularity

Einstein was not unaware of the undue influence his thoughts had on his “adoring” public, and he thought it quite unjustified:

"The cult of individuals is always, in my view, unjustified. To be sure, nature distributes her gifts unevenly among her children. But there are plenty of the well-endowed, thank God, and I am firmly convinced that most of them live quiet, unobtrusive lives. It strikes me as unfair, and even in bad taste, to select a few of them for boundless admiration, attributing super-human powers of mind and character to them. This has been my fate, and the contrast between the popular estimate of my powers and achievements and the reality is simply grotesque." -Albert Einstein

Keep this quote in mind as the opinions and arguments of many scholars and pundits are presented for perusal. Einstein is more humble and less fixed in his attitudes than one might imagine. A second thought to keep in mind: in many of the debates surrounding Einstein’s theism or atheism, quotes are taken out of context and used to support what appear to be contradictory positions. We shall try to give Einstein a fair hearing by presenting his words in context.

Einstein on science and religion

Einstein’s love of science is obvious in many musings and reflections in letters and essays. He also had a desire for the ordinary person in the street to understand his theories and their impact in the world of physics. In 1938, he and his student, Leopold Infeld, co-authored the book, “The Evolution of Physics.” In this book, they presented his theories in the wider context of classical physics. When published in 1938, it was an immediate success, notable enough that Einstein appeared on the cover of Time. From this book and many letters and essays, Einstein’s positions can be gleaned and seen in context.

In the Forward of a 2007 edition of “The Evolution of Physics,” Walter Isaacson relays a conversation that Einstein had with his childhood friend, Maurice Solovine. To place this conversation in context, it is necessary to recognize that the new quantum theory challenged belief in objective reality. In debates with fellow scientists, Einstein valiantly defended his firm belief in an objective reality.

In this particular conversation with Solovine, Einstein remarked that, given the nature of the world (as he understood it), “the eternal mystery of the world is its comprehensibility.” When his friend chided him for using religious terms (“mystery” and “miracle”) to describe his position, Einstein answered that “one should expect a chaotic world” a priori, and the fact that it is not is the “weakness of positivists and professional atheists” [emphasis added]:

“I have no better expression than ‘religious’ for this confidence in the rational nature of reality and in its being accessible, to some degree, to human reason. When this feeling is missing, science degenerates into mindless empiricism.” -Albert Einstein

What then is essential to the scientific enterprise?

These sentiments square with another frequently quoted remark: “Science without religion is lame; religion without science is blind.” From this article, we learn that these words come from his essay, “Science, Philosophy, and Religion,” written in 1940 for a conference hosted by the Jewish Theological Seminary.

What did Einstein mean by this?

We find a clue in the conclusion of “The Evolution of Physics” (published 2 years before), in which Einstein states that science must include a recognition of objective reality and our real ability to perceive its order:

“With the help of physical theories we try to find our way through the maze of observed facts, to order and understand the world of our sense impressions… Without the belief that it is possible to grasp the reality with our theoretical constructions, without the belief in the inner harmony of our world, there could be no science.” -Albert Einstein

Many historians of science argue that this belief is necessary to the scientific enterprise. (This article is just one example.) This firm belief that the cosmos is ordered is also the key takeaway of the Creation story, but is that how Einstein came to that conclusion?

In a 1939 address to the Princeton Theological Seminary, Einstein commented on the limits of science and its methods. It is published as part of an essay “Science and religion.” Though the essay is worth reading in its entirety, the following thoughts capture some key features of his views on science and its relationship to religion.

Einstein mentions the popular view that there is an “unreconcilable conflict between knowledge and belief.” He goes further and acknowledges that scientific knowledge was meant to be an antidote to superstition. What he does not do might be a surprise: he does not dismiss religion as insignificant or useless, as we shall see.

Einstein first acknowledges that man’s “aspiration” to reach objective knowledge is heroic and praises the achievements accomplished through the scientific method. He cautions, however, that science “can teach us nothing else beyond how facts are related to, and conditioned by, each other.” He continues:

“One can have the clearest and most complete knowledge of what is, and yet not be able to deduct from that what should be the goal of our human aspirations. Objective knowledge provides us with powerful instruments for the achievements of certain ends, but the ultimate goal itself and the longing to reach it must come from another source” -Einstein [emphasis added]

In this speech then, far from describing religion as irrational or based solely on superstition, Einstein acknowledges the need for intelligent and clear thinking in establishing the goals or ends that give meaning to a person’s life. More importantly, he points to the Judeo-Christian tradition as a valuable resource for identifying these ends:

“The highest principles for our aspirations and judgments are given to us in the Jewish-Christian religious tradition. It is a very high goal which, with our weak powers, we can reach only very inadequately, but which gives a sure foundation to our aspirations and valuations. If one were to take that goal out of its religious form and look merely at its purely human side, one might state it perhaps thus: free and responsible development of the individual, so that he may place his powers freely and gladly in the service of all mankind." -Einstein

So in these quotes we find Einstein’s view of religion, particularly the Judeo-Christian religion, as a positive force in the human enterprise and a source of essential information which science in itself cannot provide.

So did Einstein believe in God or not?

In the next post we will take a closer look and ask a related question: if Einstein did believe in God, is it the god of Spinoza? Or some other pantheistic interpretation of the “Old One”? The answer might surprise you.

Why Do People Believe in God?