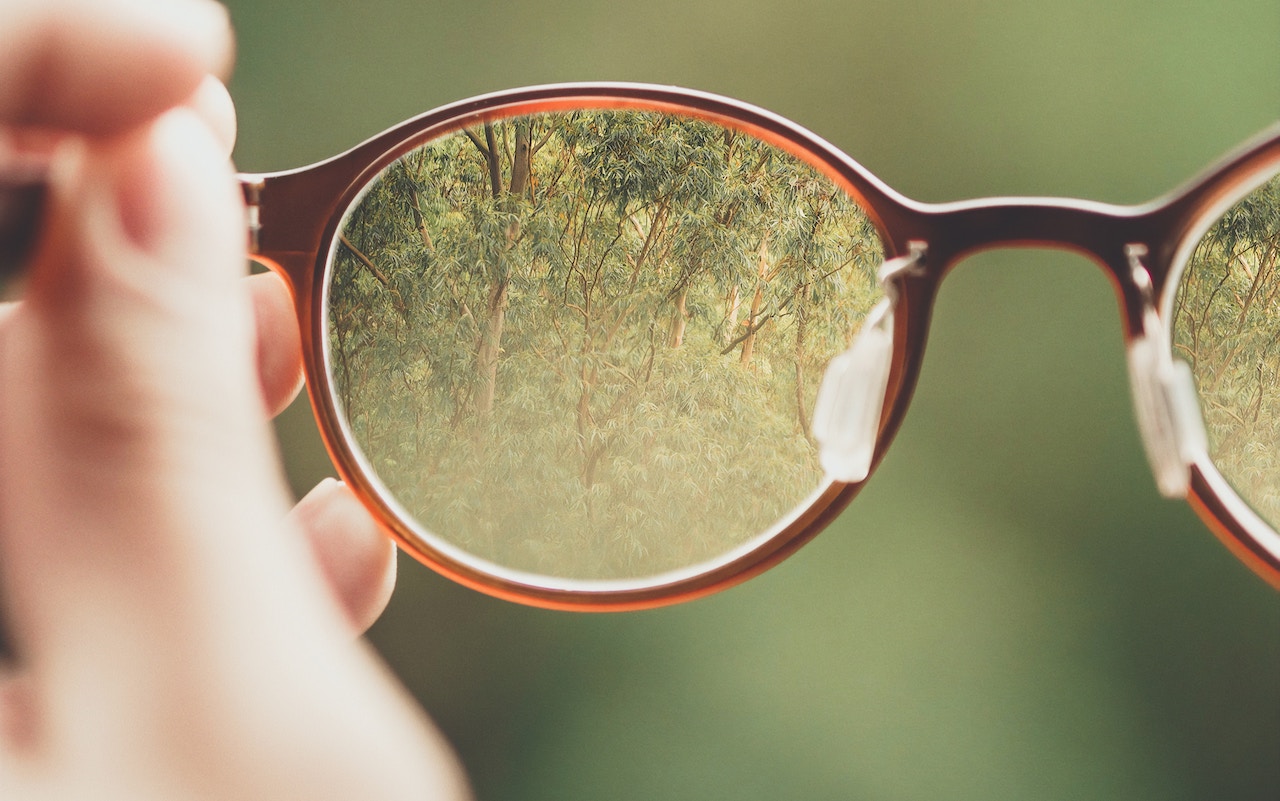 "Anybody who has been seriously engaged in scientific work of any kind realizes that over the entrance to the gates of the temple of science are written the words: 'Ye must have faith.' It is a quality which the scientist cannot dispense with." Max Planck, “Where is Science Going?”

In Chapter 2 of my web-book, "Truth Cannot Contradict Truth," I tried to explain how science works: its limits and its power. As the quote above from Max Planck puts it, those who have worked in science know that faith is an essential element and a cornerstone of the scientific method.

What do we mean by faith? For my purpose here a brief answer is: belief sustained by revelation, non-scientific, or non-logical evidence.

After reading Frank Morrison’s, "Who Moved the Stone," I became convinced that the evidence for the Resurrection should convince an impartial jury. From that conviction followed my faith in Catholic dogma and doctrine. These tenets of dogma and doctrine were not susceptible to empirical verification (or falsification), nor did they follow as conclusions from logical argument. St. Augustine put it best:

“Faith is to believe what you do not see; the reward of this faith is to see what you believe.” -St. Augustine

As I'll try to show below, the basic propositions on which the scientific method is based are items of faith. In some cases these might be susceptible to empirical falsification, but they are assumed to hold. They are like Euclid's axioms for plane geometry: they seem to be self-evident from our experience. So, in that sense, they don’t fit with St. Augustine’s definition. But like Euclid's axioms, they may not be valid for a world that differs from that of our everyday experience (e.g. a world of curved space).

The Scientific Method and “Faith”

Ask a scientist "what is the scientific method?" and you're likely to get a blank stare or a quizzical look in response. If you ask a philosopher, you may get any number of answers—depending on whether the philosopher belongs to the "realist" or "anti-realist" camp. There are philosophers who argue that there are no "laws of nature." Rather, they maintain that scientific theories are models proposed only "to save the phenomena." (See my post, Tipping the Sacred Cow of Science—Confessions of a Science Agnostic.)

From articles of scientific faith to theories: a tree

Rather than expound on all the various philosophical schemes for how science works, I’ll focus on one that best represents the progression from articles of faith to empirically verified theories. I'll use a tree as a representation of this progression: 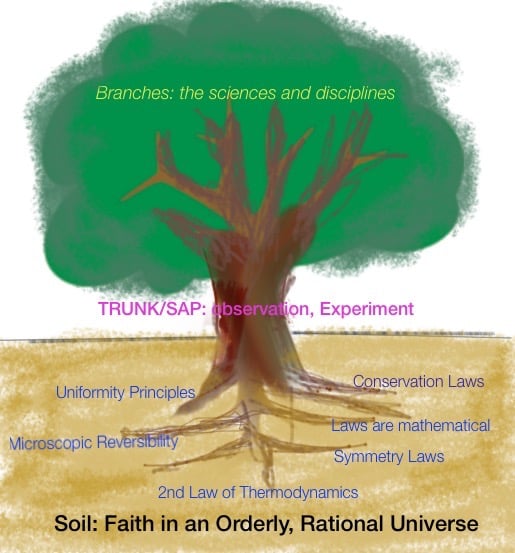 The first two steps, "soil" and "roots," are faith based. A few of the fundamental principles that could be listed in the "roots" category have been shown not to hold (e.g. the parity assumption and the symmetry between right and left-handed processes).

As you'll note, sciences other than physics are neglected in this scheme—I could add chemistry, but I don't know enough about biology, geology, etc. to include them (so add on, dear reader, if you're knowledgeable).

The Soil: faith in an intelligible universe

A few explanatory remarks are in order. First, it is not a novel idea that faith in an orderly and intelligible universe is the soil in which the tree of science grows. A confirmation for this notion is that the enterprise of science grew in a Medieval Civilization, and only in this milieu. Additionally, this civilization held the Judaeo-Christian premise that God ordered the universe to be meaningful—"The Heavens declare the glory of God" (Psalm 19a). (For more on this, Pierre Duhem, Fr. Stanley Jaki, and Dr. Stacy Trasancos have written about how science was born of Christianity, and not in other civilizations.)

Although the works of science confirm the notion that the universe is orderly and intelligible, they do not prove it to be so. If a scientist does believe it to be so, it is a matter of faith; and if he/she did not have that faith, why should he/she continue the exhausting effort of probing the mysteries of the universe?

Can anyone point out a great or even good scientist who did not believe this?

The Nobel Prize winning mathematical physicist Eugene Wigner has commented on the miracle and mystery of this order and how mathematics can explain how the world works:

It is difficult to avoid the impression that a miracle confronts us here, quite comparable in its striking nature to the miracle that the human mind can string a thousand arguments together without getting itself into contradictions, or to the two miracles of the existence of laws of nature and of the human mind's capacity to divine them. -Eugene Wigner, "The Unreasonable Effectiveness of Mathematics in the Natural Sciences"

The roots: basic scientific principles are faith based

"Science and religion are two windows through which we can look out at the world around us." Freeman Dyson, “Infinity in All Directions”

The roots of the tree of science—its basic principles—are again matters of faith. They seem to be reasonable and confirmed empirically, but there is not logical justification for them—they are premises, not conclusions. Here are just two examples:

There are also esthetic judgments made about theories, judgments that are not considered here.   Such judgments are also articles of faith--that a theory that is "elegant" is to be preferred to one which is long and involved. See my post God, Symmetry and Beauty in Science II for non-elegant thoughts on this.

My Faith as a Catholic

The picture I'll give as the structure of my Catholic belief, a tree analog, will be unorthodox but, I hope, not heretical. It will reflect my faith as it has developed during and since my conversion.

I'll admit that this representation is, perhaps, forced in order to make a comparison with the enterprise of science. Nevertheless, there is a bedrock of faith, a soil—a belief in the Trinity Godhead—that nourishes my religious beliefs, and it is true that dogma and doctrine are the roots of my Catholic faith.

Are The Bible and Contemporary Science Compatible?