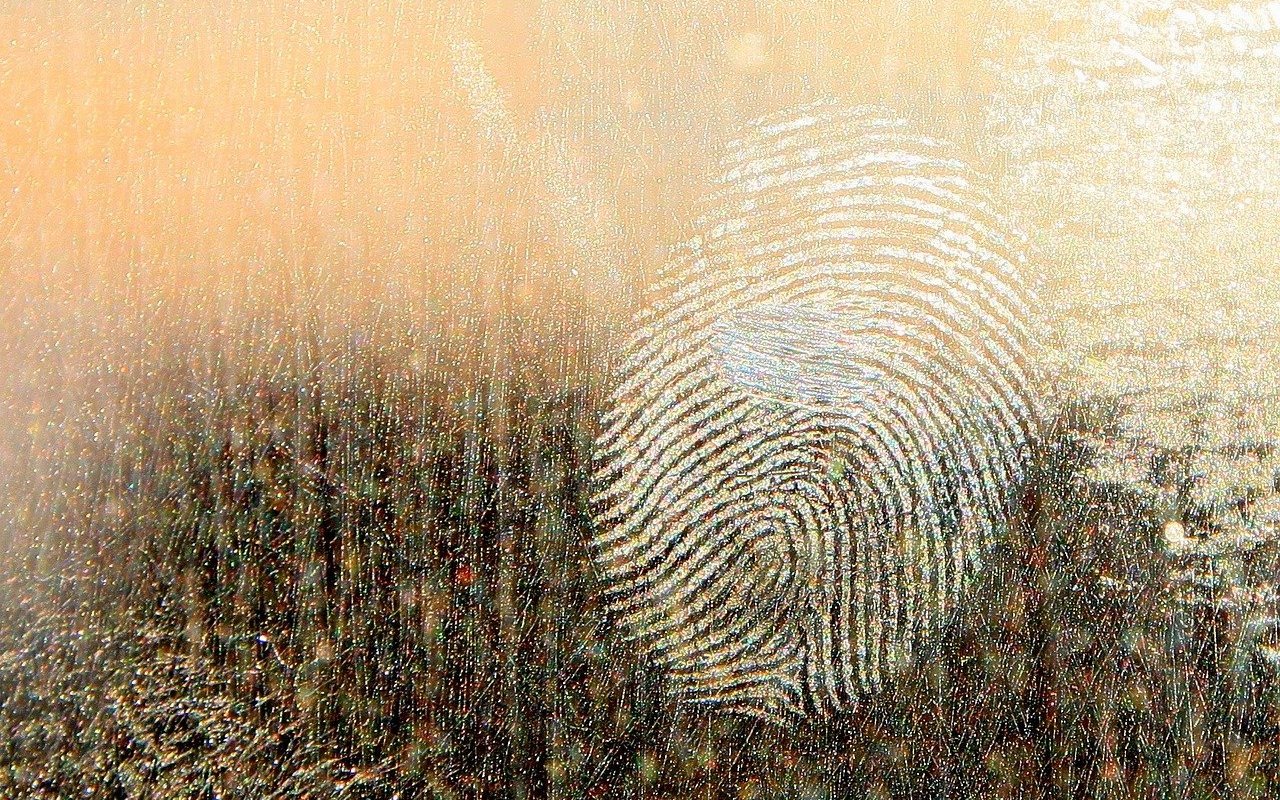 Fingerprints have been used to solve any number of crimes.

The pattern of skin ridges made of arches, whorls, and loops is unique to each individual. These ridges develop in utero, and the patterns appear to be related to our genes.

Monozygotic twins share 100% of the same genes, but they still have different fingerprints.

How is that possible?

The simple answer is that genes aren’t the only factor involved in how we develop.

Genes interact with other factors in the “environment” which can alter how and even which genes get expressed. The environment can be internal or external, chemical or physical in nature. Over time this process produces what is known as a phenotype—the actual, observable characteristic.

In the case of identical twins and their fingerprints, the environment is the womb. Where they touch, how often, and the strength of the pressure exerted all contribute to how these patterns develop. The nutritional status of the mother and even the baby’s position in the womb are other significant environmental factors.

The Mystery of Genetic Similarity and Diversity

What does account for the incredible diversity and similarity within and between species?

One startling statistic has become particularly popular recently. The claim is that every human is 99.9% similar to every other human. How does that make any sense? There are an enormous number of very obvious variations within the human population—in fact even in families!

There are other comparisons that are frequently trotted out. The fact that we share 98.8% of our DNA with chimpanzees, on the surface, sounds ridiculous.

What is going on here?

Perhaps you already know the answer, but a key distinction is that “DNA” does not mean the same thing as a “gene.”

The DNA molecule is extraordinary. When stretched out, the length of DNA in one cell is close to 6 feet. Along its length are over 3 billion base pairs that make up the “rungs” of the DNA double helix. The Human Genome Project identified over 20,000 genes along its length.

Genes are functional sections of DNA which vary in the number and sequence of base pairs that make them up. Genes code for functional products, like structural proteins or enzymes; but there are large stretches of DNA for which there is no known function. Couple this “unmapped” region with the fact that  a 0.1% difference in base pair sequences still leaves 3 million base pairs to make us unique!

What About Similarity to Chimpanzees?

Let’s go back to genetic similarity of humans to a different species, the chimpanzee. Being 98.8% similar to a chimpanzee can also be misleading. This percentage is based on the similarity among base pairs on the same gene.

A good example is the gene that enables both species to see red. Since the gene’s function is the same in both species, this fact shouldn’t alarm us or surprise us. The percent similarity emphatically does not mean that we are 98.8 % genetically the same as a chimpanzee. First, the size and number of chromosomes is different among species, and there are genes we do not share.

It is true that we do share many genes with other mammals, from those governing the production of functional and structural proteins to the development of the eye. The latter is used by paleontologist Simon Conway Morris as an example of convergent evolution. In this video, he compares the eye of an octopus and other mammals with the human eye. Fantastic.

It is unfortunate that genetic similarity statistics are used in what seems to be an assault on the unique characteristics of the human person, especially any characteristic that points to a transcendent origin and destiny. We must learn to ignore the more materialist interpretations of what these numbers mean and rejoice that this kind of order is in evidence throughout the created world.

Additionally, this type of information has significant implications in health and medicine—and yes, crime solving once again!

The 3 million base pair differences (0.1%) among humans do have a useful role to play. They are used by forensic geneticists to identify bodies from disasters and solve crimes based on crime scene DNA samples. There are repetitive sequences of base pairs within the non-coding areas of the DNA molecule that are unique to the individual.

Except in the case of identical twins!

Contrary to expectations, using modern DNA sequencing is useless for identifying the guilty twin while the old fashioned fingerprint will point to the culprit.

Diseases Have Fingerprints, Too

DNA sequencing, made possible by the Human Genome Project, provides other promising benefits. DNA variations of persons with a disease can now be compared to those without that condition. When there are significant correlations among these variations, researchers design further studies to determine what role the genes associated with these variations play in the development of that disease.

Armed with this information, researchers will be able to design new treatment options and prevention strategies tailored to disease sufferers. There is great anticipation and hope that such “biomarkers” will lead to an age of precision medicine which will utilize specific prevention and treatment options for the individual.

Unique Without a Doubt, But...

In the end, whatever genetic similarities might exist, our temperaments, personalities, abilities, family history, and life experiences make us unique. What binds us together, however, in the larger picture, is our origin and destiny. We are all children of the same Father who wishes to share eternity with us. Echoing St. Paul, whatever apparent differences exist among us are no barrier to the love that Christ shows us, a love that we in turn must share with each other.

Dr. Jerome Lejeune: Holiness and the Genetics of Disease