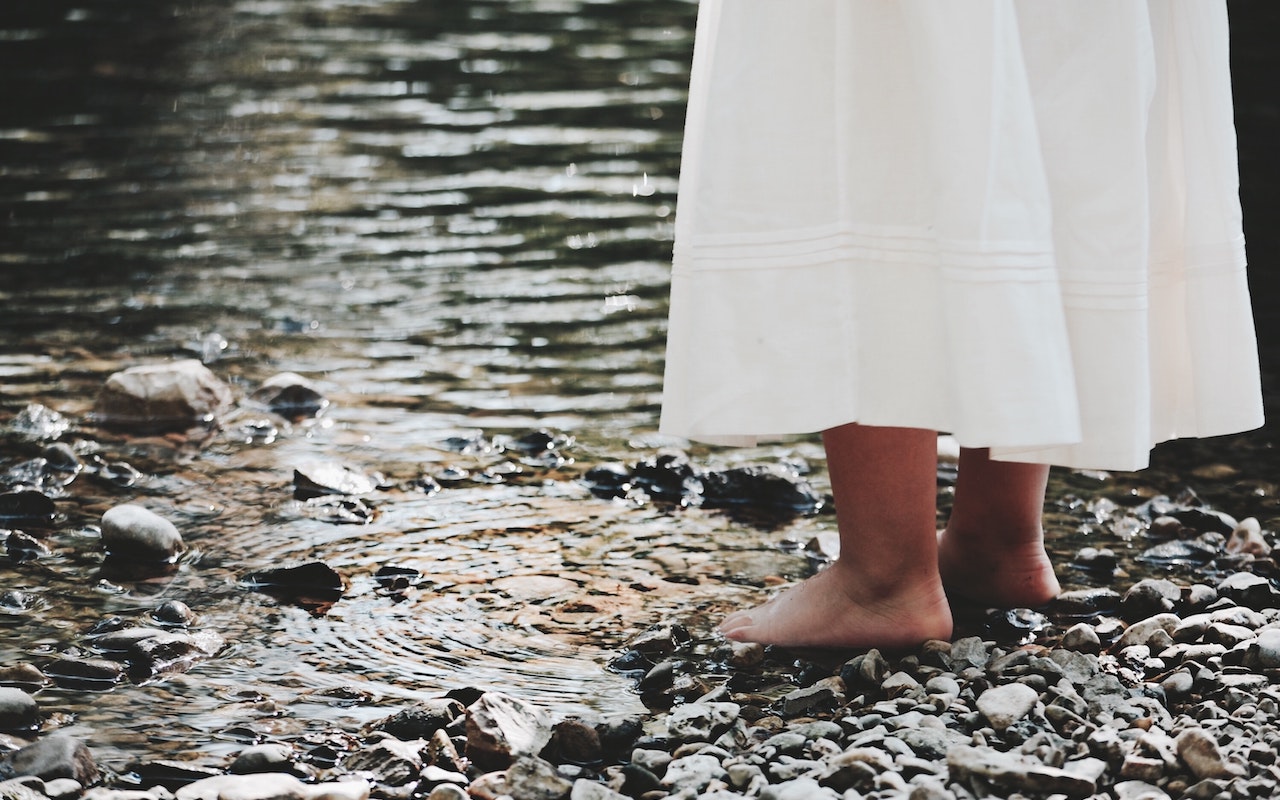 At the end of his socratic dialogue, The Republic, Plato described the warrior Er, who was killed in battle but came back to life at his own funeral. Upon reviving, Er explained that while “dead,” he was taken to a place outside his body into a sort of afterlife. Plato believed Er’s story (and others like it) and took it as an indication that there is a life after death.

Throughout history and across cultures, people have studied and reported on Near Death Experiences (NDEs) like Er’s. In the past 100 years or so, stories of NDEs have become more prevalent, as we now have the medical technology to revive patients from near brushes with death.

Today, approximately 9% of adults and 85% of children who undergo cardiac arrest have a near death experience. Contemporary studies have surveyed near death experiences of the old and young, revealing patterns and similarities as data is collected. While a number of these similarities are quite fascinating, this article will focus on what may be the most captivating of all: the transphysical experience of the afterlife.

By looking at patients' accounts of the afterlife, we may be able to infer clues into our own afterlife. More specifically for the Christian, are there any parallels that we can draw between NDEs, heaven, and Jesus’ message in the New Testament that our souls live on after our bodies die?

For a short intro to NDEs, download our free pdf, “5 Things to Remember About NDE’s.” This cheat sheet is a quick primer on how near death experiences support the existence of a soul (including four important medical studies on the topic).

Characteristics of the Transphysical in NDEs

As mentioned above, NDE accounts often have several elements in common. One in particular is the experience of the transphysical, that is, an experience not constituted by and subject to the laws of physics. People's reports of their NDEs describe this as leaving the physical body, while the transphysical self is completely intact. The transphysical self is self-conscious and capable of seeing and hearing—without the biological organs associated with those functions. It retains all memories, and appears to have acute recall and memory functions—without use of the brain!

Furthermore, the transphysical self is aware of itself, its identity, and its distinction from others in a way that is more than just self-consciousness. Though not actually physical, it is like an ethereal remnant of the physical body, and is not limited by gravity or physical restrictions, such as walls or roofs. 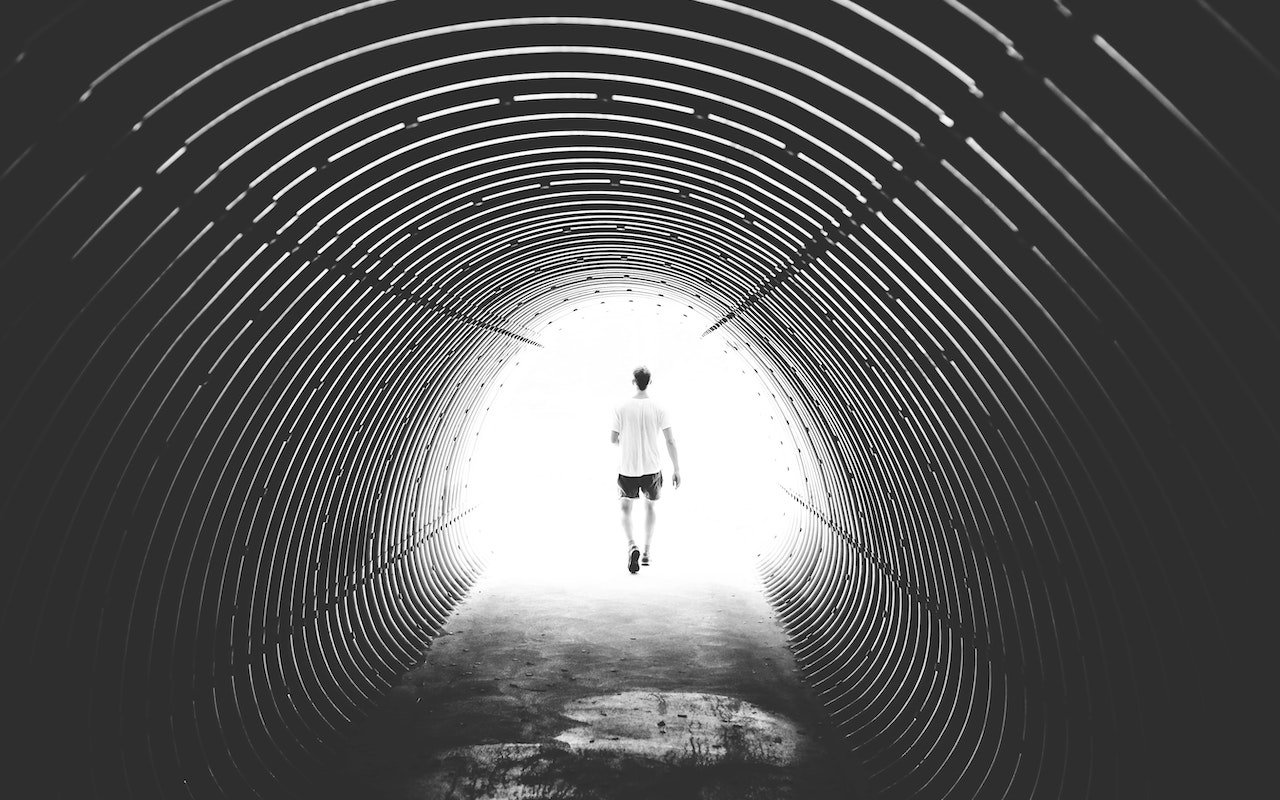 Sometimes this transphysical component of the person is called into a spiritual or heavenly domain (often with a sense of traveling through a tunnel) where it encounters spiritual beings like itself (e.g., deceased relatives). It might also encounter a wholly transcendent being greater than itself—such as a loving white light. It can communicate with these beings without the use of voice and sounds.

To summarize, common transphysical attributes of a near death experience are:

Below is an example of an NDE with some of these characteristics. This case, from Pim van Lommel’s book Consciousness Beyond Life, resembles hundreds of others reported by researchers:

“Swift as an arrow, I fly through a dark tunnel. I’m engulfed by an overwhelming feeling of peace and bliss. I feel intensely satisfied, happy, calm, and peaceful. I hear wonderful music. I see beautiful colors and gorgeous flowers in all colors of the rainbow in a large meadow. At the far end is a beautiful, clear, warm light. This is where I must go. I see a figure in a light garment. This figure is waiting for me and reaches out her hand. It feels like a warm and loving welcome. Hand in hand, we move toward the beautiful and warm light. Then she lets go of my hand and turns around. I feel something pulling me back.”

Similarities Between the Christian Revelation of Heaven and Near Death Experiences

Assuming the reader has a basic understanding of the Christian revelation of heaven, one can see that there are several similarities between it and the transphysical components of an NDE. (Note: for more on what the Church teaches about heaven, see Catechism of the Catholic Church (CCC), 1023-1029.) Three similarities in particular stand out: freedom from physical limitations, feelings of peace and painlessness, and love.

During an NDE, people report leaving their physical body while still maintaining bodily powers like seeing and hearing. Saint Paul talks about the idea of a spiritual body in his dialogue on the resurrection of the dead:

Furthermore, people with NDEs report the ability to move through walls, ascend upward, and move beyond the physical domain. The resurrected Jesus had—and still has—these freedoms in his glorified body (see John 20:19 and Acts 1:9). Christian revelation teaches that our own bodies will be similarly transformed at the resurrection:

“And we eagerly await a Savior from there [heaven], the Lord Jesus Christ, who, by the power that enables him to bring everything under his control, will transform our lowly bodies so that they will be like his glorious body.” —Philippians 3:20-21

Feelings of Peace and Painlessness

The dimension of peace, beauty, joy, and paradise—ultimate fulfillment—in many accounts of NDEs echoes Christian revelation about the Kingdom of Heaven:

“Heaven is the ultimate end and fulfillment of the deepest human longings, the state of supreme, definitive happiness.” —CCC, 1024

“He will wipe every tear from their eyes. There will be no more death or mourning or crying or pain, for the old order of things has passed away.” —Revelation 21:4

NDE patients describe overwhelming love in a realm of light and/or a loving white light as their dominant experience. The following verse employs this idea of God in heaven as light:

“And there will be no more night; they need no light of lamp or sun, for the Lord God will be their light, and they will reign forever and ever.” —Revelation 22:5

The aspect of overwhelming love radiating from this light resembles the love of the Father revealed in the Parable of the Prodigal Son: unconditional, forgiving, compassionate, affectionate, and accepting (Luke 15:11-32).

How We Can Use Similarities of Biblical Accounts of Heaven and NDEs in Our Life?

Now that we’ve looked at the similarities between what the Bible says about heaven and NDEs, what do we do with this information? We know that the transphysical aspects of NDE’s support scriptural revelation of heaven. Therefore, we, like Plato, can use accounts of NDEs to affirm that we have a soul and we live on after bodily death.

Furthermore, the experience of overwhelming love by those who encountered a “being of light” provokes the intuition that this being’s intention is not only to give short-term benevolence, but unconditional and eternal love. This not only supports the revelation of God’s love for us, but it corresponds to the fulfillment of our greatest desire as humans: to love and be loved.

In the end, the Church reminds us that “this mystery of blessed communion with God and all who are in Christ is beyond all understanding and description” (CCC, 1027). Jesus told us that "no eye has seen, nor ear heard, nor the heart of man conceived, what God has prepared for those who love him" (1 Corinthians 2:9). This revelation of heaven, and supporting accounts from near death experiences, should serve to inspire us to make heaven our ultimate goal. For only in heaven will we be completely happy, and only there will we finally see God face to face:

“How great will your glory and happiness be, to be allowed to see God, to be honored with sharing the joy of salvation and eternal light with Christ your Lord and God,...  to delight in the joy of immortality in the Kingdom of heaven with the righteous and God's friends.” —CCC, 1028