The correct answer: all of the above contributed in some way—and many others! 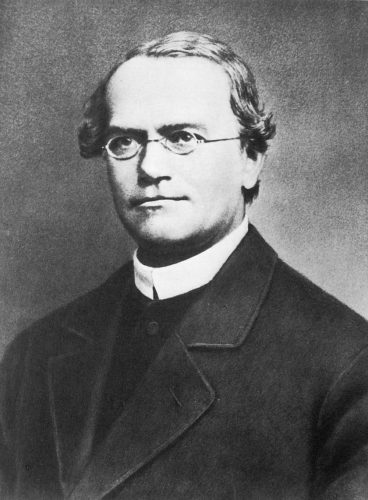 Of the few facts you remember from high school biology, one of them might be about Gregor Mendel and his observations of pea plants. You might remember terms like “dominant” and “recessive” traits, and that Mendel figured out there were two “factors” for each trait. You may or may not have been told that he was a monk working in a monastery. The standard assumption of most students is that he was a gardener.

In an article on the life of Gregor Mendel, Fr. Robert Macke makes a humorous point about this above picture of Mendel: does he look like a simple gardener?

“The fact is, Gregor Mendel was a scientist, and the monastery in which he lived was involved in scientific research, particularly in agricultural research. He was actively studying the inheritance of traits, for which he painstakingly cultivated and interbred over 28,000 plants. We know of his work because he published his findings in scientific journals.”

When Mendel published his results in 1865, no one knew anything about DNA or even much about the cellular structure of organisms. This is why, even though Mendel is well known in the history of genetics, he is a background or “hidden” figure in the discovery of the master molecule, DNA.

Of DNA, chromosomes and genes

The separate but closely related stories of the DNA molecule and Mendel’s factors would not converge until 1944. It is a fascinating story of discovery, one piece of evidence forming the foundation of the next discovery. Chromosomes were observed in cell division and identified in 1882 by Walther Flemming. It would take another 20 years to recognize that the “units of heredity” (Mendel’s factors, called “genes” finally in 1909) were located on these chromosomes. In 1944, Oswald Avery and his colleagues at the Rockefeller University concluded in their seminal paper that genes are composed of segments of DNA. Here the stories of the laws of inheritance, chromosomes, genes, and DNA finally meet.

The drama of DNA’s isolation and discovery, however, began in 1869. 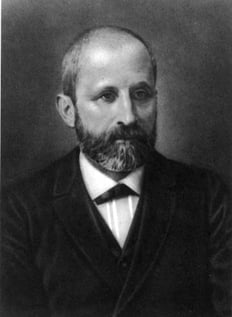 In 1869, Friedrich Miescher, a Swiss chemist working on isolating the components of white blood cells, isolated a new protein-like substance. Because it appeared to come from the nucleus of the cell, he named it “nuclein.” After developing novel means of isolating this protein-like substance, ensuing analyses allowed him to determine that although it was like proteins, it contained phosphorus not sulfur.

Another startling discovery emerged as Miescher examined other types of cells, including the cells of multiple animal species: this same “nuclein” kept showing up! Subsequently, the “acidic” nature of this molecule became clear. In 1889, Richard Altmann isolated the acidic component of “nuclein” and, for the first time, used the term “nucleic acid.”

Phoebus Levene was a Russian physician who was hired by the Rockefeller Institute for Medical Research in 1905. There he researched nucleic acids and, in 1919, he suggested a model for the structure of this “tetranucleotide molecule.”

“Levene proposed that nucleic acids were composed of a series of nucleotides, and that each nucleotide was in turn composed of just one of four nitrogen-containing bases, a sugar molecule, and a phosphate group.” -Leslie A. Pray, Ph.D., “Discovery of DNA Structure and Function: Watson and Crick”

Although this model is incorrect in some of the details, for years it was used as a guide by researchers who sought to clarify the structures of what are now known as RNA and DNA.

According to Vatican Observatory writer Br. Robert Macke, Sr. Miriam Michael Stimson played a key role in the quest to identify the structure of the DNA molecule. Her contribution is rarely recognized, so she truly is a “hidden figure” in the drama of its discovery.

Stimson joined the Dominicans in 1935 and completed her B.S., M.S., and PhD in chemistry by 1948. Most of Stimson’s research focused on analyzing the chemistry of amino acids. She developed a powerful technique for visualizing amino acids using a potassium bromide (KBr) preparation and spectroscopy. In this way, she was able to clearly identify what we now call the “rung” of the DNA helix:

“At the time, it was thought that the nucleotide bases (ACGT, or adenine, cytosine, guanine, and thymine) were located on the outside of the DNA molecule, but Stimson was able to determine that they were interior to the structure.” -Br. Robert Macke SJ, “Religious Scientists: Sr. Miriam Michael Stimson O.P. (1913-2002); Structure of DNA”

In 1949, the work of Erwin Chargaff confirmed that these DNA nucleotide bases varied between species, but within a species they were found in fixed ratios.

The repeating helical structure of the DNA molecule was exposed in a famous x-ray diffraction picture known as Photo 51. This picture was the pioneering work of Rosalind Franklin, a British chemist with expertise in x-ray crystallography.

In 1951, King’s College London hired Franklin to improve their x-ray crystallography unit. Many believe that an early misunderstanding between Franklin and colleague Maurice Wilkins prompted Wilkins to show Franklin’s work—without her permission—to James Watson and Francis Crick at Cambridge. Watson and Crick were also working out the structure of DNA and have admitted that Photo 51 was the key that confirmed what they had only theorized. 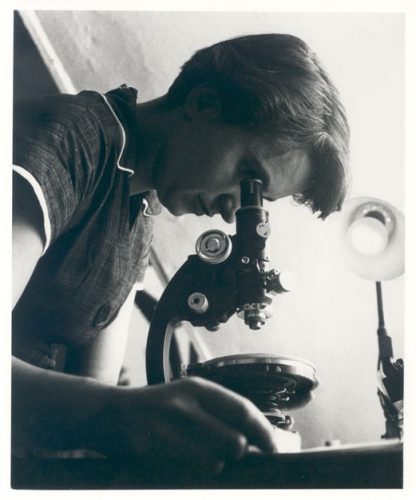 In 1953, Maurice Wilkins’ work was published alongside the paper submitted by Watson and Crick in the same issue of Nature. At this time, Franklin had left King’s College, and as part of an agreement with the laboratory, had ceased work on DNA.

In his autobiography, “The Third Man of the Double Helix,” Wilkins claims that the picture, which he presented over a dinner in Soho, made no impression on Watson. This contradicts Watson’s reaction as reported in Brenda Maddox’s book, Rosalind Franklin: The Dark Lady of DNA: “My jaw fell open and my pulse began to race.”

Wilkins at least shared the 1962 Nobel Prize with Watson and Crick, an honor denied to Franklin who had died of cancer in 1958. (Nobel Prizes are not granted posthumously.)

The rest of the story

In 1953, Watson and Crick submitted a paper to Nature. The article described their novel interpretation of the data that proposed the now famous double helix of DNA. In that same issue, Wilkins submitted his work as part of the supporting evidence for their proposal. His paper was lengthy, technical, and difficult to follow according to an article entitled “Three Papers, Three Lessons.” The article also notes that Crick and Watson fully acknowledged the importance of Wilkins and Franklin’s work in a footnote from a paper they published the following year:

“… we wish to point out that without this [King's] data the formulation of our structure would have been most unlikely, if not impossible.”

Most discoveries in science are the fruitful result of the work of many scientists from diverse times, places, and disciplines. That Watson and Crick grabbed, or were propelled into, the limelight is simply an artifact in the story and a by-product of the time and popular culture—and possibly the personalities involved.

The uncovering of the stories behind the story is always an adventure and a window into the world of scientists. They may labor quietly without recognition or they may be propelled into the public eye. They, like us, can be driven by a desire for truth and still be tempted to grasp at the misty tendrils of fame and admiration.