History of the Shroud of Turin (Cutting through the Controversy!) 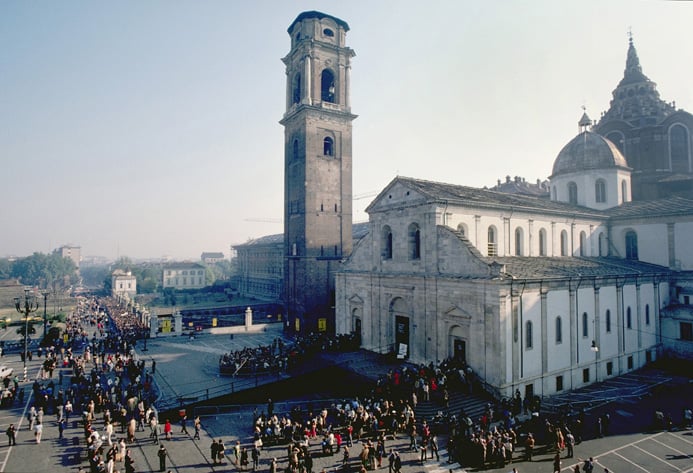 The Shroud of Turin, or the burial cloth of Jesus, first appeared in 1349 in historical documents associated with the 14th century French crusader, Geoffrey de Charnay.

Geoffrey de Charnay was married to Jeanne de Vergy, a 5th generation descendent of Othon de la Roche and a leader of the 4th crusade. This is significant because the 4th crusade ended in the sack of Constantinople, and biological evidence confirms the Shroud’s presence in that region. 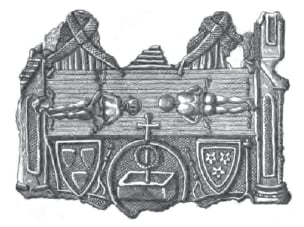 Drawing of a pilgrim badge found in the Seine river, under the "Pont-au-Change" bridge (Paris, France), in 1855. The badge bears a representation of the Shroud of Lirey (Shroud of Turin), the arms of Charny and those of Vergy. The badge is in the Musée National du Moyen Âge, Thermes de Cluny, Paris. / Arthur Forgeais (1822-1878) [Public domain]

Additionally, there are striking facial similarities to a well documented relic from Constantinople: the Mandylion or the Image of Edessa. It is likely that the Shroud was in the possession of this family from 1204 AD and may have been part of Jeanne de Vergy’s dowry. 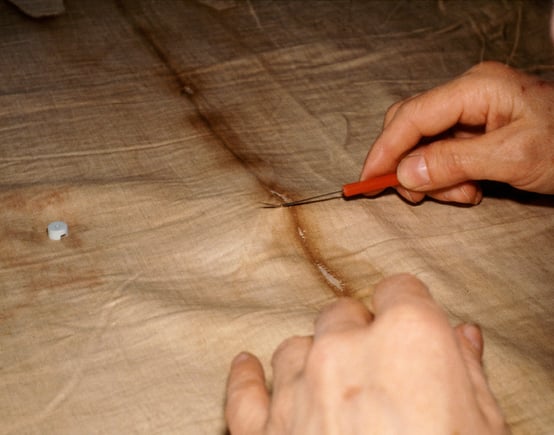 A single thread is removed from the Shroud by one of the Poor Clare nuns using a fine dissecting needle. ©1978 Barrie M. Schwortz Collection, STERA, Inc.

The Shroud has also made it into history in modern times. Key dates include the following: 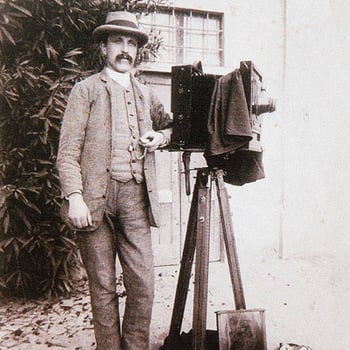 Secundo Pia, first to photograph the Shroud of Turin

Featured Image: Crowds wait in line in front of the Turin Cathedral to see the Shroud while it is on public display in 1978. ©1978 Barrie M. Schwortz Collection, STERA, Inc.

More on the Shroud of Turin