This year’s recipient is research scientist, Dr. Francis Collins, MD, Ph.D. He is the current Director of the National Institute of Health and is perhaps best known for leading the Human Genome Project to its completion in 2003. (Dr. Collins was featured in a previous Magis post here.)

In the announcement, Dr. Collins was praised for demonstrating through “his scientific leadership, public speaking, and popular writing, including his bestselling 2006 book, ‘The Language of God’... how religious faith can motivate and inspire rigorous scientific research.” 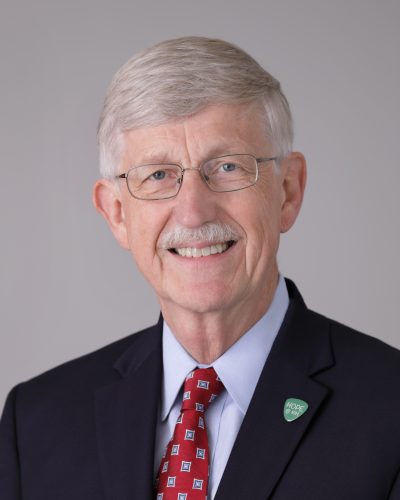 Francis Collins, Director of the National Institutes of Health and winner of the 2020 Templeton Prize

Most people know of Francis Collins as Director of the National Human Genome Research Institute, which successfully mapped the human genome in 2003. The Human Genome Project remains the largest biological collaboration in history. Much less known is Collins’ groundbreaking work in previous years at the University of Michigan. There he developed a technique called “chromosome jumping,” and, according to Templeton’s biography on Collins, he,

“...was known as the ‘gene hunter’ for his pioneering technique of ‘positional cloning’ to pinpoint disease-related genes. His research groups have been responsible for the discovery of the genes responsible for cystic fibrosis, neurofibromatosis, Huntington’s disease, and Hutchinson-Guilford progeria syndrome, a rare form of premature aging.”

Currently, Collins is the Director of the National Institute of Health, an appointment which began in 2009. Under his leadership, which is the longest in its history, the Institute has generated research in several key areas. Templeton’s biography points out just a few:

“Among the many initiatives launched under Collins’s direction at NIH are ‘BRAIN: Brain Research through Advancing Innovative Neurotechnologies,’ to develop tools to examine the brain’s cells and circuits; ‘Sound Health: Music and the Mind,’ examining how music can have health and wellness applications; and ‘HEAL: Helping to End Addiction Long Term,’ in response to the national opioid crisis.”

From atheist to Christian

The short but detailed biography on the Templeton website chronicles Collins’ educational journey from a homeschooled agrarian upbringing to medical school and beyond. It also relates his journey from agnosticism to atheism. After witnessing the faith and strength of many of his dying patients, he began to question his unbelief while in his third year of medical school. At the suggestion of a Christian neighbor, Collins read C.S. Lewis’ “Mere Christianity.” That book was the beginning of an intellectual search that ultimately led him to embrace Christianity.

In 2006, Collins contributed his own book of apologetics, “The Language of God: A Scientist Presents Evidence for Belief.” Collins has been “astounded” by its reception; it was on the New York Times bestseller list for 16 weeks and has translations in 24 languages. Since then, he has published three other books: “The Language of Life: DNA and the Revolution in Personalized Medicine,” “Belief: Readings on the Reasons for Faith,” and “The Language of Science and Faith: Straight Answers to Genuine Questions.”

In 2007, Collins and his wife, Diane Baker, founded the non-profit, BioLogos. Its purpose is to highlight the harmony between science and biblical faith. It achieves this goal through publishing articles and podcasts from Christian scientists promoting an understanding of creation that is in keeping with recent scientific discoveries.

Collins as a Christian scientist

Deborah Haarsma, current director of Biologos, had this to say about its founder:

“Few individuals bring together such incredible scientific expertise, deep personal humility, genuine faith in Christ, and a desire for dialogue with those who hold other views.”

“My favorite example is his friendship with the late Christiopher Hitchens, an outspoken atheist and aggressive critic of any religious belief… Francis met him through a public debate and went on to build an unlikely friendship. When Hitchens fell ill, Francis visited him as a physician, working to connect him with the latest cutting-edge treatments”

Heather Templeton Dill, current President of the Templeton Foundation, praised Collins for embodying “the ideals and core convictions” that inspired her grandfather, Sir John Templeton, to establish the Prize:

“In his role as a scientist, government official, and public intellectual, Francis Collins has used his platform to engage groups of diverse perspectives, and encouraged greater curiosity, open-mindedness, and humility among scientists and religious believers with the aim of illuminating a pathway toward, as he has written, ‘a sober and intellectually honest integration’ of the scientific and spiritual perspectives.”

Templeton and the importance of dialogue

In these fractured and difficult times, the importance of dialogue has been poignantly highlighted—as the current crisis calls for the input of multiple experts from a diverse range of disciplines. (Perhaps now is the time for another of John Templeton’s projects, the Humble Initiative, to find its way into the public square!)

Sir John Templeton created the Templeton Prize because of his passionate belief that both science and religion will make fruitful progress when scientists, philosophers, and theologians are in a respectful dialogue. Many of his initiatives have succeeded in carving out a space for that dialogue to occur. His vision can be summarized as “harnessing the power of the sciences to explore the deepest questions of the universe and humankind’s place and purpose within it.”

Dr. Collins has played an essential role in that quest. Congratulations, Dr. Collins!

“I have found there is a wonderful harmony in the complementary truths of science and faith. The God of the Bible is also the God of the genome.” -Dr. Francis Collins