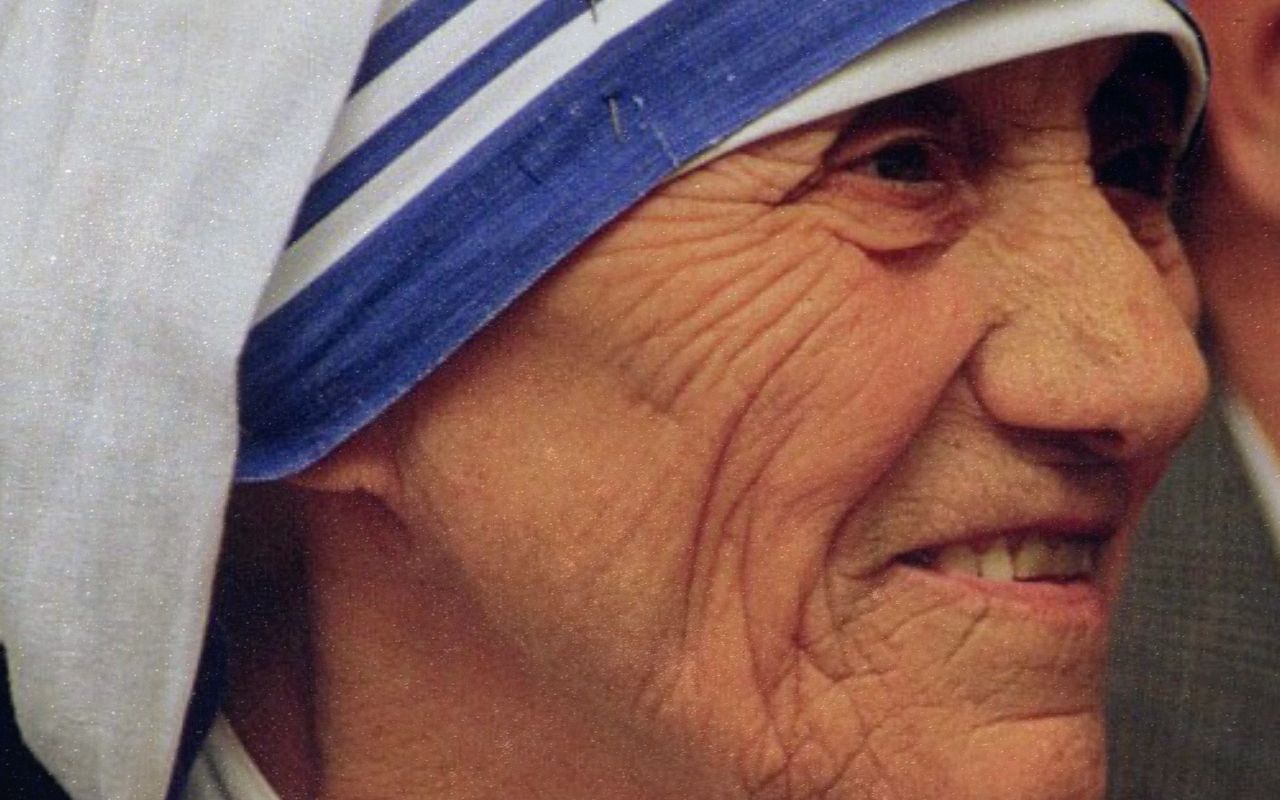 Mother Teresa of Calcutta’s life was a miracle, so to speak, in itself. At the age of eighteen, Mother Teresa left her home in Skopje, North Macedonia to join the Sisters of Loreto in Ireland, never to see her family again.

After a time, Mother Teresa was transferred to the Sisters of Loreto’s convent in Calcutta. It was there that felt called to serve the dying and impoverished in the streets of Calcutta. This call brought her to found her own order, the Missionaries of Charity, and live among and serve what she called “the poorest of the poor.”

Mother Teresa's extreme ways of poverty led some people to criticise her. Others felt she was careless in handling donations to the convent. Upon her beatification, articles came up declaring that Mother Teresa was no saint.

Two of Mother Teresa’s main critics are Indian Doctor, Aroup Chatterjee, and film host, Christopher Hitchens. Both men were asked to give evidence against Mother Teresa as part of the process of canonization.

Hitchens co-wrote and hosted a documentary entitled “Hell’s Angel,” where he criticized the lack of sanitary conditions in Mother Teresa’s home for the dying. Chatterjee originally contributed to the film, but retracted all support saying that Hitchens account was too “slanderous and sensationalist.” Chatterjee went on to write a book entitled, “Mother Teresa: The Untold Story,” in which he also highlights the uncleanliness of Mother Teresa’s hospices.

However, the criticisms of both Hitchens and Chatterjee were undermined both by the ad hominem nature of their attacks and by the fact that the Missionary of Charity hospices continue to open all over the world. After a close examination of the attacks on Mother’s Teresa, the Vatican concluded that they do not dim Mother Teresa’s saintly character. Fr. Peter Gumpel, an official at the Congregation for the Cause of Saints, states:

“What many do not understand is the desperate conditions Mother Teresa constantly faced, and that her special charism was not to found or run hospitals—the Church has many who do that—but to rescue those who were given no chance of surviving, and otherwise would have died on the street.”

The healing of Monica Besra in Bengali, India, was the first miracle that led to Mother Teresa’s beatification. Monica had a tumefaction (swelling caused by accumulation of fluid in the tissues) of about 16 centimeters in her abdomen. Monica sought medical help, but, because she had been sick with tuberculosis prior to the tumor, she was found too weak to operate on.

One day, Monica went to mass and saw a ray of light emit from a picture of Mother Teresa. Then, one of the Missionary of Charity sisters took a medal of the Virgin Mary and tied it around Monica’s swollen abdomen. Fr. Brian Kolodiejchuk, the postulator of Mother Teresa’s case for canonization, describes it thus in an interview with the New York Times:

“On Sept. 5, the first anniversary of Mother Teresa’s death, the Sister Superior took a medal of Mary that had been touched directly to the body of Mother Teresa at the time of the funeral, placed it on Monica’s stomach and made a very simple prayer: ‘Mother, today’s your day. You love the poor. Do something for Monica.’”

About eight hours later, Monica’s tumor had completely disappeared. Eleven doctors, only two of whom were Catholic, examined Monica’s case and came to the conclusion that there was no medical explanation as to how the tumor disappeared so quickly. The Vatican approved Monica’s healing as Mother Teresa’s first miracle. The miraculous healing of Monica Besra occured in 2002, and in October of 2003, Mother Teresa was beatified by Pope St. John Paul II.

The second Miracle that led to the canonization of Mother Teresa was the healing of Marcilio Andrino in 2008. Marcilio, a native of Brazil, had an infection in his brain that had led to multiple brain abscesses. He had also developed hydrocephalus (a buildup of fluid in the cavities of the brain).

Marcilio’s wife, Fernanda, would often place a relic of Mother Teresa on her husband’s head. She also prayed a novena to Mother Teresa of Calcutta asking for healing, but Marcilio’s case only got worse. On Dec. 9, 2008, at 2:00 a.m., Marcilio woke up in incredible pain, then slipped into a coma. Though Maricilo was near death, they took him to the hospital to drain fluid from his head as a last attempt to save his life. The doctor who was to operate left the operating room to seek assistance from another doctor. When he returned, Marcilio was awake and in no pain; he even asked the doctor, “What am I doing here?” This was at 6:10 p.m., only about 14 hours after Marcilio had fallen into a coma.

Marcillo then had two brain scans: one that day and another four days later. Multiple surgeons looked at the brain scans, but none could find an explanation as to how Marcilio healed so quickly. In Dec. 2015, the Vatican approved this as Mother Teresa’s second miracle.

With two miracles approved, Pope Francis canonized Mother Teresa a saint on September 4, 2016—just a day shy of the 19th anniversary of her death.

In his homily for her canonization mass, Pope Francis preached:

“For Mother Teresa, mercy was the ‘salt’ which gave flavour to her work, it was the ‘light’ which shone in the darkness of the many who no longer had tears to shed for their poverty and suffering.”

Even after her death, Mother Teresa continues to share the loving mercy of God, not only in the miraculous healings of Monica Besra and Marcilio Andrino, but with all who entrust their prayers to her for their own little miracles.

Prayer to Mother Teresa for a miracle

Many Catholics practice the tradition of praying a novena, which is asking a saint’s intercession over the course of 9 consecutive days. Below is a popular novena prayer to Mother Teresa for a miracle:

Saint Teresa of Calcutta, you allowed the thirsting love of Jesus on the Cross to become a living flame within you, and so became the light of His love to all. Obtain from the Heart of Jesus… (here make your request). Teach me to allow Jesus to penetrate and possess my whole being so completely that my life, too, may radiate His light and love to others. Amen.

Remember, O most gracious Virgin Mary, that never was it known that anyone who fled to thy protection, implored thy help, or sought thine intercession was left unaided. Inspired by this confidence, I fly unto thee, O Virgin of virgins, my mother; to thee do I come, before thee I stand, sinful and sorrowful. O Mother of the Word Incarnate, despise not my petitions, but in thy mercy hear and answer me. Amen.

Science and Miracles: The Intercession of Archbishop Fulton Sheen