Prophecy and the Catholic Church 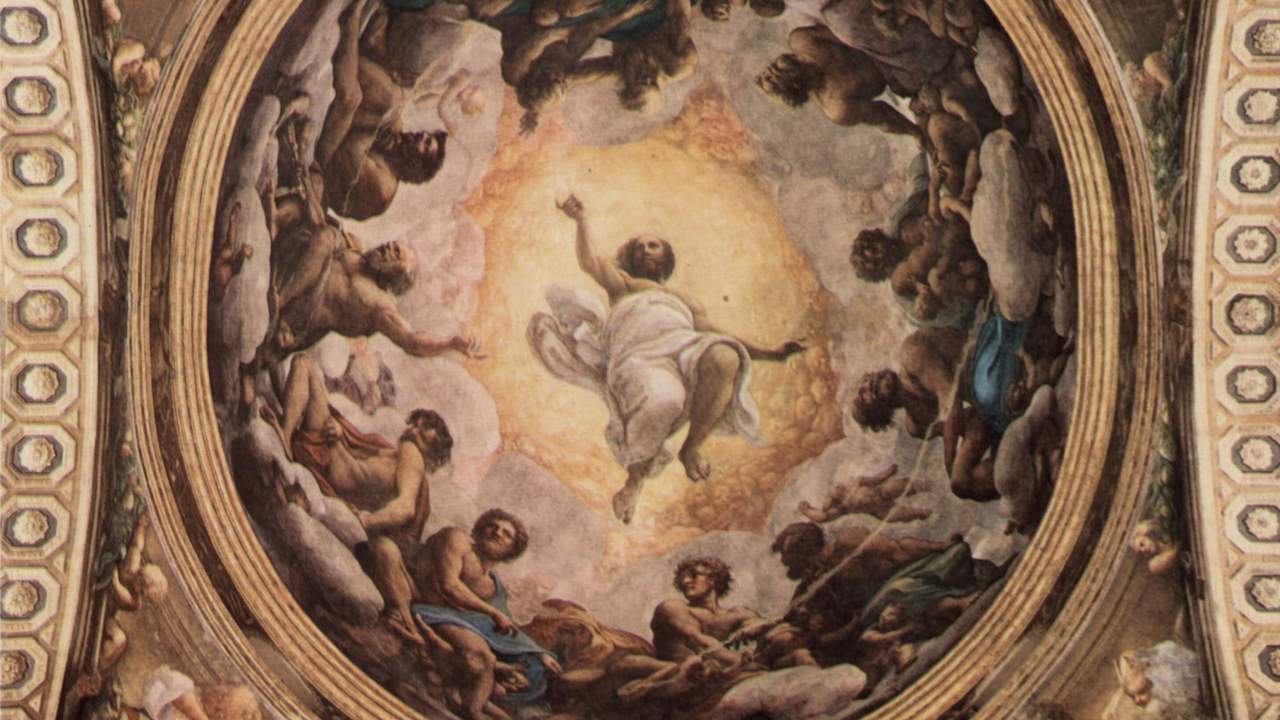 The Bible uses the term prophecy to denote both a spiritual gift and future-seeing. Typically when we speak of prophecy in conversation, we mean what is called eschatology, or the study of the final things—the events immediately before Jesus’ return and the end of the ages (Matthew 24:13, 2 Timothy 2:1, 2 Peter 3:3).

Because little has been defined by the Magisterium concerning the end times, Catholic eschatology is part of what is called “speculative theology.” This designation means the subject is open for speculation and development by Catholics seeking truth.

Which Prophecies Are Trustworthy

However, in speaking about end-times prophecy, the Bible warns us to adhere to Sacred Tradition and Sacred Scripture. Saint Peter states unequivocally that “no prophecy of Scripture is a matter of one’s own interpretation” (2 Peter 1:20); therefore, prophecy is a matter of public interpretation in the Church, “the pillar and bulwark of the truth” (1 Timothy 3:15).

“stand firm and hold to the traditions which you were taught by us, either by word of mouth or by letter” (2 Thessalonians 2:1-13).

What is defined by the Church on the end-times is contained in the Scriptures, the Catechism, and the writings of the Church Fathers. In the broadest sense, end times or “last days” means the time between Jesus’ first and second comings, the era of the Church. More narrowly, the end will occur at The Second Coming and Last Judgment.

One popular end times belief is that Jesus will establish a throne on the earth and reign for a literal thousand years. This is a heretical interpretation of Revelation 20 called millenarianism, and is condemned by the Church.

The one thousand years in Revelation is a biblical literary device, common to apocalyptic writings, that denotes an indefinite long time between the persecutions of the Church of the first century and the final unleashing of evil at the end. So Jesus reigns now, both in eternity, and in and through the Church (Revelation 1:12-20; see also Chapter 8, The Light of Truth, of Fulfilled).

According to the Church, the actual meaning of the passage is that those who died in years and millennia before the reign of the Antichrist will not meet their savior before those who remain alive on earth during the time of the Antichrist. All of us—Church Triumphant, Church Suffering, and Church Militant—will meet him together as one mystical body of Christ at the Second Coming and resurrection of the dead, and live in eternity with him forever.

These two grave errors in interpreting difficult eschatological passages—both of which I was taught as a non-Catholic—are why cleaving to Tradition and Scripture is so necessary.

“The Holy Fathers, we say, are of supreme authority, whenever they all interpret in one and the same manner any text of the Bible, as pertaining to the doctrine of faith or morals; for their unanimity clearly evinces that such interpretation has come down from the Apostles as a matter of Catholic faith” (Providentissimus Deus, 38).

“We receive those doctrines which they thus teach, not merely because they teach them, but because they bear witness that all Christians everywhere then held them” (John Henry Newman on Antichrist in the Church Fathers, 45).

A brief chronology of end-times events according to Scripture and Tradition in the Church Fathers and approved prophecies is available here. The Catechism also provides a general order of events (CCC 673-677).

As a former non-Catholic studying the Church Fathers, I was alarmed at how much clarification the Fathers and Tradition offer on the end-times. The writings throughout history were unanimous on many issues that contradicted much of what I had been taught as a Baptist! I worried the Catholic Church was simply protecting itself from non-Catholic assertions that she and the pope would one day be the false prophet-partner to the Antichrist.

I found myself asking and re-asking, how do I know if this is true? I finally had to consider that the Catholic Church had no reason to protect herself from such assertions before 1500 AD, so the teachings up to that point had to be purer than anything that came afterward, especially when they were unanimous!

One such prophecy is that there will be an era of peace, sweeping evangelization, and almost world-wide unity: among Catholic and non-Catholic Christians, Jews with Christians, and other faiths to Christianity. The Scriptures themselves, and many approved Catholic prophecies throughout history, speak of a minor chastisement toward the end of the world, after which will occur the era of peace, a new Pax Romana or Holy Roman Empire (Daniel 2; 2 Thessalonians 2:1-12; Matthew 24:37-39; Luke 17:26-30 ), and the reunion of Christians under the Catholic Church.

Regarding the Church’s Current Chastisement

Only later will the major chastisement occur, The Great Tribulation, in which the entire world will be conquered and fall away from faith under a personal Antichrist. His reign of terror will continue for seven years. And then Jesus will appear.

“For the mystery of lawlessness is already at work; only He who now restrains it will do so until He is out of the way. And then the lawless one will be revealed, and the Lord Jesus will slay him with the breath of his mouth and destroy him by his appearing and his coming” (2 Thessalonians 2:7-8).

Only after a time of normalcy that ushers in unity does the Second Coming occur. This great era of peace is why our last several popes have encouraged us toward the New Evangelization, so that the “full number of Gentiles come in,” followed by “all Israel” (Romans 11:25-26).

If what we are currently experiencing in the Church is part of the minor chastisement spoken of in approved Catholic prophecy, we are living in the period just before the evangelization of the entire world. How exciting! And how sobering it is to think that we are only experiencing a fraction of what will come afterward in the great tribulation under the Antichrist.

“Now when these things begin to take place, look up and raise your heads, because your redemption is drawing near” (Luke 21:28).

In the meantime, do not be tempted to search for the truth in non-Catholic interpretations of biblical prophecy. This passage from Providentissimus Deus provides helpful direction in avoiding those interpretations which fail to perceive the essence of Scripture:

“In things of faith and morals, the true sense of Holy Scripture is held by the Church, whose place it is to judge the interpretation of the Scriptures (1 Tim 3:15); and it is permitted to no one to interpret Holy Scripture against such sense or against the unanimous agreement of the Fathers’ (34). What can be a greater sign of pride than to refuse to study the Books of the divine mysteries by the help of those who have interpreted them?

“But it is most unbecoming to pass by, in ignorance or contempt, the excellent work which Catholics have left in abundance, and to have recourse to the works of non-Catholics – and to seek in them, to the detriment of sound doctrine and often to the peril of faith, the explanation of passages on which Catholics long ago have successfully employed their talent and their labour. For although the studies of non-Catholics, used with prudence, may sometimes be of use to the Catholic student, he should, nevertheless, bear well in mind-as the Fathers also teach in numerous passages (41) – that the sense of Holy Scripture can nowhere be found incorrupt outside of the Church, and cannot be expected to be found in writers who, being without the true faith, only gnaw the bark of the Sacred Scripture, and never attain its pith” (34, 37, 40-41; Providentissimus Deus).

This article was originally published on the Ascension Blog and written by Sonja Corbitt. Republished with permission