Quantum Logic: Last Days and the Resurrection of the Dead 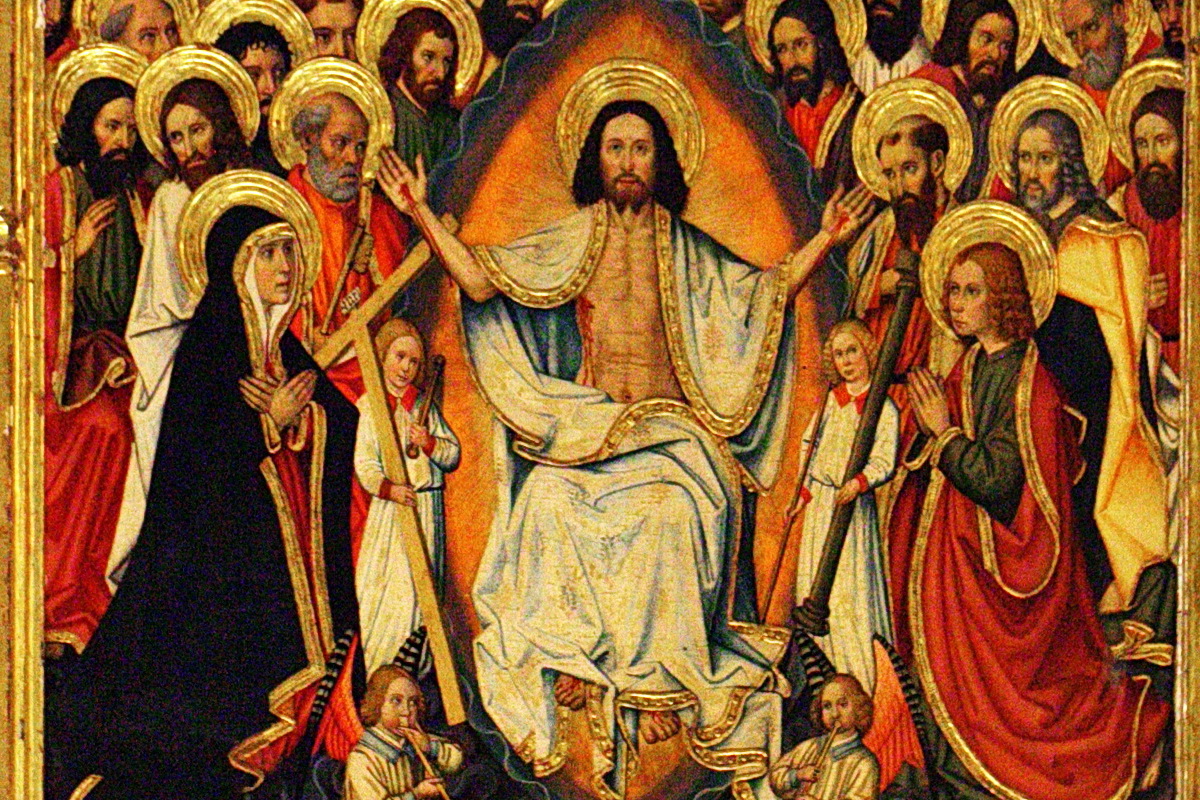 It is an article of faith for Catholics that we will be resurrected and that we will be judged on the Last Day. Could there possibly be a scientific basis for that belief? Possibly, although in the last analysis, Revelation is more convincing than science.

In an article in Quantum Cosmology and the Laws of Nature a Russian mathematician, Andrej Grib, speculated on this possibility. I'll summarize some of his novel ideas about the interpretation of quantum mechanics and how that interpretation suggests the possibility of resurrection.

"In the end the final observer is just the abstract ego of the observer—the one who is the subject of observation [i.e. the one who observes]... So it is this abstract ego which is responsible for the collapse of the wave function. This is a strong form of the subjective interpretation of quantum mechanics." Andrej Grib, op. cit., p 169

Accordingly, to speak of the wave function of the universe without specifying a measurement or an observer to make that measurement is "very bad philology" (to quote Grib), that is to say, contradictory to implicit assumptions on which quantum mechanics is based.**

Grib then links what appear to be puzzling features of quantum mechanics—the uncertainty principle that says we can't get exact simultaneous measurements on complementary variables, the wave-particle duality, the entanglement of particle shown in Bell's Theorem experiments—to this concept: the human mind operates by Boolean logic, in which there are only two possible values for any variable. This is how humans experience the world,  whereas the universe (in fundamental reality) is governed by a non-Boolean logic, a quantum logic, as we shall see below.

where "and" , "or" are logical conjunctions. (See this link for a nice illustration applied to circuit theory.)

But in quantum logic, that equality does NOT hold. What does this mean, physically? 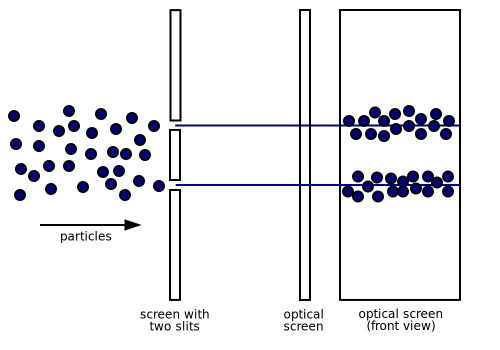 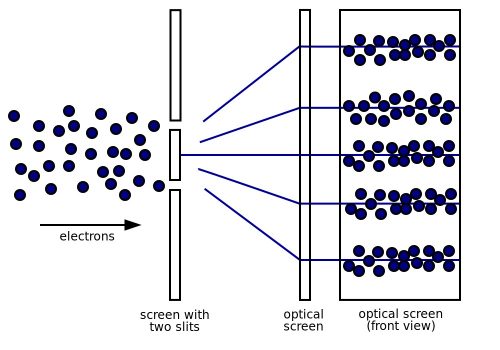 Consider the double slit experiment, shown in the illustration to the left ("Boolean Logic"). If a beam of particles passes through the two slits and behaves according to classical physics you'd expect two spots on the detecting screen, more or less opposite each slit. Now suppose you have quantum behavior (“Quantum Logic”) as shown in the illustration to the right. You have a beam of particles—photons, electrons (whatever!)—passing through the two slits.

But that is not what happens. Instead you get each individual particle behaving as if it were part of a wave and "knew" about both slits.

In other words, the logical terms B and C can't be separated into B or C, it remains B and C in quantum logic. A particle goes through both upper and lower slits at the same time, as does a wave-front.

Boolean Minds, a non-Boolean Universe, and the “Big Crunch”

Our minds, Grib says, operate in a Boolean logic mode. We cannot apprehend non-Boolean logic, whence the apparent mysteries of quantum mechanics. The perception of time itself is a consequence of this Boolean mind/non-Boolean universe dichotomy. We must experience events separately and in succession, as past, present and future, even though the physics of relativity suggests they are conjoined, that is to say are not really separated in that non-Boolean universe.

In the short space of this blog post I won't attempt to show how this reasoning leads to a quantum cosmology (to be frank, I don't altogether understand it myself). But it is a consequence of the cosmology engendered by this quantum logic that there will be a "Big Crunch:" instead of a continual expansion of space-time there will be a reversal, a contraction and, as given in the introductory quote, events and material things will come again, as in a resurrection of everything.

Grib suggests that in this case, Revelation may be a better guide to what "will" happen ("will"—a future tense—seems out of place given his joining past, present and future together).

"The idea of the collapse of the wave-function of the universe after the Big Crunch corresponds to these lives coming into a new existence where different weights will be given to different events [emphasis added]. Some of the events could be annihilated (i.e. have zero weight), which is very close to the idea of The Last Judgment). How can we know in this life what will, and what will not be important for the eternal life after the Big Crunch? The only sure answer is Revelation [emphasis and upper-case added]." op. cit., p. 181

I agree with Grib's last sentence in the quote above: "The only sure answer is Revelation." This attitude is not an appeal to fideism, that only through faith will we know what is truly important. Rather, it concedes that our knowledge of material things is limited, that there is a "veiled reality" concealing the fundamental nature of things.

Science changes. What we take as established today may be tossed in the dust-bin a hundred years from now. Revelation does indeed supersede scientific theory, because it is the Word of God.

*Press on the green book icon and chapter summary will appear on the right; press on that by Grib to get a summary.

"According to London and Bauer the main feature of consciousness is introspection:  in giving an account to myself of the state in which I am, I know that what I see now is white rather than black, and I know that I know."  op. cit. p. 170

***For a brief account of the relevant features of quantum mechanics see Quantum Divine Action via God, the Berkeleyan Observer.... and links and references therein.