Saint Augustine of Hippo: A Theologian for Our Time 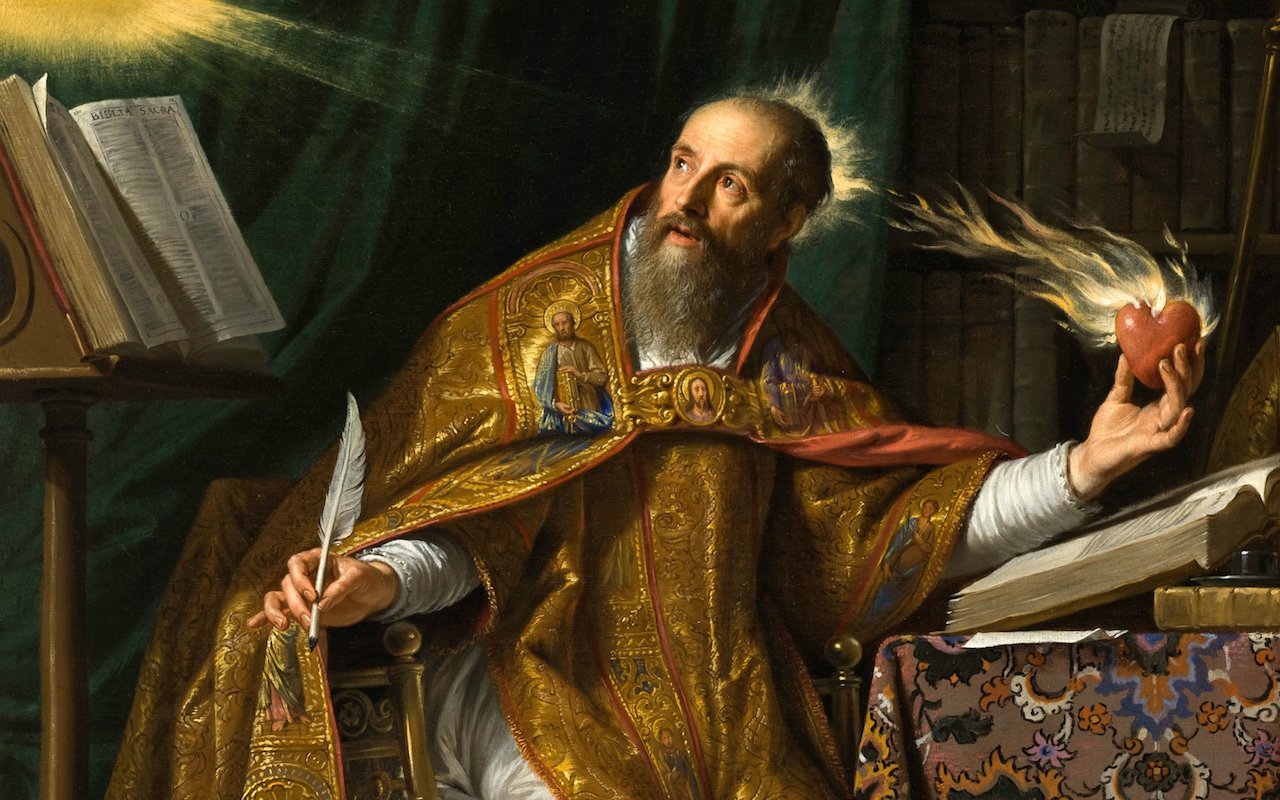 “It is also necessary—may God grant it!—that in providing others with books to read I myself should make progress, and that in trying to answer their questions I myself should find what I am seeking. Therefore at the command of God our Lord and with his help, I have undertaken not so much to discourse with authority on matters known to me as to know them better by discoursing devoutly of them.” -St. Augustine of Hippo, "The Trinity" (I, 8)

Who is your favorite saint? Mine is St. Augustine (Hippo). Rather than giving his biography and conversion story (which most of you reading this article already know), I thought it worthwhile to demonstrate how relevant today are his ideas, particularly those dealing with the philosophy and theology of creation. When you examine St. Augustine’s thoughts about creation, about time, and about evolution, you’ll see how well they fit with contemporary scientific theories.

What was there before creation?

In Book 11 of “Confessions” Augustine considered how God (and Heaven and the Word) could be eternal and yet create the universe at an instant in time.

“How, then, shall I respond to him who asks, 'What was God doing before he made heaven and earth?' I do not answer, as a certain one is reported to have done facetiously (shrugging off the force of the question). 'He was preparing hell,' he said, 'for those who pry too deep.'" -St. Augustine, "Confessions" Book 11, Chapter XII, 14

“There was no time, therefore, when thou hadst not made anything, because thou hadst made time itself [emphasis added]. And there are no times that are coeternal with thee, because thou dost abide forever; but if times should abide, they would not be times.

“For what is time? Who can easily and briefly explain it? Who can even comprehend it in thought or put the answer into words? Yet is it not true that in conversation we refer to nothing more familiarly or knowingly than time? And surely we understand it when we speak of it; we understand it also when we hear another speak of it.

The last statement resonates with contemporary cosmology—that time began with the Big Bang. As general relativity would have it, the four-dimensional manifold of space-time began at the singularity of creation.

St. Augustine's perplexed wondering about the nature of time is altogether in accord with our present-day confusion. In physics, time is a parameter, t, and the fundamental laws of physics are symmetric under the operation t → -t (going back into the past is equivalent to going into the future.) On the other hand, we know that the real world is irreversible, that there is an arrow of time, entropy: the dropped egg does not spontaneously reassemble back into one's hand, the movie camera doesn't run backwards except in science-fiction. Great minds—Boltzmann, Poincare, Prigogine—have engaged this conundrum, but there is no universally accepted answer. (More about this in an article to follow.)

St. Augustine held that God created the universe from nothing. Two fundamental (and surprisingly modern) notions were introduced by Augustine: first, Creation was instantaneous (from the Old Testament teachings of Sirach, he argued that six days was a metaphorical device); second, not all animal forms were present initially at creation—for some, the potential or seed to develop later in a different form was given initially (justifying evolution and the descent of species?).

He also stressed that one should not use Scripture to contradict what reason and experience ("Science") tells us about the world:

"Often a non-Christian knows something about the earth, the heavens, and the other parts of the world, about the motions and orbits of the stars and even their sizes and distances,... and this knowledge he holds with certainty from reason and experience. It is thus offensive and disgraceful for an unbeliever to hear a Christian talk nonsense about such things, claiming that what he is saying is based in Scripture. We should do all that we can to avoid such an embarrassing situation, lest the unbeliever see only ignorance in the Christian and laugh to scorn." -St. Augustine, "De Genesi ad Litteram" ("The Literal Meaning of Genesis"—an unfinished work)

The beauty Of God’s creation—an argument for design?

Below are quotes revealing how Augustine revelled in the beauty of God's creation, presenting arguments for a creator that to me are even more powerful than the evidence of the red shift and the microwave background radiation.

“Look around; there are the heaven and the earth. They cry aloud that they were made, for they change and vary. Whatever there is that has not been made, and yet has being, has nothing in it that was not there before. This having something not already existent is what it means to be changed and varied. Heaven and earth thus speak plainly that they did not make themselves: 'We are, because we have been made; we did not exist before we came to be so that we could have made ourselves!' And the voice with which they speak is simply their visible presence.

The last quote gives us words to live by: do not worship creation, but worship the Creator.

Is there a Way to Picture Reality that’s not Linked to Time or Space?

The Beauty that Attracted Saint Augustine