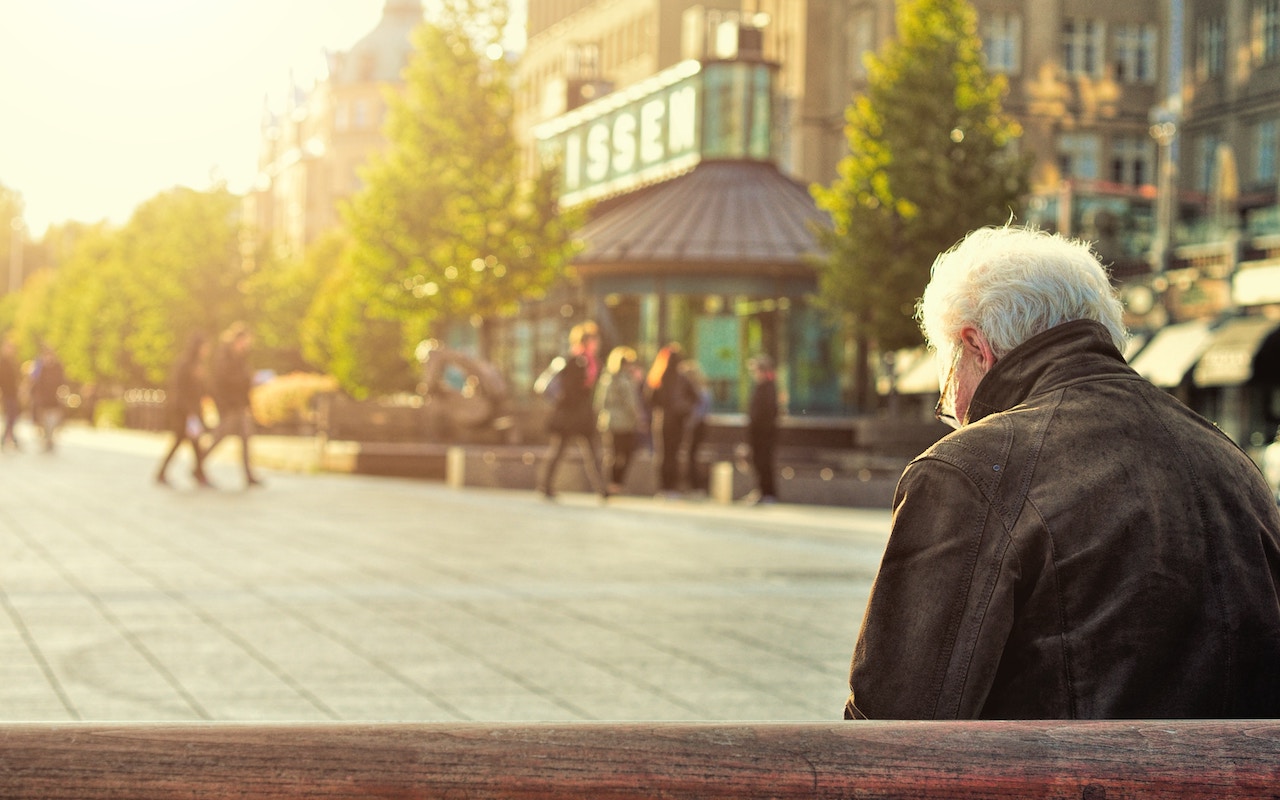 For St. Ignatius of Loyola, at least in the beginning stages, the enemy’s tactic is to bring us into desolation, to bring us to despair and thereby break our resolve to persevere in the Christian life. Ignatius offers a series of “rules,” or principles, which can help us work against this depressing and downward movement of desolation.

Rules one through four

Rules one through four lay out what he means by consolation and desolation and how the good and evil spirit operate upon us: the good spirit (i.e., the Holy Spirit, good angels) gives peace and builds us up with consolation by a growth of faith, hope, and love, giving us a greater sense of God’s presence in our lives, often making it easier to pray and overcome sin. The evil spirit (the devil, demons, our sinfulness) tries to bring us down with desolation by an increased anxiety and a sense of God’s absence, leading to discouragement and a decreased desire to pray and engage in spiritual exercises. As we will see, both consolation and desolation fall under God’s providence, but in different ways: for Ignatius, the good spirit gives consolation, while God only permits the evil spirit to give desolation.

Rules five through nine offer counsel regarding what to do in desolation and how to think about it when it occurs.

Rule five stipulates that, in desolation, never make a (spiritual) change. Ignatius here counsels us to stick to the spiritual resolutions we came to while in consolation. The reason is because desolation is the time of the lie—it’s not the time for sober thinking. That is, in our disheartened state, we’re more prone to be deceived. This could pertain to big or small matters. For example, suppose I had planned to begin every morning with a Scripture meditation; and one morning, I wake up and I just don’t feel like praying. For Ignatius, if I give in to this temptation, my desolation is likely to worsen. But if I resist and hold fast to my initial resolution, I may find my desolation beginning to wane.

In our disheartened state, we’re more prone to be deceived.

In terms of larger matters, suppose someone entertains doubts about their vocation in a time of intense desolation—say, a priest, a married person, or a consecrated religious. Since desolation is the time of the lie, it’s likely that the enemy is at work. Ignatius’ counsel again is to stick resolutely to the decision we came to while in consolation, before the desolation set in.

Rule six asks us to actively resist desolation, particularly by prayer and meditation. However, when we’re in the midst of desolation, the last thing we want to do is pray or meditate, since God feels so absent from our lives. For this reason, the very act of praying, of crying out to God for help, already works to undo the movement of desolation. For even in our faint prayer, there is a hint of faith that believes someone is listening.

As for meditation, it is helpful to meditate on a past time when God brought us through desolation. This can give us hope that he can and will bring us through the present desolation as well. For in desolation, we’re likely to doubt the reality of our encounter with God in the past; we’re tempted to see it as simply the product of our imagination. Thus, actively remembering and bringing to mind the reality of God’s work in our lives in the past helps to awaken our hearts to the possibility of his work in our lives in the present.

Rule seven calls us to think about desolation as a trial permitted by God; that is, to think about our desolation in a faith-based way. This runs contrary to the movement of desolation; for in desolation, the world feels meaningless. And the experience of meaningless suffering tends to erode our hope and confidence. Whereas, if we see meaning in our suffering, if we choose to see it as a trial permitted by God, it can give us strength.

Rule eight gives us a glimpse of the spiritual boldness of Ignatius. He counsels us, when in desolation, to choose to believe that consolation will return soon. This again is contrary to the movement of desolation, since in the midst of it, we are often tempted to see it as a permanent state—that it will always be like this. But by believing that consolation will return soon, one is already undermining the power of desolation.

In rule nine, Ignatius pauses to consider God’s purposes for allowing desolation. The first reason is due to our negligence. We might be pursuing the Lord actively in most of our life, but perhaps in one area we’ve become spiritually negligent. Desolation can then be a “wake-up call,” calling us back to renew our conversion. The second reason is to teach us some spiritual lesson, and the third is to show us our absolute need for grace—our radical dependence upon God. In desolation, we should examine the first reason (negligence), and once we rule that out, we can be assured that God has either the second or third in mind for us.

Rule ten switches gears and offers counsel for what to do in consolation. Here, Ignatius calls us to prepare for future desolation. For Ignatius, the ebb and flow of consolation and desolation is the normal path of the Christian life. It is what we should expect. Desolation is often so devastating precisely because it takes us by surprise. But if we realize that the present consolation will eventually give way to desolation, and we anticipate this ahead of time, we are better prepared to withstand the trial of desolation.

The ebb and flow of consolation and desolation is the normal path of the Christian life.

In consolation, when our spiritual energy is high, we should anticipate the temptations we’re likely to face when desolation comes. For example, we can firm up our resolve now:

The period of consolation is also a great time to review these rules, in order to better have them at our fingertips. That way we’ll be able to use them more readily and effectively, giving us a greater awareness of the spiritual dynamic taking place in the midst of desolation.

Rule eleven exhorts us to keep an even keel attitude in the spiritual life. That is, Ignatius counsels us to humble ourselves in consolation and seek a trusting confidence in desolation. In consolation, we often feel as if we’re on top of the world and can do anything. In such moments, Ignatius asks us to consider—while in consolation—how little we can accomplish in desolation. Conversely, in desolation, when we feel downtrodden, we need to seek a trusting confidence, knowing that the present desolation will eventually pass (see rule eight), and that God is at work in our lives even now (see rule seven).

For Ignatius, again, the ebb and flow between consolation and desolation is the normal path of the Christian life. If we’re aware of this, we won’t be so devastated when desolation hits. We’ll recognize it for what it is, as a temporary suffering and a unique occasion for growth.

Key for Ignatius is the fact that desolation, of itself, does not produce growth. For Ignatius, we grow through desolation only when we resist it. This resistance will not be our first inclination—for example, to pray or meditate during a period of desolation. Here, we have to rise above our spontaneous emotional response in the moment and choose to act and think in a faith-based way, contrary to the gravitational pull of desolation. In taking this initial step, we will often feel the grip of desolation loosening.

As we rise above our spontaneous emotional reaction and choose to resist desolation, eventually we get better at resisting—making it easier to resist the next time. Just like virtue, like acts become like habits, which incline us to future like acts. In God’s providence, this is one of the overarching reasons for allowing us to undergo the trial of desolation: that in resisting, we get better at resisting, and thereby break the devil’s ability to hold us down.

Rules twelve through fourteen shift gears, describing the tactics of the evil one. In rule twelve, Ignatius describes the essential weakness of the enemy in the beginning. That is, if we resist vehemently when we are first tempted, we place ourselves in the best position. But if we linger, the strength of temptation grows and snowballs upon us.

Rule thirteen describes the enemy as like a false lover who loves to work in secret. For Ignatius, if we ever find ourselves spiritually troubled and have a resistance to speak to a competent spiritual advisor, there’s a good chance the enemy is at work. We have to recognize this and act contrary to these movements.

Rule fourteen describes the enemy as like a brigand who will attack us at our weakest spot. Ignatius counsels us to anticipate this, in order to fortify ourselves preemptively beforehand. Such attacks often put us on our back because we are unsuspecting. We should seek to recognize our own personal triggers (certain people, situations, temptations, vices, etc.) that tend to bring us into desolation. If we recognize this ahead of time—and seek to strengthen ourselves accordingly—we are much more likely to withstand the enemy’s assault when it comes.

Again, for Ignatius, desolation is to be expected. He calls us not just to persevere through it as passive spectators, but to actively resist the movement of desolation. And in resisting, very often the power of desolation itself starts to give way. As we see this begin to happen, it gives us confidence in our power to continue to resist desolation in the future and not be held down by it.

How can Ignatius’ rules be a source of strength and hope as we strive to persevere in the spiritual life, even this very day?

This article, written by Dr. Andrew Swafford, was first published on the Ascension Blog. Republished with permission.