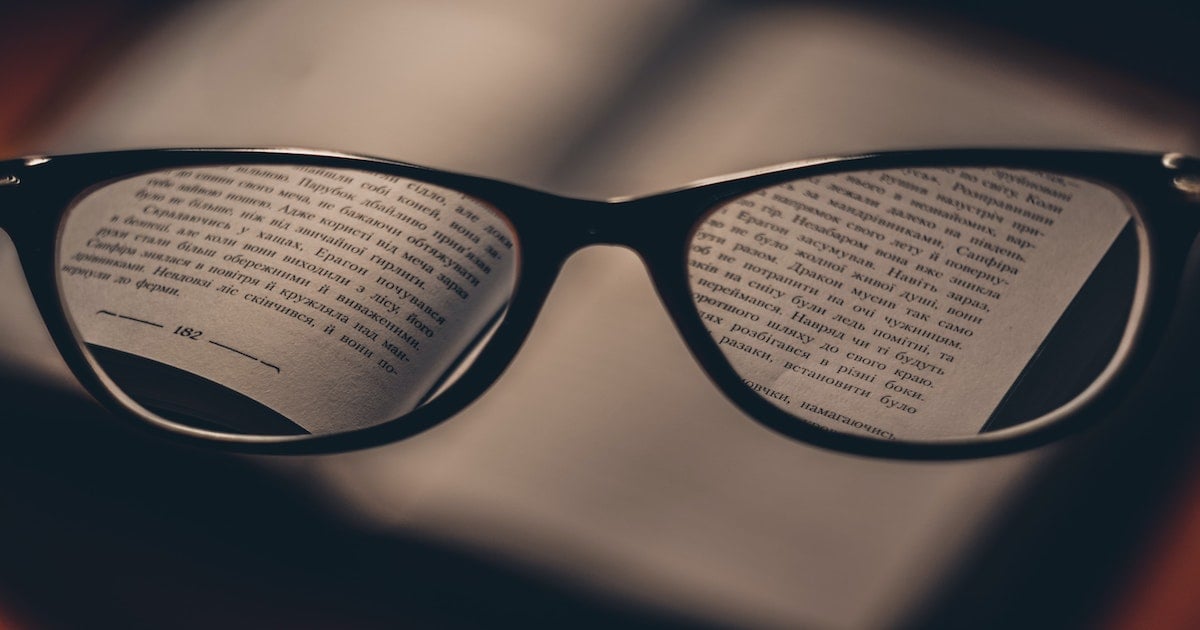 All of us are influenced by the age we live in.

As we slouch through the 2020s, that is not good news—especially for teenagers and young adults. Chaos is the order of our day. As Christopher Booker observed in GroupThink, “Wherever we look, there is scarcely a single country, society, or continent which is not wracked by strains, stresses, and divisions which even a decade ago would have been hard to imagine.” For all their technological affluence, America’s youth lack a luxury that their parents and grandparents routinely enjoy: the ability to draw upon the memory of a happier time in society.

I was fortunate to grow up in the 1980s, but to a young adult in America, descriptions of the 1980s—when kindness and decency mattered—seem like a fairy tale. To be sure, while the 1980s was far from a perfect society, it was a society. As a society, we were not afraid to call evil evil. More vitally, we were not afraid to call good, good. Today, we are often afraid to use such words; after all, a discussion of good and evil will eventually become a discussion about God—and we cannot have that.

We are, however, allowed to discuss no God. If you have been wondering why our world seems so sad lately, look no further than atheism. Atheism is a religion that professes that perfect and lasting happiness is impossible. The refusal to peek beyond Earth’s horizon is to insist that a person’s greatest happiness can only be found here on earth—if it can be found at all. To a world mired in a pandemic of unhappiness, atheism answers: Tough luck because this is as good as it gets. Get as much money, food, and sex as you can because once that coffin lid closes and dirt is piled on you, that is it.

And so, America’s youth feverishly seeks pleasure in money and sex—only to find emptiness. But they keep frantically trying. Saint Augustine once observed that the human heart is “restless until it finds its rest” in God. The societies of our age are restless because they refuse to find rest in God.

Even those of us who fight against this hedonistic and atheistic culture, are still influenced by it. The question is what to do about it. More specifically, what can we do to be influenced by other ages? The answer lies in time travel. Of course, that’s not meant to be literal. So far, man has not figured out a way to travel back and forth in time, so the topic remains one of science fiction.

But C.S. Lewis, an accomplished science fiction writer himself, offers us the next best thing: reading old books—primarily, the classics. If our age influences us negatively, we can counter that by escaping into the esteemed books of the Western canon.

In his Introduction to Saint Athanasius’ On the Incarnation, Lewis summarizes the problem. He writes, “All contemporary writers share to some extent the contemporary outlook—even those, like myself, who seem most opposed to it.” Simply put, we are prisoners in time. And our time—our age—traps us in ways we do not even fully see or understand. As Lewis puts it, “None of us can fully escape this blindness, but we shall certainly increase it, and weaken our guard against it, if we read only modern books.”

“Every age has its own outlook. It is specially good at seeing certain truths and specially liable to make certain mistakes. We all, therefore, need the books that will correct the characteristic mistakes of our own period. And that means the old books.” —C.S. Lewis

During my lifetime, the West has made significant—though imperfect—advances from yesteryear’s shameful racial divide. To its credit, it has promoted “certain truths” about our common humanity. And yet, those advances have occurred alongside the “certain mistake” of abortion. Overcoming that mistake requires the influence of old books and old ages.

And in our age of atheism’s despair, a good place to begin is to the great works of metaphysics, such as those of Aristotle and Aquinas. Make no mistake: our children are growing up in an age in which we are mocked for belief in God—as though we are insane. In a group-thinking world, the sane are often identified as those who merely echo the group. But sane men do not seek conformity with others; sane men seek conformity with reality. As apologist Frank Sheed once phrased it, “Sanity, remember, does not mean living in the same world as everyone else; it means living in the real world.”

Sanity also means turning to theology, the queen of the sciences. We need to read Athanasius, Augustine, Jerome, Chrysostom, Bellarmine, Anthony of Padua, Catherine of Siena, and Therese of Lisieux. If we are going to fight back against atheism, the writings of these men and women will lead the way. Theology provides answers that only theology can answer.

. . . (T)he most important elements in the real world can be known only by the revelation of God, which it is theology’s business to study. Lacking this knowledge, the mind must live a half-blind life, trying to cope with a reality most of which it does not know is there. This is a wretched state for an immortal spirit, and pretty certain to lead to disaster. There is a good deal of disaster around at this moment.” —Frank Sheed

Disaster, indeed. But there is a way out—we travel through time and walk through the libraries of yesteryear. We can hear the great thoughts, aspirations, and great truths. We can allow ourselves to be shaped by the combined wisdom of all ages. That is a noble effort. And today, a necessary one.