The Miracle that led to the Beatification of Blessed Conchita, Mystic and Mother 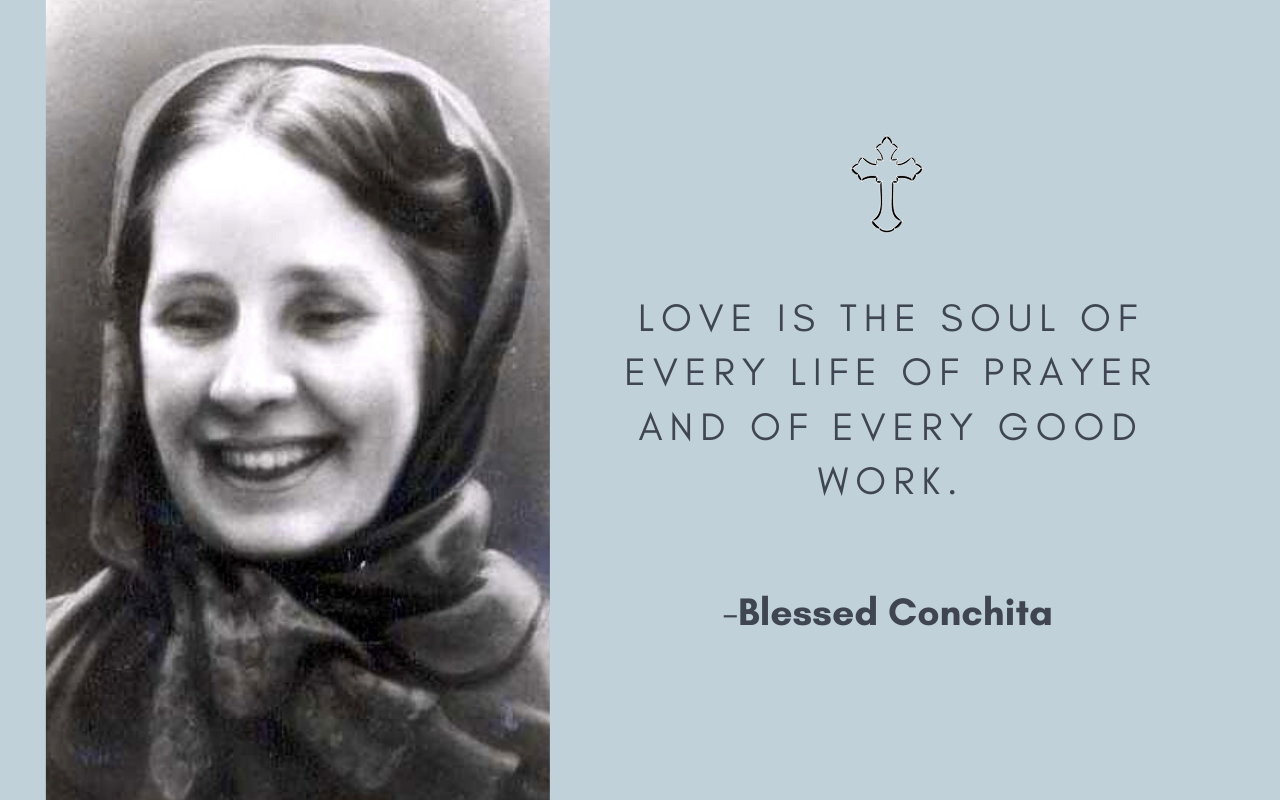 In 2006, a miraculous healing was attributed to a lay wife and mother from Mexico, Blessed Maria Concepcion Cabrera de Armida or, as most call her, Blessed Conchita.

A foundress of lay and religious communities, Blessed Conchita was also a mystic whose desire for a spiritual renewal among the clergy gave her the title of “Spiritual Mother to Priests.”

Conchita married her husband, Francisco De Armida, in 1884 and had 9 children by 1899. Francisco died when Conchita was only 39 leaving her as the sole caretaker of a bustling family. During that time, Conchita began to write. She wrote more volumes than St. Thomas Aquinas, but her children do not know when she found the time to do so.

As a child, Conchita experienced mystical visions such as the Child Jesus coming to play with her in her room. From an early age, Conchita devoted herself to the Holy Eucharist. She told Francisco that she would only marry him if he allowed her to continue her practice of daily mass.

After the death of her husband, Conchita entered into a “spiritual marriage” with Jesus.  Jesus gave her many messages, especially concerning priesthood. Evidence of her mysticism can be found in her writings, where she urged people to embrace their cross as a means of salvation.

“I want to renew the world by revealing myself through the priests. I want to give my Church a powerful impulse in which I will pour out the Holy Spirit over my priests like a new Pentecost.”

With this mindset, Conchita founded lay apostolates and religious orders under the dome of “The Works of the Cross,”  including:

After her death in 1937, the Congregation for the Clergy wrote:

“Maria Conception Cabrera de Armida (“Conchita”) was a wife and mother with children. Over the course of many years, Jesus prepared her to live a life of spiritual motherhood for priests. In the future, she will be of great importance for the universal Church.”

Born in 1960, Jorge suffered various health problems throughout his life, but it was not until 1993 that it would be necessary for him to ask for a miracle. At this time, despite being 33 years old, Jorge had grown six inches. He also suffered a list of symptoms including heartburn, headaches, and numbness of limbs, but most intensely he suffered muscle contractions and excruciatingly painful muscle cramps. These eventually resulted in sprained muscles and torn ligaments.

For 13 years, Jorge’s symptoms continued to get worse. He frequented the hospital with cases of pneumonia and surgeries only to return with false diagnoses and little hope. In 2006, a friend gave Jorge an image and a short biography of Conchita. It was at this time that he began to pray to Conchita for a miracle.

On Thursday May 22, 2008, at about 7:00 p.m., Jorge was in the hospital awaiting another operation to help stop the muscle cramps, when he was inspired to pray to Conchita. He asked his wife, Cecilia, to pray with him and to place the image of Conchita on his breast along with a cross specially designed for Conchita’s religious and lay orders. Jorge then fell asleep.

At 7:10 p.m. Cecila noted that Jorge began to stir in his sleep, there was a look of peace on his face. The muscle contractions had caused Jorge’s body to twist and contort in strange ways including a clubbed foot and an inability to move his fingers, however Cecila noticed Jorge’s muscles were relaxed and straightened out.

The doctor came in at 7:25 p.m. and was completely amazed. At this time a mass was being said for Jorge in the Sanctuary of the Cross of the Apostleship, a chapel belonging to the order Conchita founded.

Jorge awoke at 11:40 p.m. miraculously healed. He then told his wife that, as he slept, Conchita appeared to him:

"I was with Conchita. I saw her very close, about 12 inches away from me. I cried, and I asked her to listen to me. She then approached me and asked, 'Were you looking for me?' 'What do you ask from me?' And I said, 'I do not want to see my wife and my children suffering because of me, please help me!' She told me, 'Let's pray' and she began to pray the 'Our Father,' but I, crying, interrupted her saying, 'I cannot take it anymore, I do not want to see my wife and children suffering!' At that point, she told me, 'Do me a favor: receive communion daily and pray for priests.' She then continued praying the Our Father and the Hail Mary. After praying, she caressed my face; I then tried to touch her, but I think that at that moment she disappeared.”

On June 8, 2018 Pope Francis approved the miracle of the healing of Jorge Trevino Gutierrez. Conchita was beautified in the Basilica of Our Lady of Guadalupe in Mexico City on May 4, 2019. Cardinal Angelo Becciu, prefect of the Congregation for Saints’ Causes, said the mass. In his homily, Cardinal Becciu said of Conchita:

“She did not follow her own inspirations, however holy, but conformed to God’s plan for her”

Conchita is the first mexican laywoman to be beautified. Many continue to pray to Conchita for a miracle in their own life and also enjoy her many books. Her most popular include: