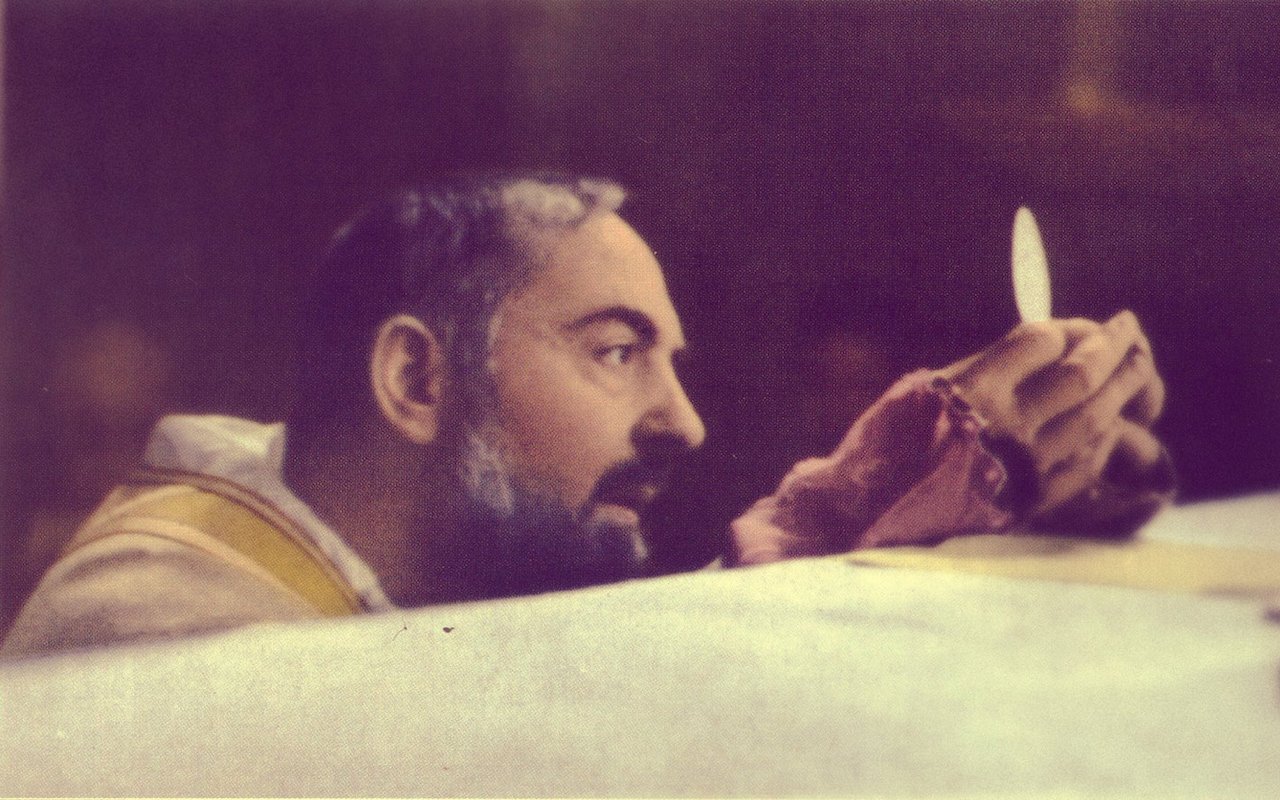 The miracle used for St. Padre Pio’s beatification process was the case of Consiglia De Martino, a married woman with three children from Salerno, Italy. On October 31, 1995, Consiglia began to feel acute pain, followed by a very fast-moving growth in her neck. When it quickly reached the size of a grapefruit, her husband drove her to the Riuniti Hospital in Salerno.

After ordering two CAT- scans, the examining physician determined that Consiglia’s thoracic duct in her neck had ruptured, forming a huge lump containing approximately two liters of lymphatic fluid. Consiglia was told that she would need to undergo a very difficult and complicated surgical intervention as soon as possible. The surgery was scheduled for November 3.

Consiglia immediately began to pray to Padre Pio. She phoned his monastery at San Giovanni Rotondo where she spoke with Fra Modestino Fucci—a brother to whom Padre Pio had promised to help with intercessory prayers. Fra Modestino Fucci prayed at the tomb of Padre Pio on November 1st and 2nd. During that time, prior to the surgical intervention, physicians gave no medical treatment to Consiglia.

The surgery was cancelled, and a cat scan on November 6 confirmed the results of the x-ray taken on November 3. Evidently, Consiglia had been immediately and inexplicably cured of a complex and dangerous condition—without any medical intervention whatsoever.

She attributed the cure to Padre Pio to whom she, her family, and Fra Modestino had been praying.

The Miracle is attributed to Padre Pio by the Vatican

Successive examinations of Consiglia showed no long-term effects of her prior condition.

The diocesan investigation of the miracle took place from July 1996 to June 1997. Two ex officio experts and a medical consultant studied the published documentation and unanimously declared the “extraordinary and scientifically inexplicable nature of the cure.”

On April 30, 1998, the 5-member Medical Committee of the Congregation for the Causes of Saints (CCS) at the Vatican declared unanimously that "the healing of the traumatically ruptured thoracic duct of Consiglia De Martino on November 3, 1995 is scientifically inexplicable."

After the positive conclusion of the Medical Committee, the assembly of Cardinals and Bishops Members of the Congregation for the Causes of Saints approved the Consiglia De Martino case as a miracle on October 20, 1998.

Science and Miracles: The Intercession of Archbishop Fulton Sheen

A Lawyer, a Journalist, and a Scientist Describe the Miracle at Fatima