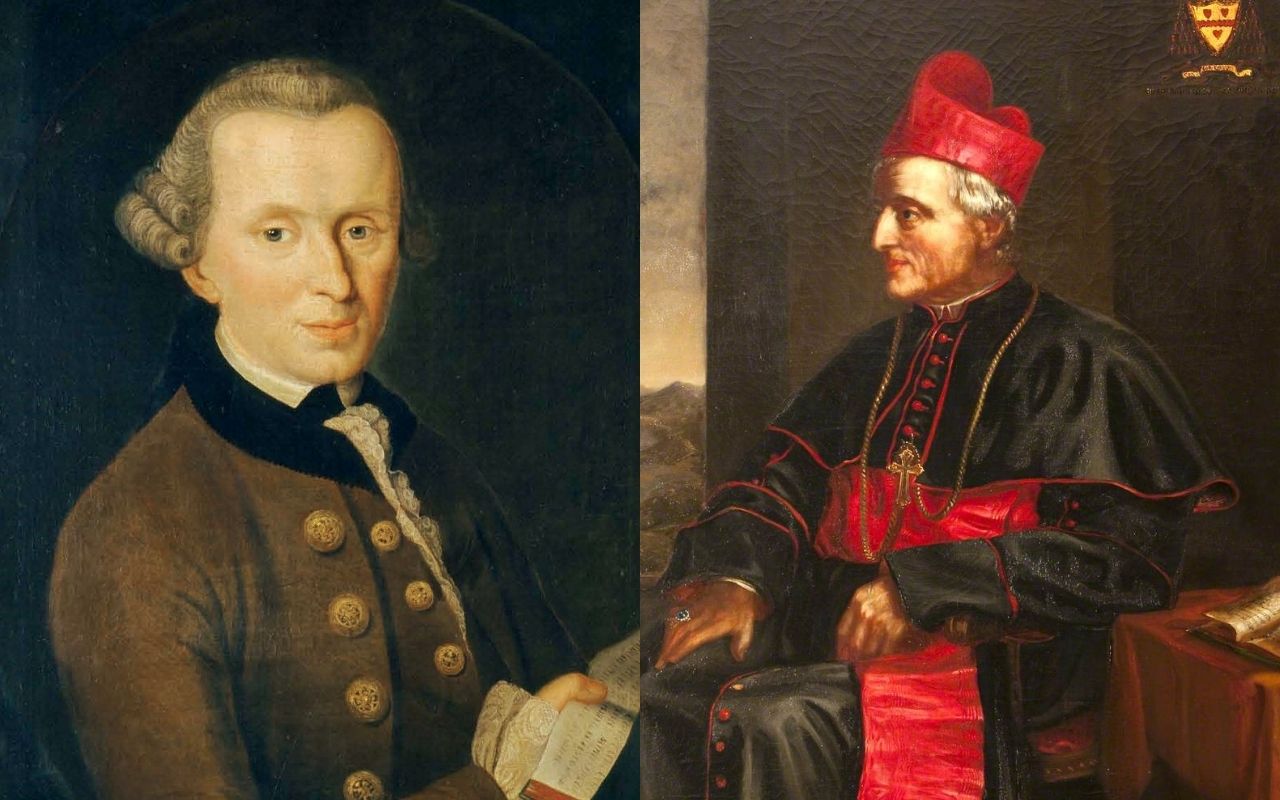 Plato believed that the highest reality was the good itself, that the good itself was present to human beings, and that we could know it through questioning and dialectic.

St. Paul brought these considerations to a whole new level by showing that all human beings could know the good (as well as evil) through their consciences. For St. Paul, “the law” is God’s law, and he asserts that God writes this law on the hearts of all people so distinctly that it accuses and defends them.

St. Thomas Aquinas concurred with St. Paul and formulated a general explanation of conscience which has become a cornerstone of philosophy up to the present time. Conscience has two components: synderesis (an attraction to the good and a fear of evil) and an awareness of certain general precepts of the good. Aquinas associated these precepts of conscience with the natural law, holding that the natural law is part of God’s eternal law (see Summa Theologica I-II, Q. 91, art. 2).

Now, all of the above thinkers presume the existence of God, and attempt to show that the good we know in our conscience comes from God. However, in the 18th Century, Immanuel Kant looked at the reverse contention.

What is Conscience? Quotes from Kant

“Through the idea of the supreme good as object and final end of the pure practical reason the moral law leads to religion, that is, to the recognition of all duties as divine commands, not as sanctions, that is, as arbitrary commands of an alien will which are contingent in themselves, but as essential laws of every free will in itself, which, however, must be looked on as commands of the supreme Being, because it is only from a morally perfect (holy and good) and at the same time all-powerful will, and consequently only through harmony with this will, that we can hope to attain the highest good, which the moral law makes it our duty to take as the object of our endeavour.” —Immanuel Kant, Kant’s Critique of Practical Reason and Other Works on the Theory of Ethics 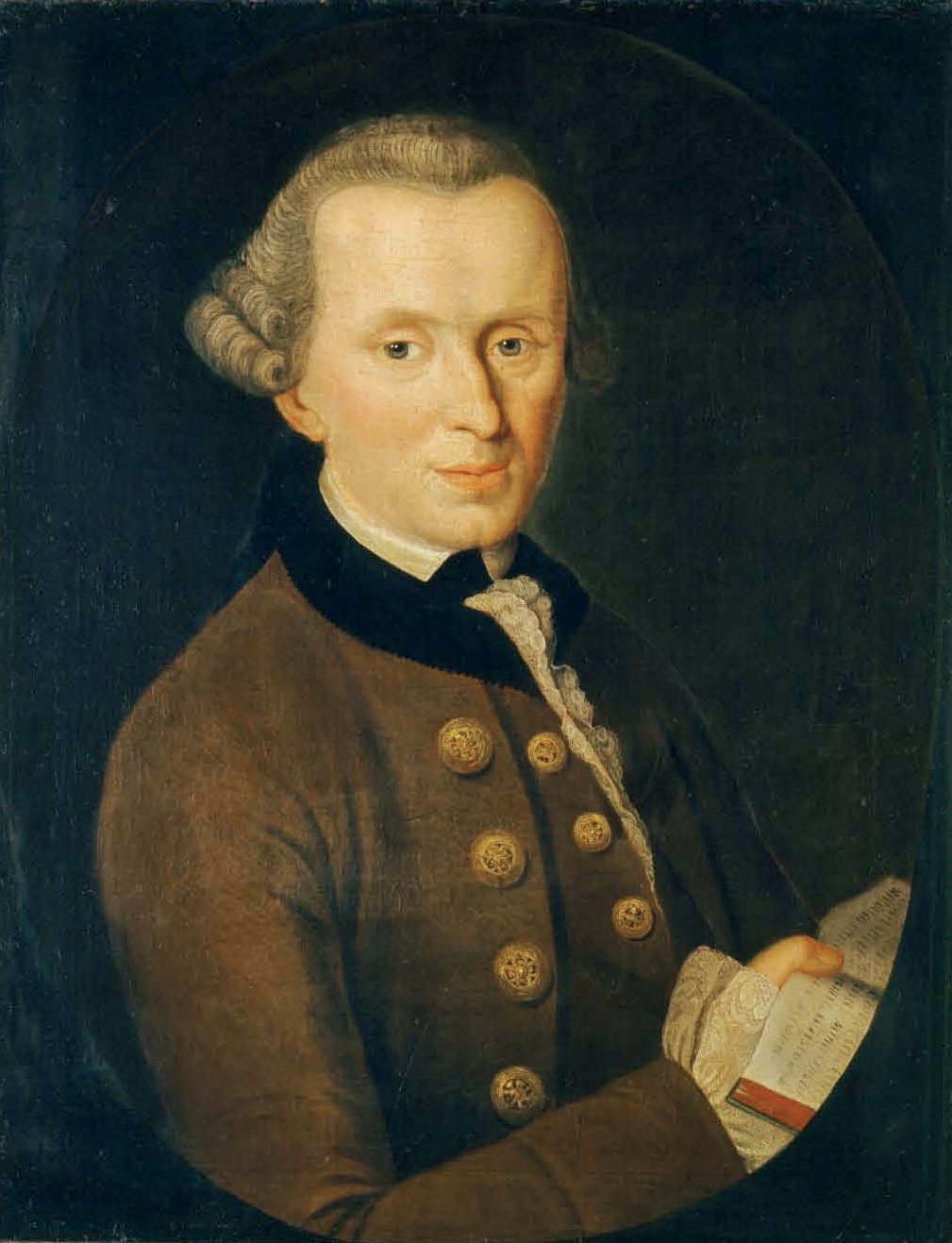 The essence of Kant’s thought here may be summarized in two statements (found in his Opus Postumum):

“In the moral-practical reason lies the categorical imperative to regard all human duties as divine commands.” —Immanuel Kant, Opus Postumum

Which causes him to view God as follows:

“The concept of God is the concept of an obligation-imposing subject outside myself.” —Immanuel Kant, Opus Postumum

What is Conscience? Quotes from Newman

John Henry Newman brought this line of thought to a new level about eighty years later. Though he borrows the general structure of “existential inference” from Kant, he shifts the emphasis from an “obligation-imposing subject outside ourselves” to an “interpersonal, caring, fatherly authority who is the source of goodness and law.” While Kant moves from the good to God through two existential inferences, Newman uses five inferences (detailed below)—careful to distinguish his sense of conscience from other natural phenomena.

“Ward thinks I hold that moral obligation is, because there is a God. But I hold just the reverse, viz. there is a God, because there is a moral obligation. I have a certain feeling on my mind, which I call conscience. When I analyse this, I feel it involves the idea of a Father and a Judge—of one who sees my heart, etc.” —John Henry Newman, “Proof of Theism,” from The Argument from Conscience to the Existence of God according to J.H. Newman

“This is Conscience, and, from the nature of the case, its very existence carries on our minds to a Being exterior to ourselves; or else, whence did it come?” —John Henry Newman, “Proof of Theism,” from The Argument from Conscience to the Existence of God according to J.H. Newman

“Man has within his breast a certain commanding dictate, not a mere sentiment, not a mere opinion, or impression, or view of things, but a law, an authoritative voice, bidding him do certain things and avoid others. I do not say that its particular injunctions are always clear, or that they are always consistent with each other; but what I am insisting on here is this, that it commands, that it praises, it blames, it promises, it threatens, it implies a future, and it witnesses the unseen.” —John Henry Newman, Sermons On Various Occasions

“Its very existence throws us out of ourselves and beyond ourselves, to go and seek for Him in the height and depth, whose voice it is.” —John Henry Newman, “Proof of Theism,” from The Argument from Conscience to the Existence of God according to J.H. Newman

“Now I can best explain what I mean by this peculiarity of feeling [intrinsic to conscience], by contrasting it with the rules of taste. As we have a notion of wrong and right, so we have of beautiful and ugly; but the latter set of notions is attended by no sanction. No hope or fear, no misgiving of the future, no feeling of being hurt, no tender sorrow, no sunny self-satisfaction, no lightness of heart attends on the acting with beauty or deformity. It is these feelings, which carry the mind out of itself and beyond itself, which imply a tribunal in future, and reward and punishment which are so special.” —John Henry Newman, “Proof of Theism,” from The Argument from Conscience to the Existence of God according to J.H. Newman

“[T]he feeling is one analogous or similar to that which we feel in human matters towards a person whom we have offended; there is a tenderness almost tearful on going wrong, and a grateful cheerfulness when we go right, which is just what we feel in pleasing or displeasing a father or revered superior.” —John Henry Newman, “Proof of Theism,” from The Argument from Conscience to the Existence of God according to J.H. Newman

“So that contemplating and revolving on this feeling the mind will reasonably conclude that it is an unseen father who is the object of the feeling. And this father has necessarily some of those special attributes which belong to the notion of God. He is invisible—He is the searcher of hearts—He is omniscient as far as man is concerned—He is (to our notions) omnipotent…” —John Henry Newman, “Proof of Theism,” from The Argument from Conscience to the Existence of God according to J.H. Newman

The Transcendental Nature of Our Conscience

Both Kant's and Newman's analysis of conscience show that anyone who cares to probe the distinctive quality of the good within himself will sense the presence of an obligation-imposing subject within it. If we allow the good to reveal itself within us, we will not only know of its divine origin, we will also know that the Divine is present to us—at once outside of us and embedded in the absolute duty of the good within us.

Here we find God present to human consciousness in the omniscient, invisible, searcher of hearts who bids us to do good and avoid evil. This undeniable presence implies that we are transcendental (we have a soul).

Are there any other ways God is present to our consciousness? Both Rudolph Otto’s numinous experience and Mircea Eliade’s religious intuition also inform us of our connection to a sacred-transcendent reality. Learn more about the numinous experience and religious intuition in our articles, Rudolf Otto's 'Mysterium Tremendum et Fascinans' in Our Experience of the Numen and What Draws Us to the Sacred? Mircea Eliade on Hierophany, Myths, and Homo Religiosus.

Note: This article is an adaption from Fr. Spitzer’s “Evidence of a Transcendent Soul.” To read the full text, click here.

The 5 Transcendentals (And How they Provide Evidence for the Soul)

Empathy, Conscience, and Prayer On the Road to Happiness