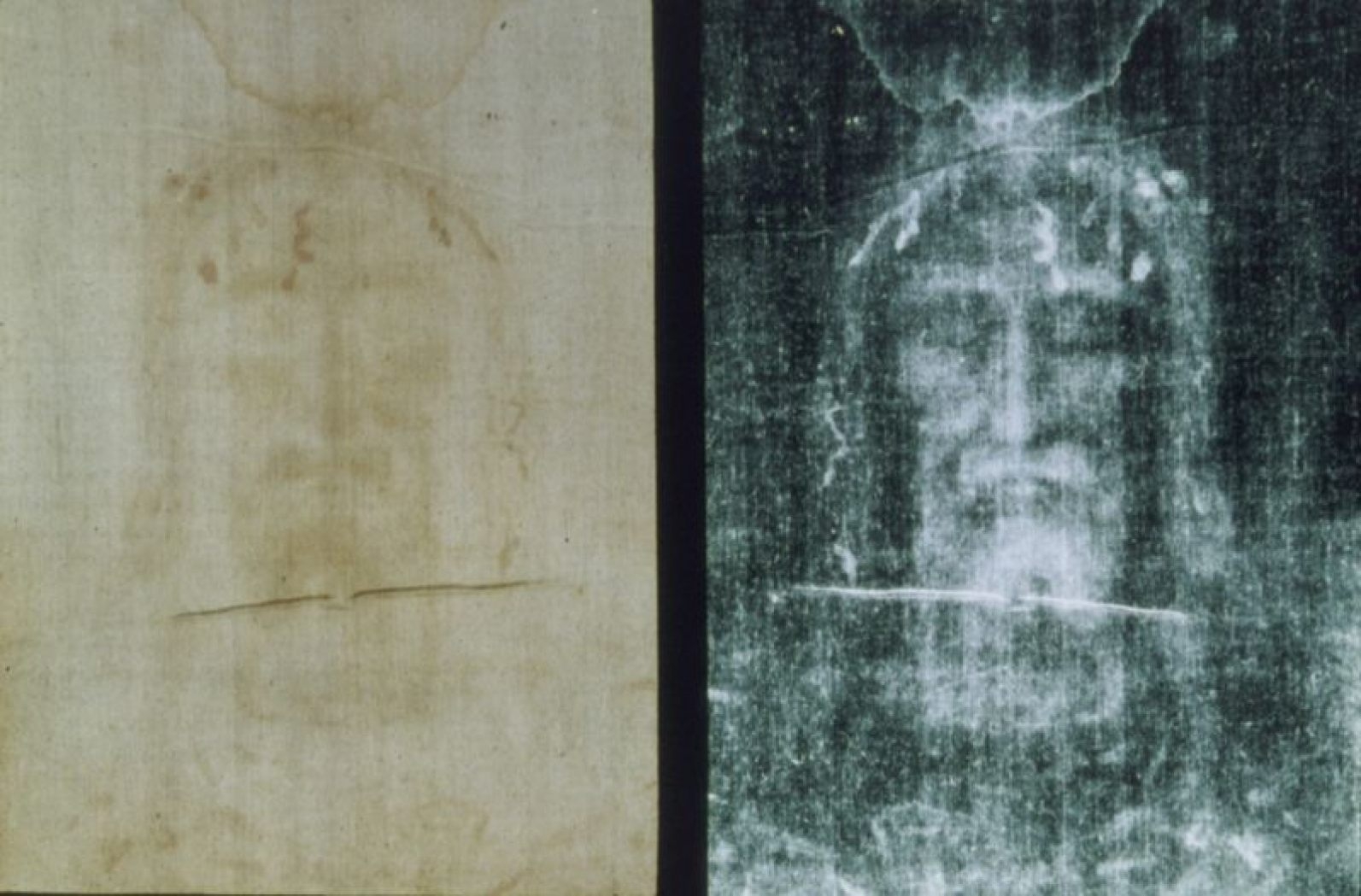 The Shroud of Turin is a burial shroud of linen cloth, woven in a 3:1 herringbone pattern. Measuring 14 feet 3 inches in length and 3 feet 7 inches in width, it is a single piece of cloth bearing a front and back image of a crucified man.

The Shroud has been venerated as the Burial cloth of Jesus since at least 1355 when it was displayed for the first time in Lirey, France. It has attracted large crowds and the minting of several souvenir medallions, one of which can be found at the Cluny Museum in Paris.

The Shroud has undergone more scientific testing than any relic in human history. These investigations concern the unique nature of the image and the dating of the cloth itself.

The image is a faint sepia colored outline of a crucified man with dark brown stains—confirmed now to contain AB blood particles—in anatomically correct locations matching descriptions of Jesus’ scourging and crucifixion found in the Gospels (see Section I). 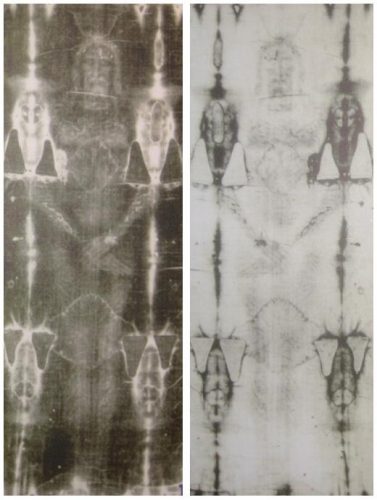 The image of the face reveals a beard, moustache, and shoulder-length hair parted in the middle. The man of the Shroud appears muscular with estimates of his height ranging from 5 foot 7 inches to 6 foot 2 inches. An additional detail, revealed by close examination of the negatives of the image, are coins over the man’s eyes.

Scientific investigation of the image began in earnest after a series of photographs were taken in 1898. The photos revealed that the image itself was a photographic negative.

Eighty years later, the 1978 Shroud of Turin Research Project (STURP) investigations confirmed the image was not formed by dyes, chemicals, vapors, or scorching and was not formed by brush strokes. Researchers have investigated multiple naturalistic explanations, but none can account for the unique features of this photographic negative.

The most plausible current scientific hypothesis comes from two teams of researchers:

Learn about the Shroud of Turin