What Makes Us Human: The Origin of Language 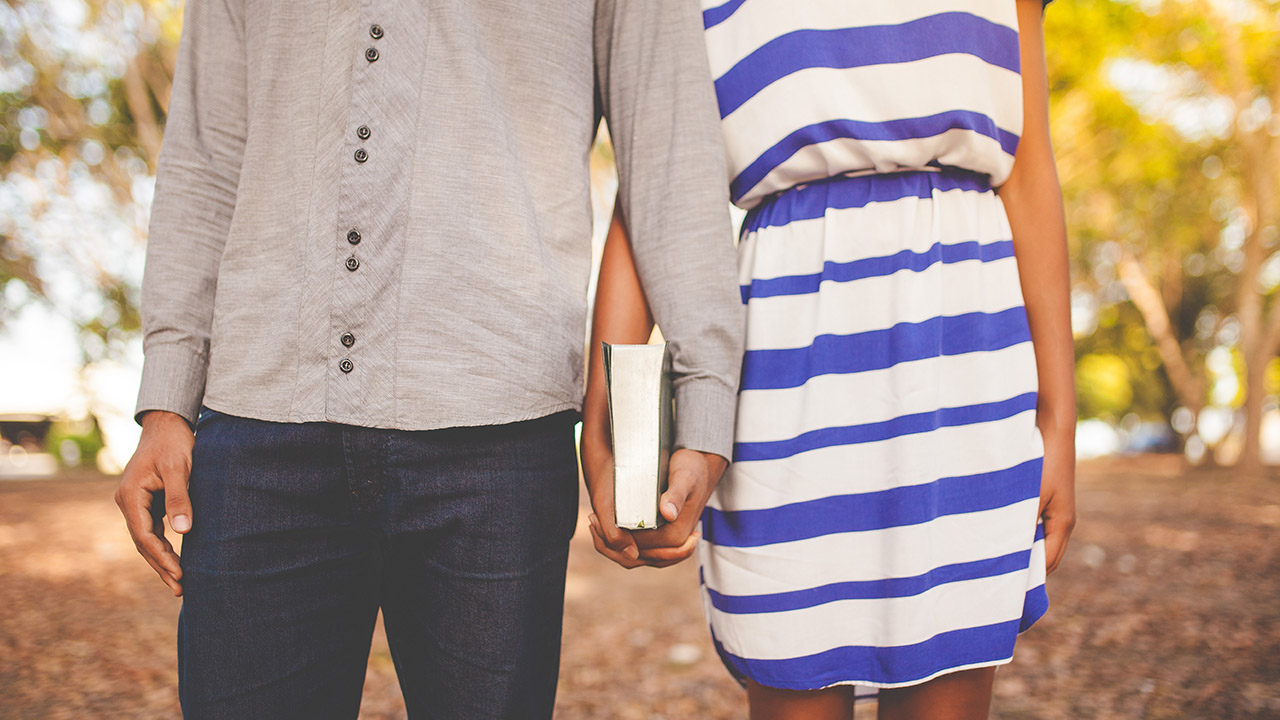 What set the human race apart from other species, and even our own early ancestors?

Between 60,000 to 70,000 years ago, human beings developed a capacity for abstract, syntactical, and universal communication that no other species – not even our most proximate ancestors – developed.

It seems that the progeny between mitochondrial Ev and Y chromosome Adam (200,000 years ago) did not seem to do anything more significant than use stone tools, live in community, and hunt in tandem, much like many different kinds of animals. But, after 130,000 years, an explosion of language, discovery, religion, symbolism, art, and geographical exploration occurred. What happened?

There is no known or probative biological or genetic explanation for this unique development in human beings.

Fr. Robert Spitzer suspects that this “something” is a transcendent soul, and that such a soul is the condition necessary for certain powers and characteristics of humanity– syntactical language, exploration, belief in an afterlife, abstract mathematics, and symbolic art. In short, some of the things that make humans, human.

Why is human language different from any other species?

Noam Chomsky, the foremost linguistic theorist in the county and Robert Berwick, an MIT professor of computational linguistics published a book on this matter entitled, Why Only Us. They found that there were two basic characteristics of universal syntactical language.

First, Chomsky and Berwick point to the universality of the human capacity to pass the syntax test.

Humans have a remarkable ability to understand and express syntax, even across cultural lines. A child from one culture could be moved half way around the world be able to learn the syntax and grammar of a completely different culture and language.

Thus, very small children can understand the difference between “dog bites man” and “man bites dog” – and even see the humor in it.

But no chimpanzee – which can learn 200 individual signs in American Sign Language – can make this distinction.

They simply do not have the capacity for abstraction (necessary to relate distinct objects to one another in various categories) required to differentiate between subjects (in general) and objects (in general).

They are six questions with which we are all familiar — the questions why, how, how many, what, where, and when.

These heuristic notions give rise to other other capacities/tendencies of human beings.

The ability to answer theses questions enabled humans to express themselves geographically, temporally, causally, symbolically, and even transcendentally. This led to a tremendous explosion of exploration, discovery, art, and religion.

Sometime after receiving the capacity for universal, syntactical language, human beings began to migrate from an area in which they lived for 135,000 years and began to spread all over Africa.

Then they crossed the Arctic land bridge (which existed at that time) into the northernmost part of America, and then proceeded south, so that in 1,000 years they would move from the northernmost point of the western hemisphere to the southern tip of South America.

What explains this radical transition from a rather sedentary human community on the border of Namibia and Angola, to world exploration?

Was it simply a lack of food? Simply a desire to escape tribal enemies?

Though this may have been part of the reason, it does not explain the rapid and world-wide expansion of the human population, and the great distances they traveled, going so far as Indonesia and even Australia.

There was something more than simple need – there was a “spirit” of curiosity and adventure – something absent in our most proximate ancestors – that engendered the spirit to discover and explore.

Something else also happened in this period — human beings started burying their dead – treating the remains of their deceased with respect – and burying them with rituals and objects indicating a belief that they would survive their physical death (see, for example, a burial site with these objects from this period in the Skhul cave at Qafzeh, Israel).

These burial sites are likely the beginnings of belief in an afterlife, spirituality, and even religion.

If humans did not believe in their spiritual nature or life after death, we might ask, “Why did they bother to bury their dead with great respect – and with rituals and objects?”

And if they did have an awareness of their spiritual nature and life after death, we might ask the further question, “Where did they get this awareness from?”

After all, 130,000 years of ancestors did no such thing – and then suddenly, human beings seem to be doing it as a universal practice.

We also see another development concomitant with burial and religion – art and symbolic representation.

There are cave drawings with religious significance dating back to about 70,000 years ago in Leang Lompoa in Maros, Indonesia (see Jo Marchant in Smithsonian January 2016). And also cave drawings approximately 50,000 years old in the caves in Pettakere on the island of Sulawesi in Indonesia.

The drawings of animals are rather well developed and have symbolic significance, indicating that they were probably preceded by more primitive attempts at art and symbolization.

Many scholars believe that the animal drawings have sacred and cultural symbolic significance (see Ghosh, Pallab, “Cave paintings change ideas about the origins of art”).

In the same period, numeration systems (the precursor to formal mathematics) originated.

Counting or tallying by using fingers on the hand undoubtedly preceded tallying with objects (such as sticks). This in turn preceded written numeration.

Tallies made by carving notches in wood, bone, and stone were used for at least 40,000 years before the development of written numeration systems (see George Ifrah 2000 Universal History of Numbers, pages 64-67).

There is no evidence of abstract numeration in any other species except human beings.

Is it possible that this could be explained by programming of the brain?

It is quite unlikely. It is one thing to program a brain (or computer) to count, but quite another thing to understand counting itself and its significance.

It is these abstract concepts that elude mere programming or patterning of the brain. As Gödel’s theorem reveals (addressed elsewhere), humans do mathematics very differently from computers.

The latter follow programs while the former invent them. The former have an abstract understanding of numeration itself in all of its permutations, while the latter lack all such understanding.

Overall, there is a lot of evidence separating humanity from other species, and also evidence that this separation is caused by a transphysical component.

This article is an edited excerpt from Fr. Robert Spitzer’s work 70,000 Years Ago, What Made Us Human: The Origin of a Soul? For more on this discussion, read Father's book The Soul’s Upward Yearning.