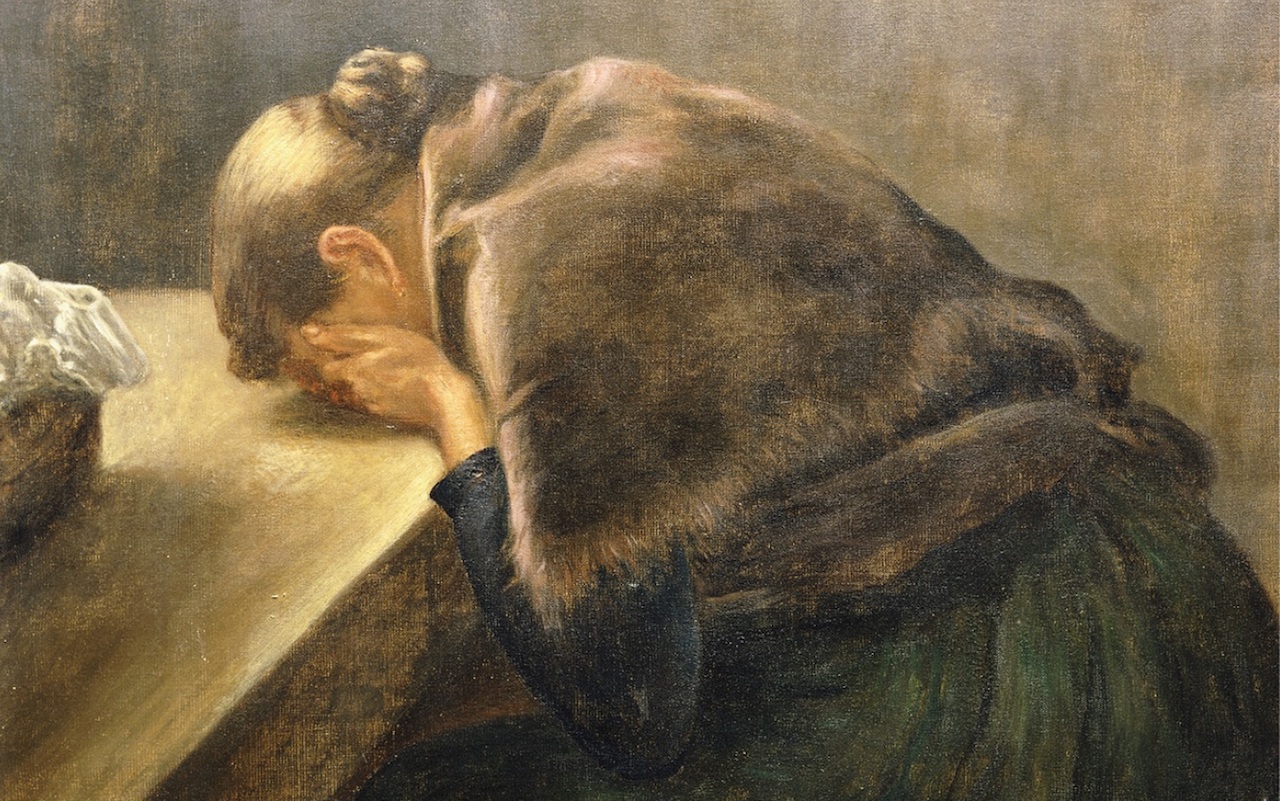 It often happens that people use evil in the world as an argument against the very existence of God. Bluntly, if God is good, how can it be that a child gets cancer? How can it be that a young mother dies, or that a friend becomes paralyzed? Why do bad things happen to good people?

Though it’s presently used as a popular argument for atheism, the question has been asked for many centuries—and very often, by people who unshakably believed in God. Job wondered why. In fact, Job was the most famous wonderer-why of them all. But for all Job’s wondering, he never questioned whether there was a God.

Whereas atheists might use suffering as an argumentative weapon, there is a deep poignancy in this question when it is formed on the lips of those who truly love God. Those who have embraced a friendship with God may wonder: Why does my friend—my best friend—let my little child suffer?

So why does God allow suffering?

To my atheist friends, I’ll concede this: If this life were all there is, suffering would be cruel.

But we have been assured of something very different, by the very God they deny. There is a place of health, joy, and everlasting happiness: “What no eye has seen, nor ear heard, nor the heart of man conceived, what God has prepared for those who love him.” This life, this “vale of tears,” is neither our destination nor our home. It is Heaven that is our home. That fact does not negate pain and sorrow, but if Heaven is our home—rather than Earth—then the very question of suffering and death is quite different, indeed.

Perhaps we could view it this way.

In his "Summa Theologica," Saint Thomas Aquinas analogizes our lives to a road. And like any road we travel, we can only see a short distance ahead of us. God, however, sees the entire road. And not only does He see “our” road, He sees all the roads of everyone, ever. He sees my road intersecting with the roads of my wife and children and friends and brothers and sisters. And you. Because if you are reading this right now, our paths are crossing. You and I crossing paths at this moment might mean almost nothing, and it might mean almost everything. I don’t know. But God knows. And He has known from all eternity.

In His Providence, God desires all the intersections between each other to make us better people. Mercifully, we have the power to cooperate with Providence.

Very simply, each of us has the power to make someone’s day a little better, and this makes us better.

And this points directly to the issue of suffering. As Rabbi Harold Kushner writes,

“We may not ever understand why we suffer or be able to control the forces that cause our suffering, but we can have a lot to say about what the suffering does to us, and what sort of people we become because of it.” -Rabbi Harold Kushner

We may argue the point; we may begrudge the point, but it is nevertheless true that suffering can bring about great good. Though it can certainly have the reverse effect, suffering can make us better people than we would have been without it.

Suffering is where we grow together

But it even goes beyond that—it affects the people around us, and often in good ways. We might look at it like this:

We have all known people for whom suffering made them better, kinder, and more loving people. Though suffering varies greatly in difference and degree, it is a universal human condition. Suffering is where our roads not only intersect, but merge on the way to Heaven—the doors to which were opened with God’s own suffering. Perhaps this is why Peter Kreeft reminds us that God is with us in suffering; after all, Jesus was scourged, crucified, and died. And because of his suffering, we can become saints.

If God truly loves us and God is omniscient, why, then would He never allow suffering? It would be a shallow deity whose ultimate objective for his creatures was merely the absence of pain. But the true God loves us—even to the point of allowing pain and suffering to further our perfection. As C. S. Lewis puts it in The Problem of Pain, God “has paid us the intolerable compliment of loving us, in the deepest, most tragic, most inexorable sense.” God loves us enough to allow something that betters us and reorients us to eternal happiness. It may be that the sorrow of suffering in this life brings about perfect happiness in the next. If that may be the case, perhaps we should be asking a quite different question: How could a good God never allow suffering?

Let me leave you with seven bible verses to reflect on further as you think about this question:

Why Does God Allow Suffering?

Understanding the Complexities of Depression and Spirituality

Why Does God Allow Evil