Why Do People Believe in God? 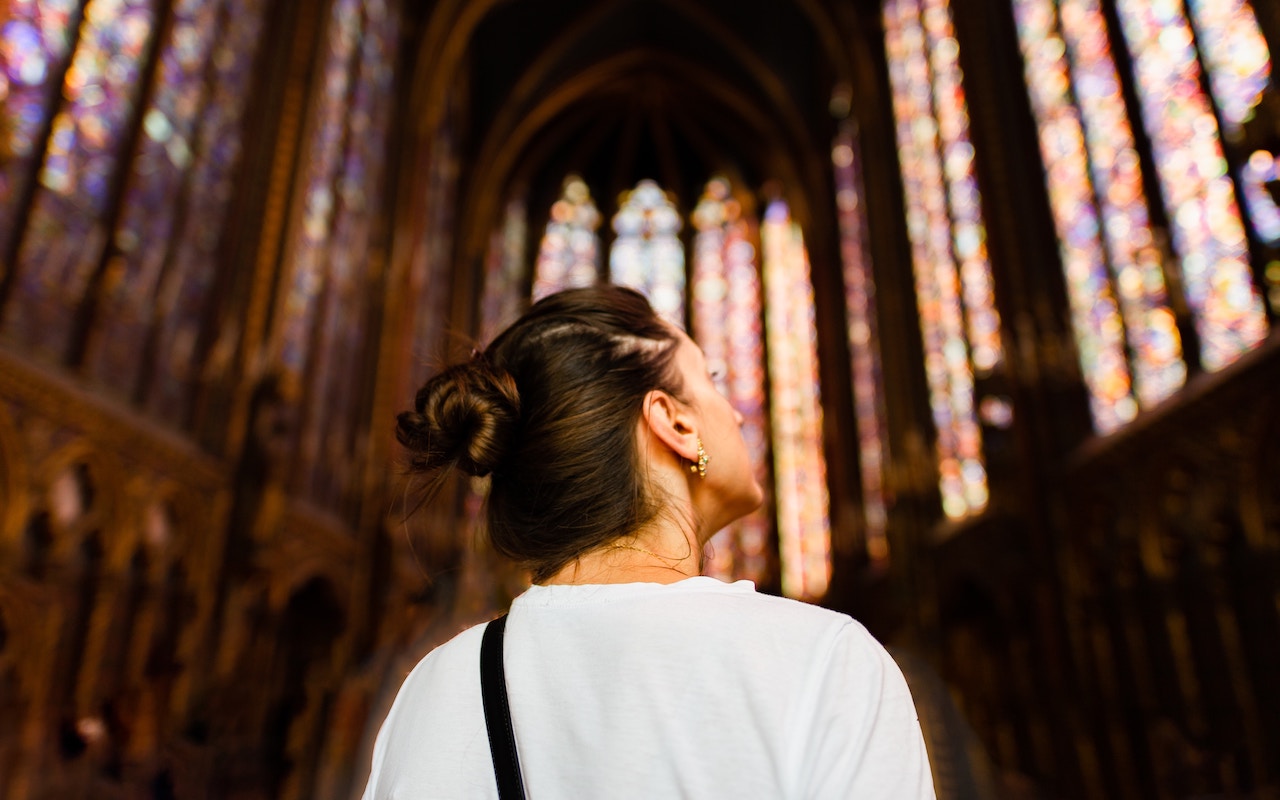 God is a “fiction” created by the human person, a delusion.

At least, this is the narrative proclaimed by the new atheists, such as Richard Dawkins and Sam Harris, to any and all who will lend them an ear. Dawkins considers belief in God to be a delusion: a persistent false belief held in the face of strong contradictory evidence. Sam Harris tells everyone that religion is dangerous and “There is no God, and you know it.”

There may be anti-religious bias even in social research.

Consider the title of one study published in 2010, “Why Liberals and Atheists are More Intelligent” (the deep anti-religion bias lies in the design and assessment of results, as reported here).

This reduction of religion to “fantasy”—and worse—has a long and deep history. Religious belief has been mocked before, as Mary Eberstadt points out in “It’s Dangerous to Believe.” She continues:

Every age turns out people who follow their God, and who insist on listening to what they call “conscience”--even when acting on their beliefs runs against their self-interest, or what their supposed “selfish” genes ought to be telling them to do. -Mary Eberstadt, “It’s Dangerous to Believe”

The majority of vocal atheists are hoping He is.

The problem is that we can’t seem to rid ourselves of this powerful belief, in spite of the fact that many people are disenchanted by “organized” religion. Consider the following...

It seems, from a partial review of the literature, that children may be hardwired to be theists, diluting the theory that such notions are the result of cultural or social indoctrination. In one study, the results indicated that children’s ideas of God cannot be reduced to anthropomorphic projection. Rather, “in developing a concept of God, even young children differentiate God from humans and resist incorporating certain aspects of the human concept into their concept of God.”

Additionally, research in the area of religion (belief in God) is receiving increased attention. In a recent update from the Templeton Foundation, the study of religious cognition was declared a priority. What could such studies reveal?

How does an average religious person come to know God—or what he or she takes to be God? How do “felt” beliefs about God—heart-level or gut-level beliefs, if you like—relate to more propositional or head-level beliefs? And when people describe themselves as having a relationship with God, how does that manifest itself in psychological terms? We have a pretty robust literature on social cognition—how people think about others and themselves in relation to others—but just what kind of “other” is God? And then for those who don’t believe in God or any other supernatural entities, how was that not-believing arrived at?” -Nicholas J. S. Gibson, Senior Program Officer, Human Sciences at the Templeton Foundation

It is interesting to note that atheist’s non-belief is an object of study as well.

Fr. Spitzer on the religious experience and belief in God

In spite of numerous philosophical and mathematical proofs for the existence of God, perhaps we can ask: how do people “experience” God?

In an interview on the show Closer to the Truth, Fr. Spitzer discussed this very topic with host, Robert Lawrence Kuhn.

Kuhn starts out by relating his uneasiness with the less analytical approach to discussing the existence of God provided by examining religious experience. Why? Well, it is subjective and therefore not “scientific.” Fr. Spitzer’s response is worth listening to in its entirety (the clip is only 8 minutes!), but his main points are summarized below.

Fr. Spitzer agrees with Kuhn that you can’t formally argue God’s existence from religious experience, essentially because it is based on information that is not shared. It is personal and subjective. However, Father goes on to explain that many people have religious experiences, and that there are three different types: mystical, existential, and a natural but transcendent desire for “home.”

Many people have experiences that are sudden in nature and that “surprise” them—but which include a deep sense of awe, joy, connectedness or unity. They can be triggered by simple experiences such as hearing a bird sing (C.S. Lewis describes such experiences in “Surprised by Joy”). These feelings come together in a sacred sense of reality, described by Rudolf Otto as the “numinous experience”.

To illustrate what he means by the existential path, Fr. Spitzer briefly discusses St. Augustine’s description of the four “drivers” of his pursuit of happiness as described in the “Confessions” (one will recognize Fr. Spitzer’s four levels of happiness). Augustine had his fill of sensual pleasures, ego fulfillment, and a sense of making the world a better place. Finally he recognized in his desire for perfect love, goodness, truth, and beauty, that only God will satisfy him: “Our hearts are restless until they rest in Thee.”

This experience is a common one—even if it is only that we sense that we are underliving our lives, that there is something more for us to do or be. Fr. Spitzer believes that this call is from within our own nature, and from God who is inviting us into the transcendent.

The desire for “home”

Fr. Spitzer briefly touches on the natural, spiritual desire within us for perfect “home.” He states that the sense of a spiritual domain is irreducible to any biological mechanism or instinct. He mentions the work of Mircea Eliade, a well known religious historian, who reports that this sense of the sacred exists universally in all religions. In other words, human beings are universally aware of a spiritual domain to which they feel a call.

So why do people believe in God?

For a believer, God’s existence provides a framework for understanding the world in all its glory and wonder. It also answers—more satisfactorily than atheism—the fundamental questions about the purpose and meaning of existence.

Perhaps we are simply hardwired to believe.

Ultimately, whatever neuroscientific research may uncover and however loudly it is decried by atheists, belief in God is not likely to go away.

For more on this topic, see Fr. Spitzer talk on the transcendent soul here.

God’s Presence to Our Consciousness: The Numinous Experience, Intuition of the Sacred, and Conscience

Evidence of a Transcendent Soul

Evangelization: Reawakening the Human Desire for a Lasting Home