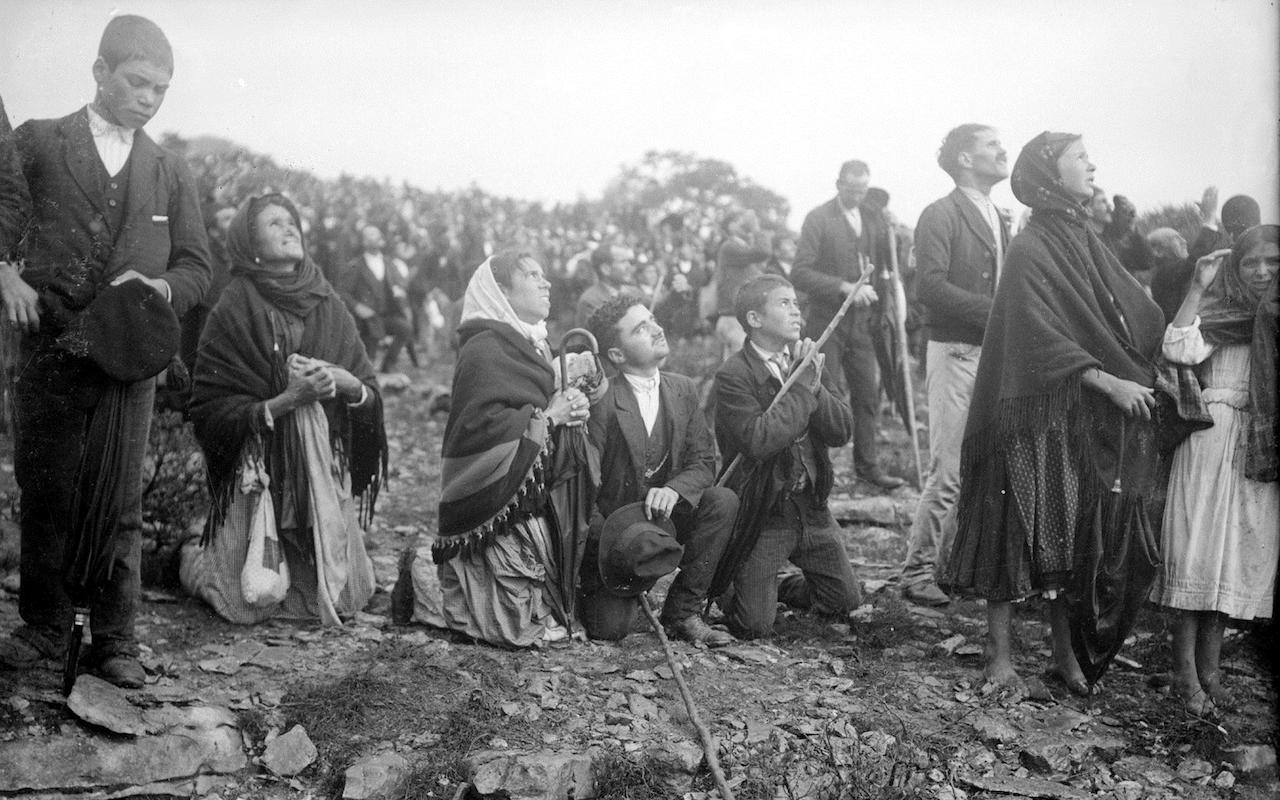 On May 13, 1917, Lucia Santos and her cousins Jacinta and Francisco Marto were visited for the first of many times by the Blessed Virgin Mary at the Cova da Iria in Fatima. 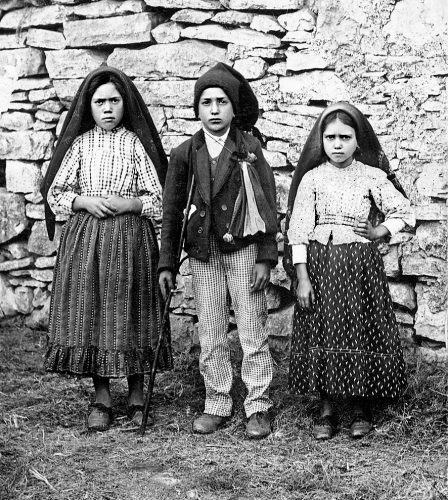 Mary appeared to them as exceedingly radiant. She wore a white mantle edged with gold, and she carried a rosary. Our Blessed Mother told the children to devote themselves to the Holy Trinity and to daily recitation of the rosary for an end to the First World War.

In August of 1917, Mary promised an extraordinary miracle on October 13. She then proceeded to visit the children three more times prior to the miracle. With each apparitiation, she encouraged the children to pray the rosary for world peace.

The Miracle of Fatima

On October 13, about 50,000 people gathered at the Cova da Iria to witness the great miracle. It had been raining, but and then the sky began to clear.

Suddenly, Lucia shouted, “Look at the sun.” The sun appeared to be rotating on its own axis, throwing out a variety of colors, and then it appeared to approach the earth, causing many to believe that the world was ending. The sun then returned to its normal state.

A lawyer's testament of the miracle

Dr. Domingos Pinto Coelho, a lawyer reporting for the Catholic newspaper of the time, described the event as follows:

The sun, at one moment surrounded with scarlet flame, at another aureoled in yellow and deep purple, seemed to be in an exceedingly swift and whirling movement, at times appearing to be loosened from the sky and to be approaching the earth, strongly radiating heat.

A journalist reports the miracle of the sun

A reporter from the Lisbon paper, "O Dia," saw it this way:

The silver sun, enveloped in the same gauzy grey light, was seen to whirl and turn in the circle of broken clouds... The light turned a beautiful blue, as if it had come through the stained-glass windows of a cathedral, and spread itself over the people who knelt with outstretched hands... people wept and prayed with uncovered heads, in the presence of a miracle they had awaited. The seconds seemed like hours, so vivid were they.

A scientist witnesses the miracle of Fatima

The sun's disc did not remain immobile. This was not the sparkling of a heavenly body, for it spun round on itself in a mad whirl, when suddenly a clamor was heard from all the people. The sun, whirling, seemed to loosen itself from the firmament and advance threateningly upon the earth as if to crush us with its huge fiery weight. The sensation during those moments was terrible.

Additional accounts of the miracle

Fr. John DeMarchi spent seven years researching the Fatima accounts of both the apparitions and the miracle of the sun, obtaining hundreds of testimonies to the phenomenon. He presents them in three important works:

The Miracles that made Pope John Paul II a Canonized Saint

How Historians Know that Jesus Really Did Perform Miracles