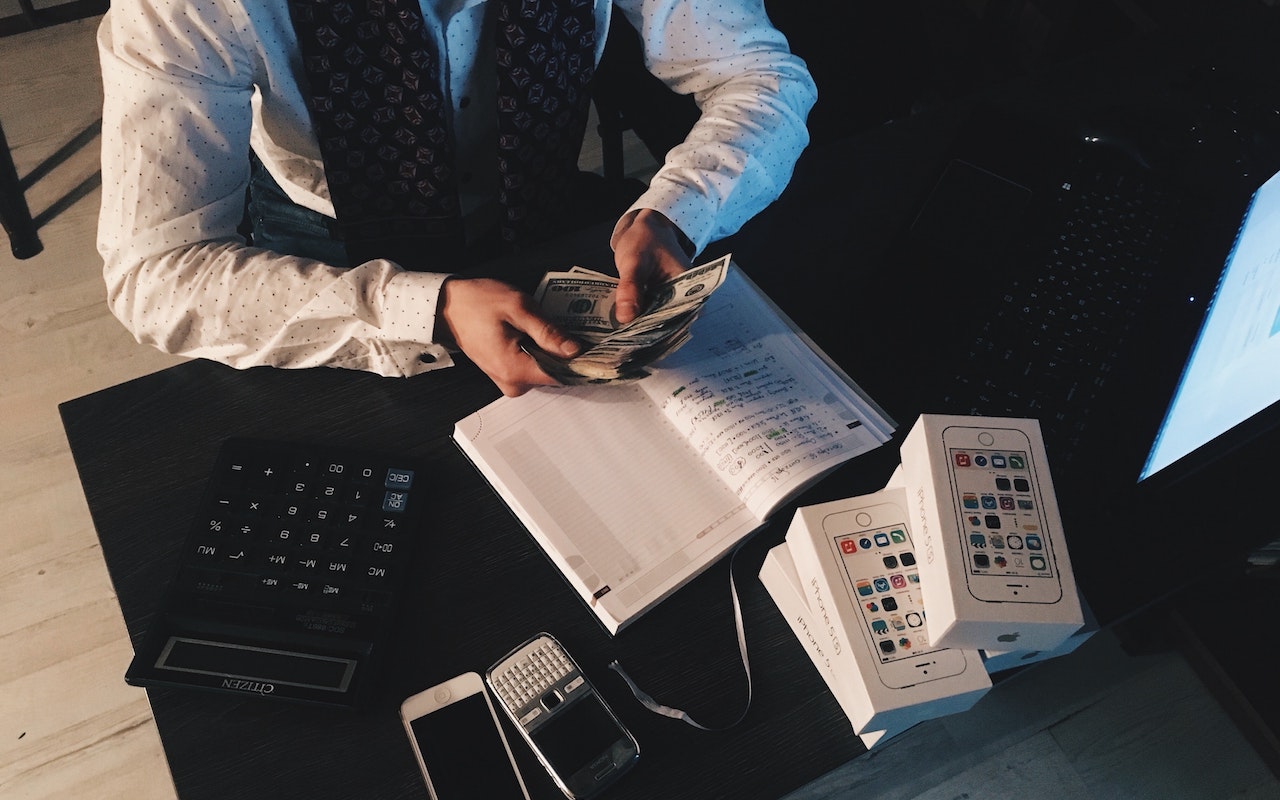 Greed is the excessive desire for material possessions and wealth. Although greed does not cause physical addiction, it does cause a psychological obsession that leads to an insatiable desire for more.

The greedy person reaches a point where he or she is willing to cheat, steal, defraud, and exploit the vulnerable in order to obtain unnecessary material gain.

Although those prone to greediness primarily desire more simply to “have more,” they secondarily have the ego-centric desire to have more in order to “be more” than others.

Crises, and greed in literature

If one gives in to its lure, greed takes over more and more of the human psyche. It can become the dominant perspective from which one views self, the world, and others. As greed continues to seduce the individual, it blocks out empathy, respect, and compassion—and as it grows—even conscience and the desire for relationship with God.

The insatiability of greed makes it expansive. The more one gets, the more one wants.

Is there any way out of the seduction of greed? There is—namely, a crisis of meaning, emotional crisis, existential crisis, economic crisis, relationship crisis, family crisis, and/or community crisis.

A crisis can be the best thing that ever happened to a person struggling with greed, because it causes a rethinking of life’s meaning, fulfillment, and destiny. This in turn leads to the discovery (or in many cases, the rediscovery) of the goodness of love, family, integrity, and God.

This point is illustrated well in both the scriptures and literature, particularly in Charles Dickens' “A Christmas Carol,” Robert Bolt’s “Man for All Seasons,” and John Steinbeck's “The Pearl.”

‘A Christmas Carol’ and the crises of ghosts 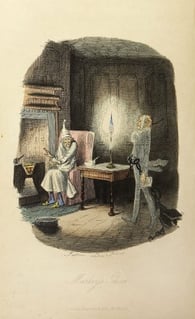 Charles Dickens provides one of the best literary studies of the heart and mind of greed in virtually every one of his novels concerning England during the Industrial Revolution. However, the epitome of greed is best illustrated by Ebenezer Scrooge in “A Christmas Carol.”

Though one might view Scrooge’s change of heart as a bit artificial, because he is able to benefit from a privilege that most greedy people will not have–visits by four ghosts–Dickens’ conversion story has an undercurrent of realism.

In order to escape greed one needs a “wake up call,” typically in the form of a crisis. For Scrooge, the crisis appears in the form of the four ghosts that cause disruption of his life and a reexamination of what makes life truly worth living.

As with the ghosts, crises do not force one to take action; they only challenge an individual towards action. Crises, like Scrooge’s ghosts, can lead either to despair or to genuine change of heart. After this, only one thing remains: to develop goals, virtues, and prayer to solidify that change, so that any sort of regression will be difficult, if not quasi-impossible.

An example of greed drawn from history, literature and the Bible comes from Robert Bolt’s “A Man for All Seasons.”

Saint Thomas More quotes scripture when he confronts Richard Rich who has falsely accused More (consigning him to death) in order to obtain Lordship over Wales. More asks him:

“It profits a man nothing to give his soul for the whole world… but for Wales, Richard?” -St. Thomas More

The Bible’s teaching is clear: we risk heaven when we allow ourselves to be consumed with the goods of this world. To break the spell of greed, we must focus on life’s higher purpose and open ourselves to the Lord who saves us.

‘The Pearl’ as an example of greed’s destructive nature

The fable-like novella, Steinbeck’s “The Pearl,” tells of Kino, a lowly pearl diver, who finds a pearl the size of a sea gull’s egg. 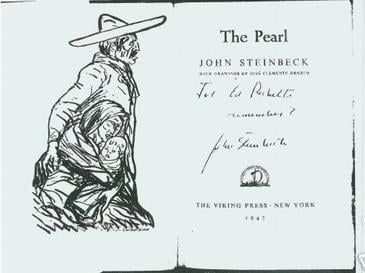 By Source, Fair use

In this one pearl Kino sees a whole new life, where his son will get an education, and he and his wife will finally get a church wedding. From that point on, Kino makes all his decisions in view of the pearl.

However, the pearl brings nothing but destruction. Thieves burn down Kino’s house searching for the pearl, and Kino kills one of the thieves in self defense. As if these crises were not enough for Kino to rid himself of the pearl, he then flees the town with his wife, child, and the pearl with trackers on his heels.

When asked by his brother to leave the pearl behind, Kino responds:

The pearl, has become Kino’s world.

The fable culminates with a final crisis of Kino’s son being shot by one of the trackers. Only at this point is Kino able to see the destructiveness of the pearl and finally throws it back to the ocean’s depths.

Although “The Pearl” is a fable, and thus much more black and white than real life, one still sees through Kino that greed blind us to destructiveness. Even if greed’s victim can resist this final seduction, it still leaves in its wake tremendous harm and destruction.

There are many more examples of greed in literature, but these three show how one falls into greed, it’s negative effects and destructiveness, and the crisis that awakens one to pull out. Without such crises, greed’s spell can be so powerful that it prevents the discovery of all higher purpose, dignity, fulfillment, and destiny.

For more on greed, and the other deadly sins, see Fr. Spitzer’s paper, “The Deadly Sins: Gluttony/Drunkenness, Greed, Lust, Sloth, and Vanity.”

This article is part of an 8-part series on the "8 Deadly Sins."