Getting Back in the Habit of Mass 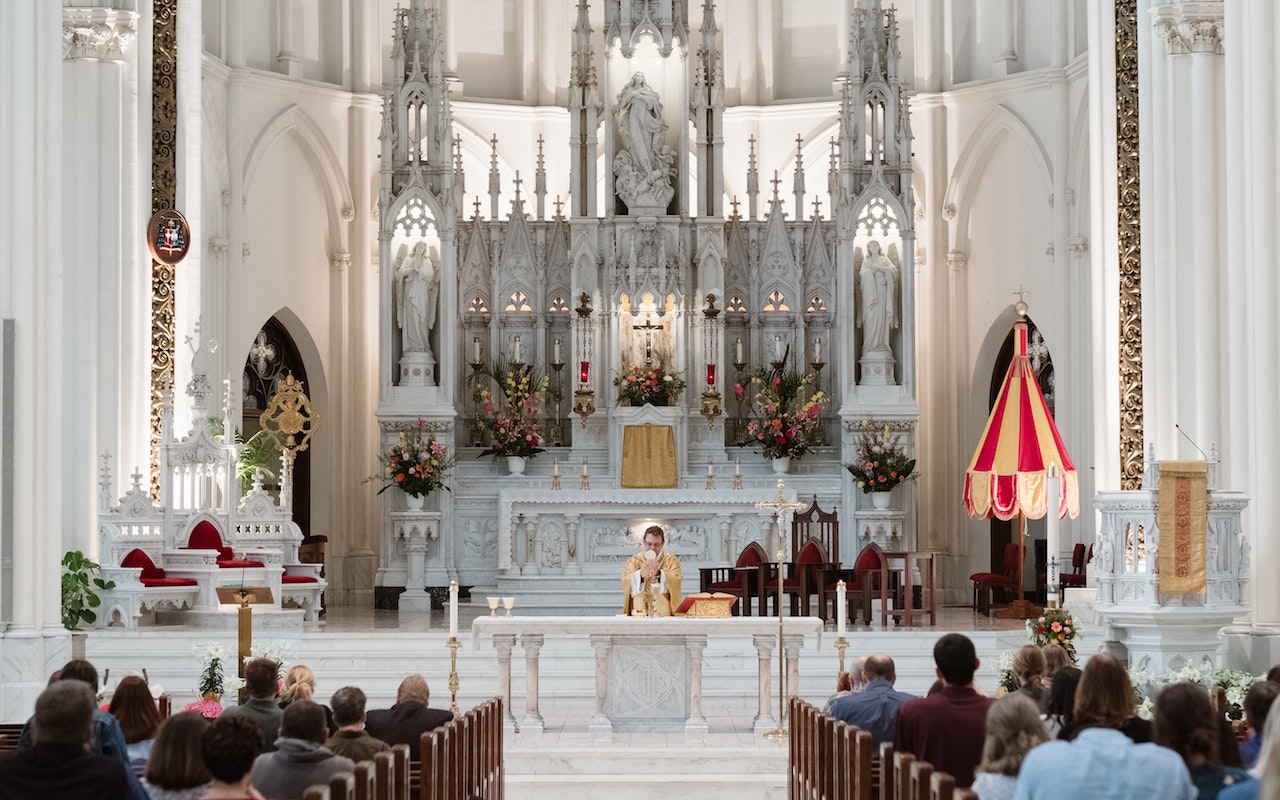 After an accusation was made against him during his confirmation process two years ago, Judge Brett Kavanaugh submitted his highly-detailed personal calendar from his high school days as exculpatory evidence. Some of his opponents noticed that “going to Mass” was not on his calendar—and that seemed an odd omission for a devout Catholic.

Though his statement was lost amidst more sensational testimony, Kavanaugh referenced a central aspect of the human condition: we perform some activities so often that they no longer involve much (if any) deliberative process. These acts are, in Kavanaugh’s words, “automatic.” Whether good or bad, these are the “qualities which are difficult to change,” and that is Aristotle’s definition of habit.

The voluntary and involuntary nature of habit

It’s ironic that we don’t think much about our habits, because our habits, in large measure, define who we are. In fact, the absence of deliberation tells quite a lot about us. For instance, those who have the habit of marital fidelity don’t often wonder, “Should I be faithful to my wife today?” Those who have the habit of temperance don’t ruminate over whether they should get drunk after work.

Habits, though difficult to change, can be changed through voluntary means. For instance, I can force myself to start going to the gym. It’s very difficult the first week because I have to overcome the habit of not going. But ten weeks into gym-going, my brain and biceps urge me to return.

Habits can also be changed by involuntary circumstances. As many of us gym-goers have lamented in recent months, our gyms have been closed. We strongly desired to go, but there wasn’t a thing we could do about it.

And then the gyms re-opened.

But strangely enough, something unexpected happened: it became much harder to go back to the gym. Why? Because now, we have developed a habit of not going. In fact, some people who had been gym-goers for years may never go back to their previous routines.

When the habit is interrupted

This brings us back to Kavanaugh’s point. Especially for us adult “cradle Catholics” (so-called for obvious reasons), going to Sunday Mass is perhaps second only to breathing in terms of its “automatic” nature. Barring personal illness—for fifty or sixty or seventy years of Sundays—we have attended Mass without any hesitation.

Then the churches closed for Covid-19.

I would guess that for many Catholics, things proceeded more-or-less in the following fashion:

The first Sunday without Mass was a shock to the system—an unpleasant and strange feeling of spiritual voltage that actually hurt.

But things became a little easier the second Sunday, and the third.

By the fourth Sunday, we started to plan other activities in place of our usual Mass times.

By the fifteenth week, the local bishop allowed Mass again (minus the obligation), and we started to ask ourselves a question we would have never asked before: should I go to Mass today? The church doors may be open, but the habit is gone—or at least diminished.

Some may wonder how this could happen to a “holy” person, but it’s important to recognize that when we talk about the formation of a habit, we’re having a discussion about neuroscience—not piety. Irrespective of how devout we may or may not be—regardless of our personal level of love for God—the habit has been damaged because the software in our brains has been gradually reprogrammed.

This presents a challenge for every member of the laity: we must form a new habit or re-create an old one. That’s not easy, but there is a method that Charles Duhigg, author of “The Power of Habit: Why We Do What We Do in Life And Business” writes about:

“Choose a cue, such as going to the gym as soon as you wake up, and a reward, such as a smoothie after each workout. Then think about that smoothie, or about the endorphin rush you’ll feel. Allow yourself to anticipate the reward. Eventually, that craving will make it easier to push through the gym doors every day.”

In terms of habit, whether it’s getting back to the gym and getting back to Mass, this same concept applies. If a smoothie (or a vanilla latte) helps re-establish your habit, drink your reward. This might have a Pavlovian feel to it, but it’s a proven method to retrain your brain, as well as influence your intellect and will.

For us cradle Catholics, we must establish a habit for ourselves that was first established by others for us. That may not be easy, but that is exactly what we need to do. And that is what we can do. As Duhigg writes,

“Habits are powerful, but delicate. They can emerge outside our consciousness, or can be deliberately designed.”

We also need to recognize that the habit of going back to Sunday Mass is not something that can be accomplished vicariously—our bishop cannot re-construct our habit, nor can our parish priest. Re-establishing a habit must be done by ourselves. But with our own effort and the grace of God, we can slowly restore and nurture that habit.

One Sunday at a time.

We Are Not Just Products of Our Circumstances: Albert Bandura’s Life Path