How Science Works, Part I: How We Believe—Faith and Revelation 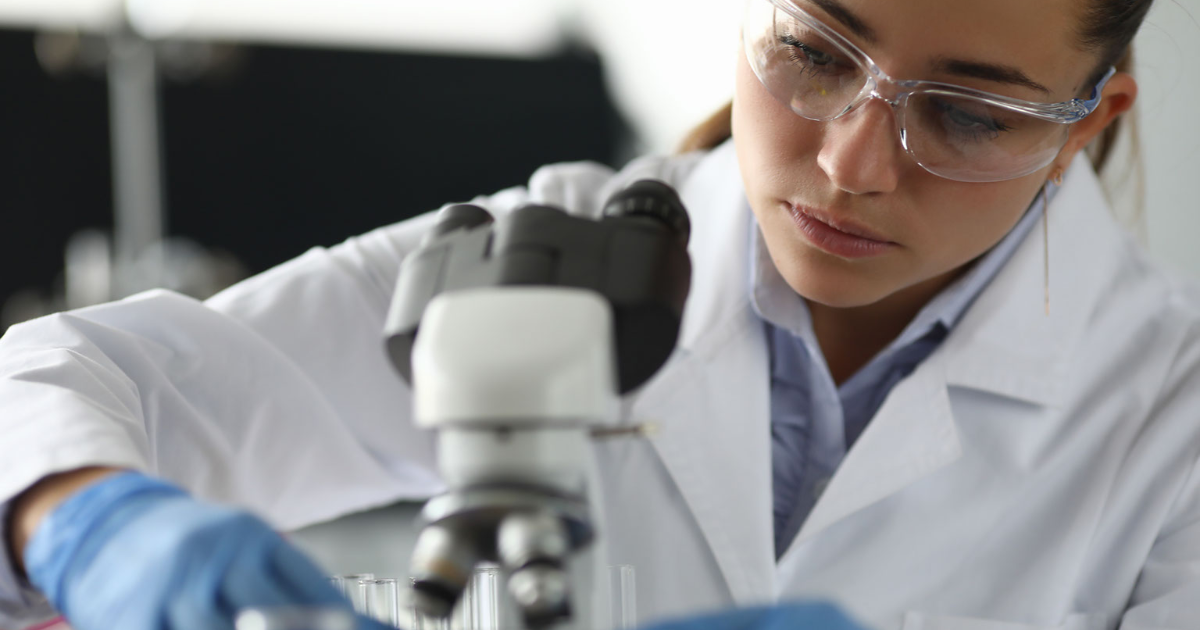 This is the first of a series of articles on how science works and, most importantly, the limits of science: what it cannot tell us about our world. There’ll be several pieces on how and why we believe, the various kinds of knowledge, and how they’re used in science. I’ll give examples of how scientific beliefs change when new facts and theories emerge. The framework for this discussion will be the historical development of thermodynamics, the science of energy.

Let me add some background, so you readers will know where I’m coming from. My interest in how science works came late in my scientific career, after my retirement when I started to read about the history and philosophy of science. When I was doing research, I didn’t wonder why quantum mechanics worked, with all its strange behaviors. It was sufficient for me that it got results that agreed with the theory.

It’s important these days that we know the limits of science, and that what was scientific truth 400, 200, 50 years ago, or 1 week ago, might be untrue with new empirical evidence and new theories. Moreover, it’s important to realize that there are vast areas of human knowledge and belief for which science has nothing to say.

One of these areas is things we believe by faith. And that’s where we’ll go next. 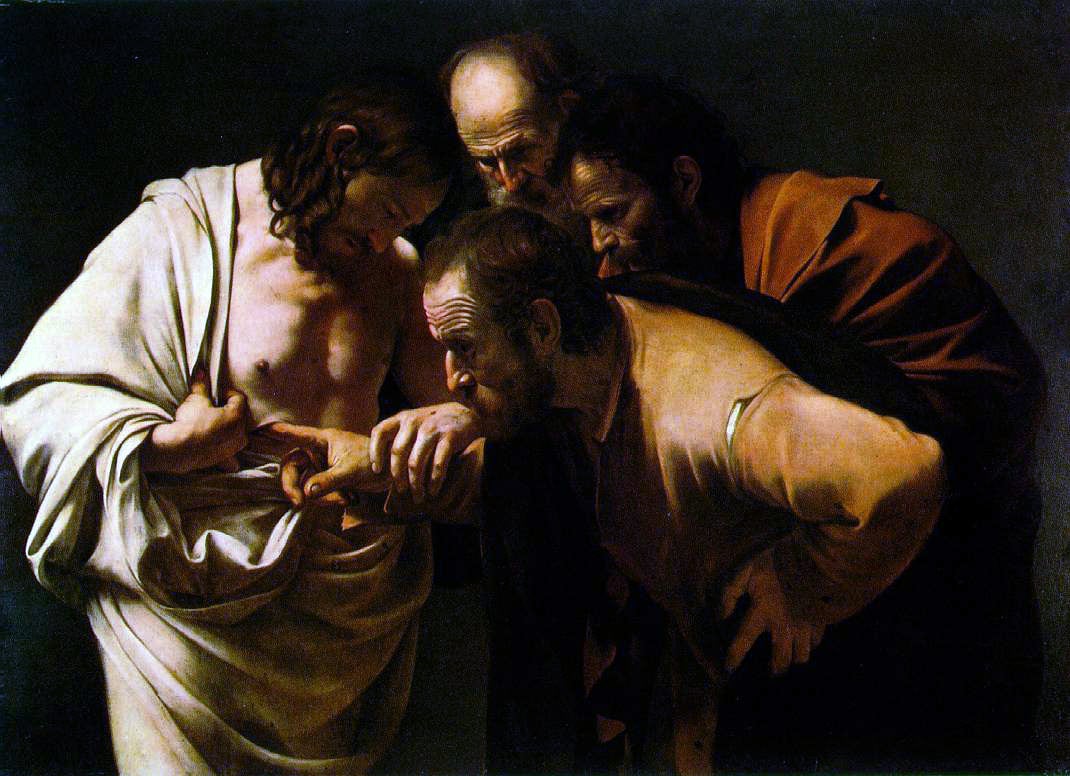 Doubting Thomas by Caravaggio / via WikimediaCommons

Faith is to believe what you do not see; the reward of this faith is to see what you believe. —St. Augustine

Faith and reason are like two wings on which the human spirit rises to the contemplation of truth; and God has placed in the human heart a desire to know the truth —Pope St. John Paul II, Fides et Ratio

Let’s talk about belief first—the idea that you think something is true. There is a difference between the statements “I believe in one God…” (the Credo) and “I believe it’s going to rain tomorrow.” An obvious difference is what one is willing to do or to pay to act on one’s belief. The Christian martyrs were willing to suffer and to die for their beliefs; you might be willing to bet five dollars that it will rain tomorrow, but not your life, no matter what the weather forecast is.

Accordingly, there are degrees of belief, which in fact can be quantified using various techniques in subjective probability and decision theory (see “Probability and the Art of Judgment” and “Subjective Probability–The Real Thing” by Richard Jeffrey). To explore these methods in detail would require another book, but those interested can go to the Stanford Encyclopedia of Philosophy articles.

Possibly the most famous example of quantifying belief and using outcome probabilities as a guide to action is Pascal’s Wager, in which Pascal argues that belief in God is the prudent choice, given the existence of an afterlife (even though the probability of that existence might be infinitesimally small). Objections, most of which are substantial to Pascal’s arguments, have been raised and countered (see "Pascal’s Wager Revisited–The Pearl of Great Price").

Nevertheless, we don’t always act rationally based on our beliefs. We will bet on the lottery, even if the odds—expectation value for a likely gain—are not in our favor. We will take on insurance, even if it is likely to be a losing proposition in the long run. As Pascal himself argued (Pensées, #233), it is not always easy to believe based on prudence and rationality:

“I am so mad that I cannot believe it. What, then, would you have me do?”

“Endeavor then to convince yourself, not by increase of proofs of God, but by the abatement of your passions. You would like to attain faith and do not know the way; you would like to cure yourself of unbelief and ask the remedy for it . . . There are people . . . who are cured of an ill of which you would be cured. Follow the way by which they began: acting as if they believed, taking the holy water, having masses said, etc.”

Now, can one “fake it until you make it” as Pascal suggests? Or will the sacraments be ineffective because the motive of the recipient is mercenary? Which of the Catechism dicta below are appropriate?

The sacraments are efficacious signs of grace . . . They bear fruit in those who receive them with the required dispositions. —Catechism of the Catholic Church, 1131

The sacrament is not wrought by the righteousness of either the celebrant or the recipient, but by the power of God. —ibid, 1129

The second suggests that if one prays for faith, then the “top-down” approach will work, starting from the head and eventually through to the heart. Or, as Pascal suggests:

. . . at each step you take on this road you will see so great certainty of gain, so much nothingness in what you risk, that you will at last recognize that you have wagered for something certain and infinite, for which you have given nothing. —Blaise Pascal, Pensées 2333

So, we can see that belief, as manifested in faith, is not an absolute, a two-valued yes or no, but a quality that is measured on a continuous scale, and that can be implemented by other than strictly rational means.

Faith is to believe what you do not see; the reward of this faith is to see what you believe. —St. Augustine of Hippo, Sermons, 4.1.1

As the quote from St. Augustine puts it, faith is belief in that which is not confirmed by direct evidence from the senses. On the other hand, what about revelation, such as the vision St. Paul had on the road to Damascus? That is surely a personal experience, not experienced directly by others. Revelation—the direct word from God or His messengers, the Angels—is not confirmable. It happens once, and even if it happens to more than one person (as in the descent of the Holy Spirit at Pentecost), one still has to believe the word of those to whom it occurred.

St. Teresa Benedicta of the Cross (Edith Stein) explored the relationship between philosophy and theology, or equivalently, between faith and reason. In her work, Finite and Eternal Being, she proposed a hierarchy that faith went beyond rational knowledge:

Since the ultimate ground of all existence [alles Seienden] is unfathomable, everything which is seen in this ultimate perspective moves into that dark light of faith, and everything intelligible is placed in a setting with an incomprehensible background.

I’ll put this another way: the fundamental question we ask is “Why are we here?” Science might be able to say how our physical bodies came to be here, but science can’t answer the question: “Why did we come to be?"

Science would respond: “that question is meaningless—can’t be answered by scientific methods.” Only faith can give a satisfactory answer to that why question.

In the next article, “How Science Works, Part II: Rational Inquiry,” we’ll explore the different methods by which we come to believe by reason: logic to determine what kinds of statements are true; factual exploration to determine what is real.  We’ll also see what limits there might be to such methods.

Note: These articles are adapted from my Web-book, “Truth Cannot Contradict Truth.”

The God Delusion: Belief and the Brain Part I