Joy and Music: Confessions of a Piano Guys Fan

What is it about music that can lift us to the extreme heights of joy, down into the depths of sorrow; from a resting state of mind in which we contemplate the world's joys and sorrows, to a restless physical state that requires us to DANCE?

I confess that this describes my experience when I listen to and watch the Piano Guys. Their joy and sheer delight in creating and sharing their music is infectious.

I can measure the sound waves being emitted by an instrument and understand the process by which those notes are captured on a recording instrument, and then transferred to my computer. I can map the spaces in my brain that are stimulated by those sound waves, which then stimulate an observable reward center in my brain flooding it with a swirl of happy neurotransmitters, which then seems to spontaneously create the impulses flowing to the muscles in my hands and feet—my whole body sometimes!—erupting in clapping hands and dancing feet, but have I yet captured my experience of music at that moment? 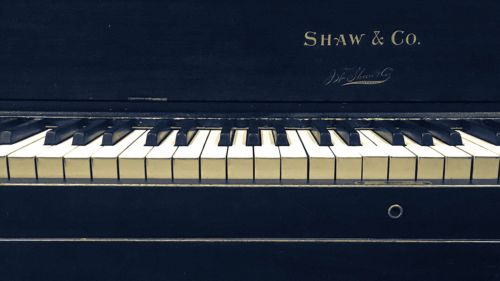 Don’t get me wrong: I love science, the incredible technology it has produced, and all that it has revealed of the wonders of the universe, including the intricate workings of the human body.

Some scientific explanations, however, end up reducing all our experience-- thoughts, feelings, and our knowledge even--to a series of neuro-physical and chemical reactions, stealing from us our individuality, reducing our experiences to an illusion, like some cosmic joke or hiccup in evolution. (Hence, the importance of the upcoming conference sponsored by the Society of Catholic Scientists. here)

Think of all the memes posted on social media about what makes life worth living. The wonder that fills our minds and hearts as we gaze at a star-studded night sky or into the eyes of a beloved, the joy that fills us as we listen to music or hang out with family and friends-- these “data points” are meaningless?

Do not be disturbed by the evolutionary atheist “explanation” that we are only trying to comfort ourselves in a harsh world, we who are insignificant entities populating a tiny world in a vast and impersonal universe (that is what religion and belief in God are all about anyway, right?); or be frightened by the misuse of quantum theory to debunk the “reality” of human knowledge. (Which is spurious. Click here to understand what the Uncertainty principle means.)

The fact that humans create ART is one testimony screaming “transcendence”.

Actually, we have five transcendent desires that point to a level of existence beyond the material one before our eyes. They are described powerfully in Fr. Spitzer’s book The Soul’s Upward Yearning and his series on Happiness and have been discussed in these blog posts before. (See earlier blog post)

So my advice? Dance like no one is looking because you know that Someone is, and He delights in the children of men.