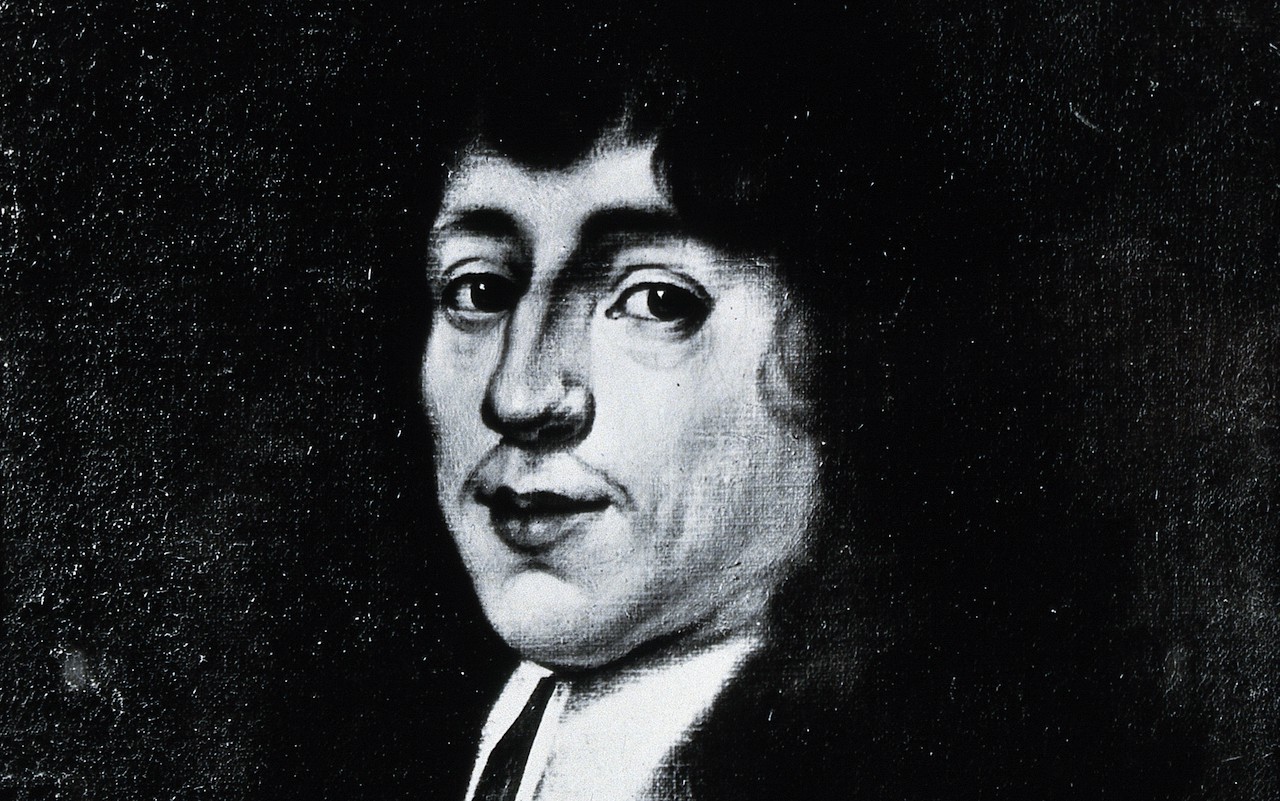 The discovery of 25 million year old shark’s teeth embedded in a hunk of rock on the southern coast of Australia created a sensation in 2015. It was a rare find, because there were several teeth from the same shark—not just one.

Discovered by an amateur fossil hunter, it took scientists two years to confirm that the teeth belonged to an extinct species of a mega-toothed shark, said to be twice the size of a great white.

Interestingly, over 350 years ago, shark’s teeth created a similar sensation and led to the founding of a new science by Nikolas Steno (1638-1686): geology.

According to a talk at the 2018 Society of Catholic Scientists given by Dr. Andrew Sicree from Penn State University, Steno is credited not only with founding modern geology, he contributed major discoveries in anatomy and is viewed as the founder of 3 other sciences: paleontology, crystallography, and mineralogy.

With such an array of accomplishments one might wonder what forces in his background—people and circumstances—contributed to his enormous success.

Born in Copenhagen, Denmark, son of a goldsmith, as a young child, Steno was quite sickly but still managed to study math, logic, philosophy and theology. He was fortunate that his teacher Ole Borch at the Lutheran academy frequently put on scientific demonstrations for his students; it was through these that Steno learned the art of observation and experimental design. The friendship between teacher and student lasted Steno’s lifetime.

Upon entering university, Steno began to study medicine, but the plague interrupted his studies. During this time, Borch encouraged Steno to study Descartes, Galileo, Bacon, Gassendi, and others. For a short time, his preceptor at the University was none other than Denmark’s leading anatomist, Thomas Bartholin, the first to discover lymphatic vessels. At this time, anatomy was a prestigious science: people would purchase tickets to watch a dissection.

As a student, his first major anatomical discovery was of the parotid duct in a sheep’s head. (Other anatomical discoveries include the follicles of the ovary, the vitelline duct, and the glands that produce earwax.) With the interruption of his medical studies, he was free to pursue his various interests, leading him to travel around Europe (Amsterdam, Paris, and Florence) where he studied and interacted with many of the best scientists of his day. His dissections became famous and were attended by professionals and social elites alike. One witness wrote that he was “the rage” of Paris. He remained there only a year, delivering a lecture on the brain that destroyed the current theories (including Descartes’ claim that the pineal gland was the seat of the soul).

At the age of 28, he was appointed professor of anatomy at the University of Padua. He also joined the impressive Accademia del Cimento. Francesco Redi, whose famous rotting meat experiment challenged the Aristotelian theory of spontaneous generation, was one of its most celebrated members.

The Principle of Identity: Shark’s Teeth and Stones

Steno used the Aristotelian principle of identity both in anatomy and geology: if two things are alike in every aspect, then they must have the same origin. For example, he recognized the muscular nature of the heart and compared it to other muscles in the body. That recognition was only the beginning of his anatomical discoveries.

In October of 1666, Steno had just finished a manuscript on muscle contraction that was about to be published. An exciting opportunity presented itself: French fisherman captured and killed a great white shark, the likes of which had been reported but rarely seen. The grand duke ordered the beast butchered and its head sent to the palace for dissection.

After dissecting and examining the multiple rows of large teeth, Steno observed the strict similarity to the glossopetrae (tongue stones) found in the mountains and used by many physicians for their “medicinal powers.” He argued that the “tongue stones” brought back from the mountains must be fossilized shark’s teeth, different from the originals in chemical composition. Earlier explanations of their existence claimed they fell from the sky or else, relying on Aristotle’s theory of spontaneous generation, grew from the mountains themselves. 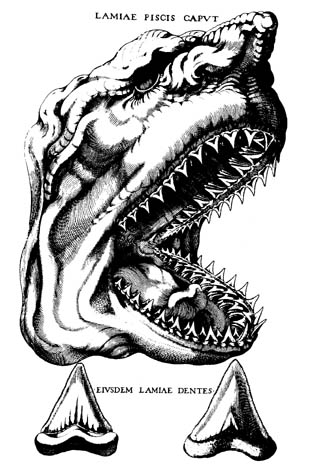 According to Alan Cutler, a geologist himself and author of The Seashell on the Mountaintop, this discovery brought to the forefront of Steno’s mind an unresolved question of the time: Why are seashells often found far from the sea, sometimes embedded in solid rock at the tops of mountains? Could these “tongue stones” be fossilized shark’s teeth? His observations and conclusions came at the right time to spark the beginning of paleontology. But there is more.

The Main Principles of Geology

Both of Steno’s previous mentors, Borch and Bartholin, had been interested in (and collected) fossils, so Steno would have been well aware of their existence and various explanations of their origins. His travels also would have brought him through many dramatic, rocky landscapes. As an astute observer of the multilayered nature of the human body, he must have seen parallels in the “layers” he observed in the layers of rocks. As a young student in Borch’s lab, he would have seen stones dissolved in solutions and precipitates coming out of solutions in layers. The wheels must have been turning!

In 1669, only a few years after the famous shark head dissection, Steno published his most comprehensive work, but not on anatomy, but geology: Prodromus (or De Solido). In this publication, Steno lays down the foundational principles of modern geology, which became hotly contested in his time:

Additionally in De Solido, Steno reveals the law of constancy: he carefully measured the interfacial angles of crystals and discovered that crystals of the same mineral exhibited the same interfacial angles. These and other observations confirm his place as the father of mineralogy.

In a different kind of upheaval, two years prior to this publication, in 1667, Steno converted to Catholicism prompted by his interactions with the Catholics in Medici’s court and after witnessing a Corpus Christi procession. 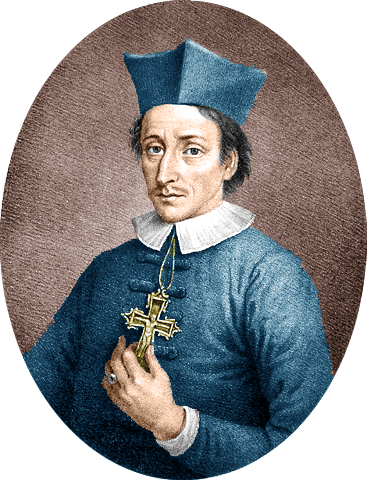 But that was not enough. In his own words:

“As soon as I attentively pondered God’s favors to me, these appeared to be so many that I couldn’t help but offer to Him the best of myself and in the best way, from the bottom of my heart…” —Nikolas Steno

After 9 years of studying, in 1675, Steno was ordained a priest. By 1677, recognizing his zeal to convert his Lutheran brethren, the Pope appointed him bishop after which he went to Hanover to strengthen the Catholics in a heavily Protestant area. He died, exhausted by his efforts and ascetic life-style, at the age of 48.

In 1988, Bishop Nikolas Steno was declared blessed by John Paul II, a stage on the way to being declared officially a saint. Always pious, even in his youth, Steno’s encounters with the many Catholics, especially in Italy, led him to doubt his Lutheran faith. After his conversion, subsequent ordination, and throughout his ministry as a bishop, he was known both for his asceticism and generosity to the poor. It is said that he sold his bishop’s ring and crozier in order to give the money to those in need. 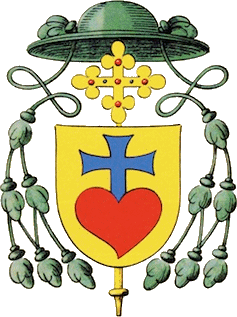 Coat of arms of Nicolas Steno, as Auxiliary Bishop of Münster. The cross symbolizes faith and the heart the natural sciences. The left side of the heart is intentionally larger than its right site.

Some biographers claim that he gave up his scientific interests when he became a priest, but it is known that he was still studying the structure of the brain in 1684, only two years prior to his death.

Steno’s contributions to anatomy and to the new science of geology occurred because he was meticulous in his observations and experimental designs. This provided the confidence to challenge long-held beliefs of the “ancients” and new ideas put forth by contemporaries. He had the integrity to admit when he did not know something, a rare virtue in academia of his day and in our own.

Although a scientist at heart, Blessed Steno was also moved by beauty:

Fundamentally, Steno believed science should play a role in the life of faith. The study of anatomy, he said, should “lead the audience by the wonderful artwork of the human body to the dignity of the soul and by the admirable structure of both to the knowledge and love of God.”

Cover Image: Nicolaus Stenonius [Nils Stensen]. Photograph after a painting in the Uffizi / See page for author, CC BY 4.0, via Wikimedia Commons