Habitable Worlds and the Origin of Water 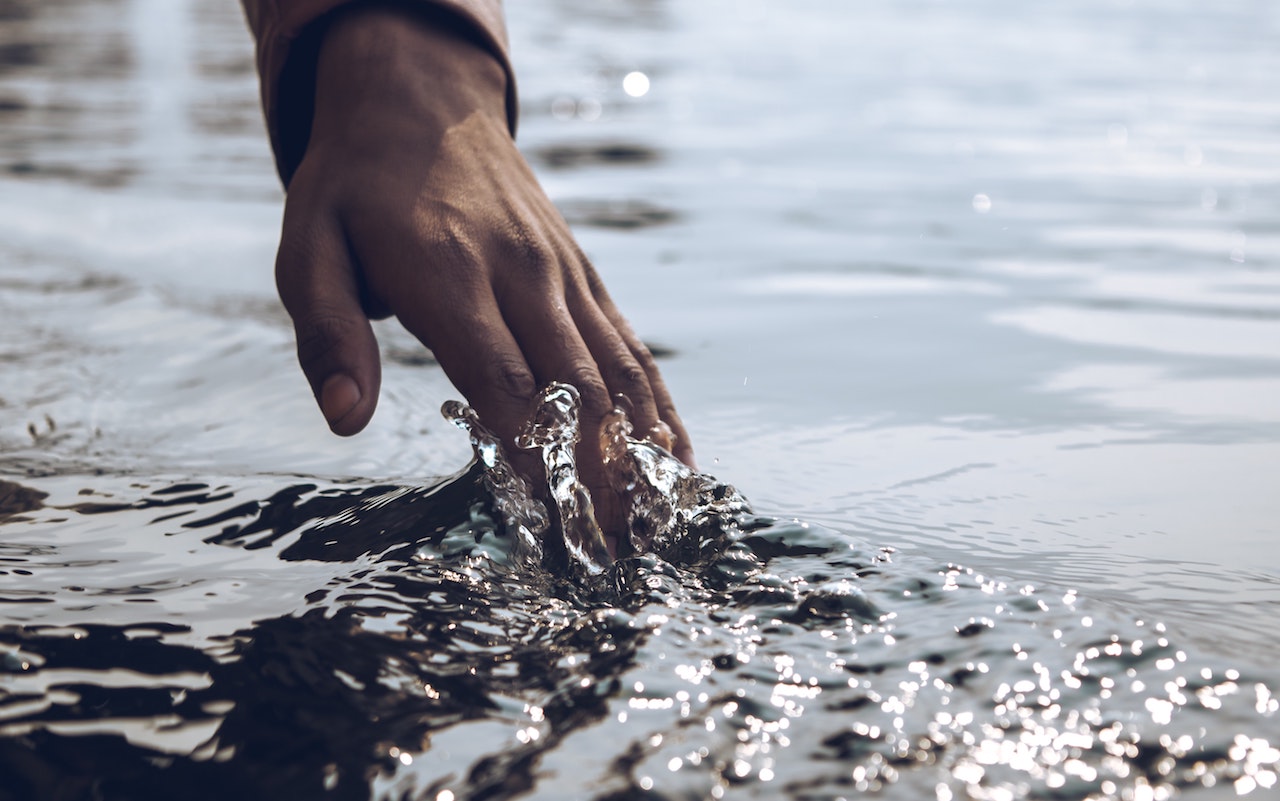 Last month, the Thomistic Institute hosted a symposium, Novelty in Nature, at the Dominican House of Studies in Washington, DC. Philosophers, scientists, and students gathered to discuss the nature of substance, matter and form, and how new things come to be from both a philosophical perspective and a scientific one. It was a mutually enriching exchange.

Among the many engaging lectures throughout the symposium, Dr. Karin Oberg, PhD, delivered a fascinating presentation on the origin of water.

While there are multiple headlines in the world of astronomy about finding evidence of water on other planets, Dr. Oberg’s lecture on this unique molecule put the excitement in perspective.

A professor of Astronomy at Harvard University, Dr. Oberg is also director of The Öberg Astrochemistry Group. This Group uses astronomical observations to address how astrochemically important molecules form and how their evolution into larger molecules may be associated with the origins of life.

Four years ago, the group discovered the presence of a complex carbon molecule, methyl cyanide (CH3CN), in the chaotic environment of a protoplanetary disk. This molecule is potentially linked to the origins of life because of its carbon-nitrogen bonds—bonds which are present in amino acids, the building blocks of proteins.

These findings along with the continuous discovery of “habitable planets” are enlarging our understanding of the origin of water here on earth. For more details about habitable planets in the universe, you can listen to Dr. Oberg here.

A familiar molecule in a new light

Dr. Oberg’s lecture focused on the unique properties of liquid water as we know it. “Water is a weird molecule,” Dr. Oberg stated. It connects chemistry with biology for several reasons: it surrounds genetic material in a unique way, influencing the folding of DNA thereby determining functionality. It is also used in transportation, consumed and produced in metabolic reactions, and is good at regulating temperature, especially within cells.

In a quick chemistry lesson on hydrogen bonding, Dr. Oberg discussed the three levels of complexity when examining water: its atomic structure, its molecular structure, and what she called “bulk water”—the properties of many molecules of water together.

We recognize the unique properties of bulk water (due primarily to H-bonding among the molecules) in some of its unusual though familiar characteristics—the mounding of water into droplets, the ability of water bugs to scoot across its surface, the fact that ice floats, and in the transport of water within plants. 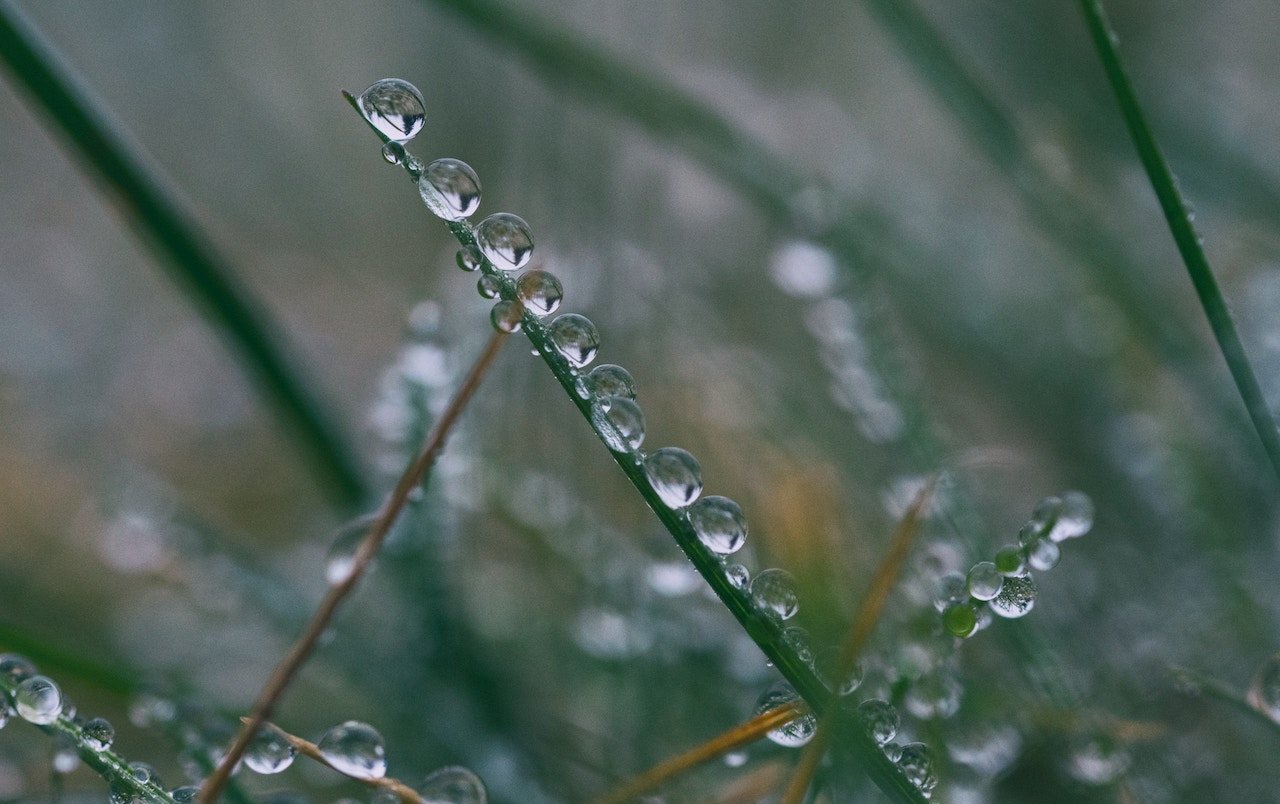 The mounding of water into droplets.

According to Oberg, water is abundant in the universe. Its formation is related to the creation of stars and planets. A region of star or planet formation “is an ideal place for chemicals—that are building blocks—to meet.” Currently, stars are formed in our galaxy at a rate of 7 per year. By analyzing the spectral data of these star forming regions, astronomers have identified a rich and diverse collection of elements and molecules.

Oberg used the example of Trappist 1, a star system with seven planets, three of which have been determined could sustain liquid water. Water is also abundant in our own solar system. Evidence of water on Mars has been in the news. However, according to Dr. Oberg, evidence for oceans on other planets is not uncommon, even if these planets are now dry (for example, Mars and Venus).

So where does all this cosmic water come from and where is it now?

What is space ice?

Most of us are familiar with the description of comets as “dirty snowballs” and asteroids as composed of rocks and ice. Did you ever wonder where the ice came from or wonder if it is like the ice we know and love (especially on hot summer days!)?

In her lecture, Dr. Oberg answered these questions and others. She pointed out that chemistry had to emerge during the initial expansion of the universe. Initially, it would have been too hot for atoms to form, but as the universe expanded, the temperature cooled. Hydrogen (H+) atoms formed first, followed by helium (He+) then up through oxygen as nuclear fusion continued.

One interesting side note is that the first molecular reaction was the formation of a HeH+ molecule with the release of a photon (i.e. a light particle)! Because of the relative abundance of oxygen and hydrogen, it is also thought that water molecules came in and out of existence (in the form of water vapor) fairly early on.

Current research reveals the existence of water vapor in regions of new star formation. Since these regions are characterized by clouds of spinning gas and dust, it is thought that space ice originally formed on dust particles. Although it not included in her lecture, looking at an interactive timeline of the universe can help put this in perspective.

A feature of space ice is that it is composed of H+ as we know it and in the form of deuterium (heavy H due to an extra neutron). When oxygen binds with deuterium, it forms heavy water. There is a specific ratio of heavy water molecules to water molecules in space ice. She stated that the fact that water in earth’s oceans has the same ratio of deuterium to hydrogen indicates that the water on earth has cosmic origins!

The novel nature of water

The chemical and biological properties of water continue to fascinate us. In a lovely observation, Dr. Oberg remarked that its abundance in the universe is one of many examples of “the extravagance of creation.”

The complete list of the talks from the symposium will be available here after August 8. Scroll down to “Thomistic Institute” for the series.