Review of "The Evolution Controversy: A Survey of Competing Theories" 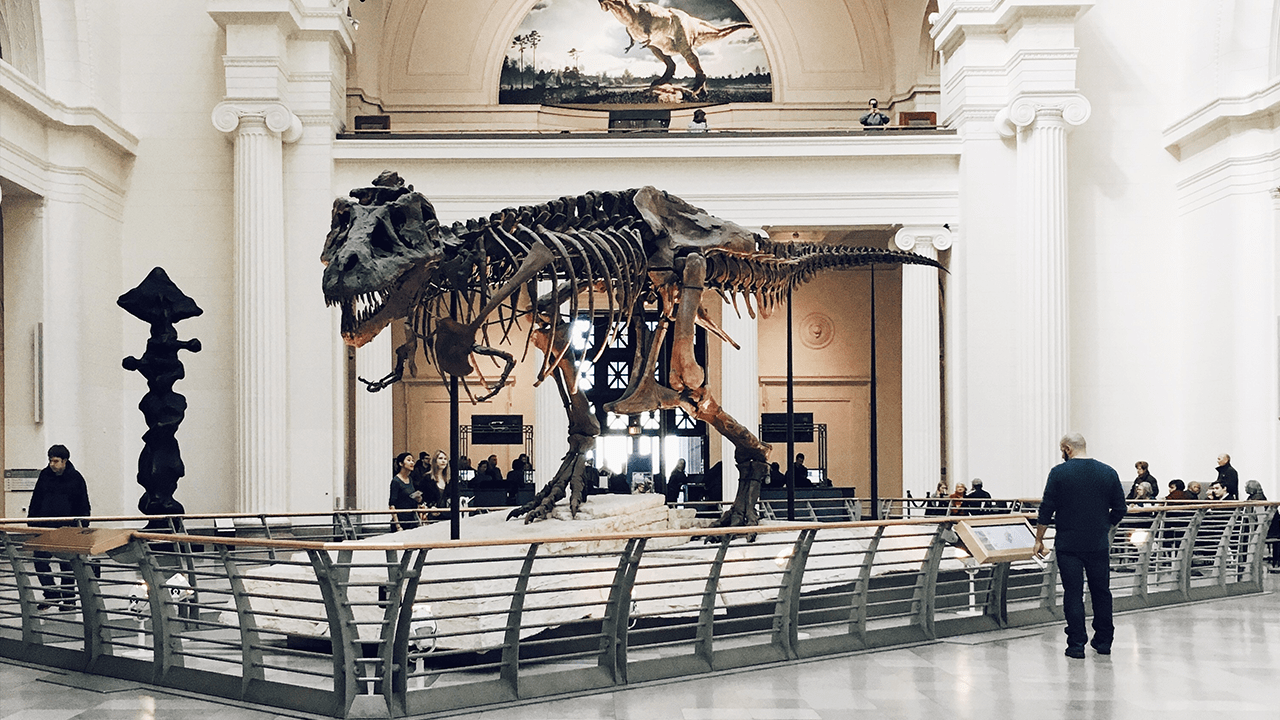 The theory of evolution has created a crisis of faith among believers, but is it a valid or necessary response to new scientific information about man’s origins? There are many scientists currently speaking out against this idea (click here and here), but there is more to the debate than just a face-off between science and religion. This is one reason for reading a book that reveals the arguments of four different schools of thought on evolution and clearly defines the terms of the debate.

Review of The Evolution Controversy : A Survey of Competing Theories
Thomas B. Fowler and Daniel Kuebler
Baker Academic, 2007.

Anyone familiar with M. Night Shamalayan’s movie The Village will recognize the spectre created by false belief and crippling fear. It is no small exaggeration to compare the plot of this movie with the current state of the debate between committed material evolutionists and committed believers of various faiths who question this reigning scientific paradigm. Noisy Darwinists who want to use evolution as a billy club against religious belief have obscured the scientific questions at the heart of the debate as much as any of the efforts of creationists to reinvent science to support a narrow and overly literal interpretation of Genesis. But to say so is to draw the ire of both camps. Kenneth Miller attempted to clarify this aspect of the controversy in his 1999 book Finding Darwin’s God. His was a laudable attempt to shed light on the fervent but frankly unscientific claim of some evolutionists that belief in evolution trumps and makes ridiculous belief in God. Because his objective was to present evolutionary theory in a non-threatening way to the believer, he could not go into the level of detail needed to address the scientific questions that are being raised within the scientific community and not just by religious fundamentalists.

It is unfortunate that any question about the validity and scope of Neo Darwinian theory is viewed by materialist fundamentalists as unscientific and solely motivated by religion. Equally unfortunate, however, is the dismissive attitude of many people of faith who have been spooked by evolutionary theory and remain unaware of the convincing array of evidence that supports historical evolution and common descent. In addition, there are other schools of thought regarding evolution that fall outside the aforementioned “camps”. But what do these terms mean? What are the principle points in dispute? What evidence is there to support evolution? Does the theory of evolution necessarily undermine or attack belief in God? What is the average person interested in the questions raised by the evolution controversy to do? Read this book.

The authors, Dr. Thomas Fowler and Daniel Kuebler, have attempted to present an unbiased overview of the leading theories of evolution. This is no small task given the philosophical, theological, and scientific issues entangled in the debate. The objective is clearly stated but just how do the authors accomplish this rather daunting task? First, the authors assume nothing “a priori” about the truth or falsity of each theory considered. In other words, they assume that no theory is the “winner.” Secondly, neither author has any professional or financial attachments to any of the four schools of thought to be examined, a fact that should be reassuring to the wary or skeptical reader.

Part I of The Evolution Controversy introduces the defining terms of the debate, traces its historical roots, examines the raw evidence, and elucidates the principle points in dispute. This is a book characterized, almost to a prodigal degree, by definitions, clarifications, and distinctions. Some may deem them tedious, but they are enlightening. The authors distinguish three “tiers” of evolution. At its most basic, the authors explain, historical evolution means that there is a knowable timescale of development in the history of the earth as well as among the organisms that have appeared and disappeared in the fossil record. At this level, no attempt is made to explain the facts that have emerged in the study of geology, paleontology, astronomy and physics. The second level or meaning given to the term evolution is that of Common Descent: that shared characteristics can be explained by the existence of a common–or several common–ancestor(s) from which present day organisms have derived. At this level, no exclusive mechanism is posited as the driving force in the development of all life forms.* The third tier is labeled Strong Darwinian Evolution which is distinguished by its strict adherence to natural selection acting on random mutation as the sole mechanism for producing the diversity of organisms that are present in the world. This last is the reigning view held in academia and scientific organizations. Are these distinctions useful? Indeed, they lay the groundwork for understanding the differences among the four schools of thought-- Neo-Darwinism, Creationism, Intelligent Design, and Meta-Darwinism-- examined in detail in Part Two. 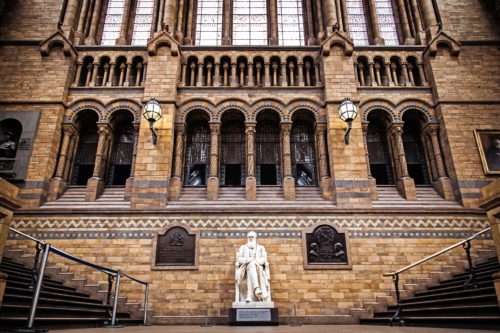 Evolution, as a scientific theory, has its own rather long history which the authors expose in their opening chapter. Beginning with the ancient Greeks, Aristotle and Anaximander along with Lucretius the Roman, represent two views concerning identifiable species: 1) that species are immutable for the most part and incapable of moving up or down the scala naturae identified by Aristotle, and 2) the opposing view of Anaximander that species actually change over time giving rise to all life forms. It was not until the discovery of fossils, some of which were unrecognizable as living species, that any evidence became available to give credence to the latter view. Although the brilliant Danish geologist, Nicolas Steno (1638-86), demonstrated that these fossils were indeed the remnants of once living creatures, for centuries the significance of the fossil record was hotly debated. (For a fascinating account of the work of now Blessed Nicolas Steno, see The Seashell on the Mountaintop, by Alan Cutler, Penguin Books, 2004.)

What did these unrecognizable forms represent? As empirical science advanced and more information became available in the areas of paleontology and geology especially, theories about the generation of new structures and changes within species were postulated.  By the time Darwin entered the scene, all the key ideas underlying his theory were present: competition for survival, natural selection, gradual change over long periods of time to account for the increasing complexity of organisms, and the adaptations exhibited by species within a changing environment. But his was not just a brilliant synthesis of known information. He spent extensive amounts of time collecting and examining fossils and observing organisms and their environments, particularly on his famous voyage on the HMS Beagle. So Darwin was not the first to observe natural selection as a phenomenon. His was a unique interpretation of observable data that had previously been interpreted as a force involved in the preservation of species. Darwin envisioned it as a driving force for change. The debate continued as empirical evidence for his theory was questioned by his contemporaries as was the question of the age of the earth, since gradual change envisioned by his theory would require significant amounts of time.

The four modern schools of thought examined in Part Two, however, have their own history of which readers may be unaware. The summaries are concise and useful for placing the controversy among the schools in context. The authors inform readers that the rediscovery of Mendelian genetic principles in the early part of the last century gave birth to Neo-Darwinism, a more comprehensive version of Darwin’s original theory, which had lost some credibility as the fossil record did not bear out his predictions. In the 1960's, as wild philosophical and radical cultural shifts were rampaging, some religious groups responded to this perceived threat to their beliefs by developing their own paradigm, mostly based on a “young earth” timetable interwoven with “flood geology”. Creationism thus emerged.

At the same time, the scientific community engendered various new schools of thought grouped together by their view that the limited mechanisms of Neo-Darwinism–natural selection and random mutation–were insufficient to explain all of the observable data. The authors have labeled this school “Meta-Darwinism”. This umbrella group covers eight principle ideas that have emerged in the scientific community. These include punctuated equilibrium, hierarchical selection, exaptation, neutral theory, developmental mutation (or evo-devo), morphogenic fields, self-organization or complexity theory, and endosymbiosis. 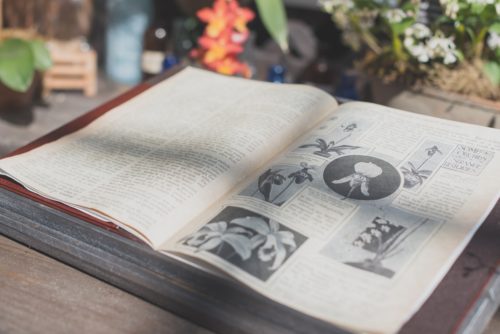 The fourth school and the most recent to develop is known as Intelligent Design. This movement grew in the 1990's as the sheer complexity of organisms and certain evolutionary transitions seemed to demand explanations beyond those offered by the Neo Darwinian paradigm. Distinguishing itself from Creationism is this school’s rejection of a young earth geology and its lack of a unified religious perspective among its adherents. It relies on a “design filter” developed by mathematician William Dembski to uncover biological structures which appear to have been “designed” and incorporates the idea of irreducible complexity. This is not a reliance on supernatural causes, as its critics would have it. Most proponents believe that natural processes can and do account for most of natural history, but there is a wide diversity of opinions among its adherents.

None of the schools examined individually in Part II escapes the scalpel of critique, but the arguments of each school are presented clearly and cogently by Fowler and Kuebler. The raw evidence examined carefully in Chapter 3, in which inferences and extrapolations are distinguished from the observable facts, enables the reader to understand the criticisms and counter arguments from the various schools as they are being presented in Chapters 5 through 8. The scientific details presented may be overwhelming to some lay readers and may appear insufficient to the scientific specialist, but the reader will come away with a genuine sense of each school’s positions, arguments, and weaknesses rather than a straw man caricature. At the conclusion of each chapter, charts and graphs offer an overview of the evidence and arguments just presented and are helpful in keeping the dizzying array of details in order.

In conclusion, the authors state their hopes that their book will provide readers with the necessary tools to remain open to the observable facts, to investigate the subject further, and “to see past the propaganda from all sides into the heart of the controversy.” (p.360)

Note: *Current DNA research and analysis supports this claim [common ancestry] even if the fossil record may not.