Technologies Old and New: Harnessing the Power of the Sun and More 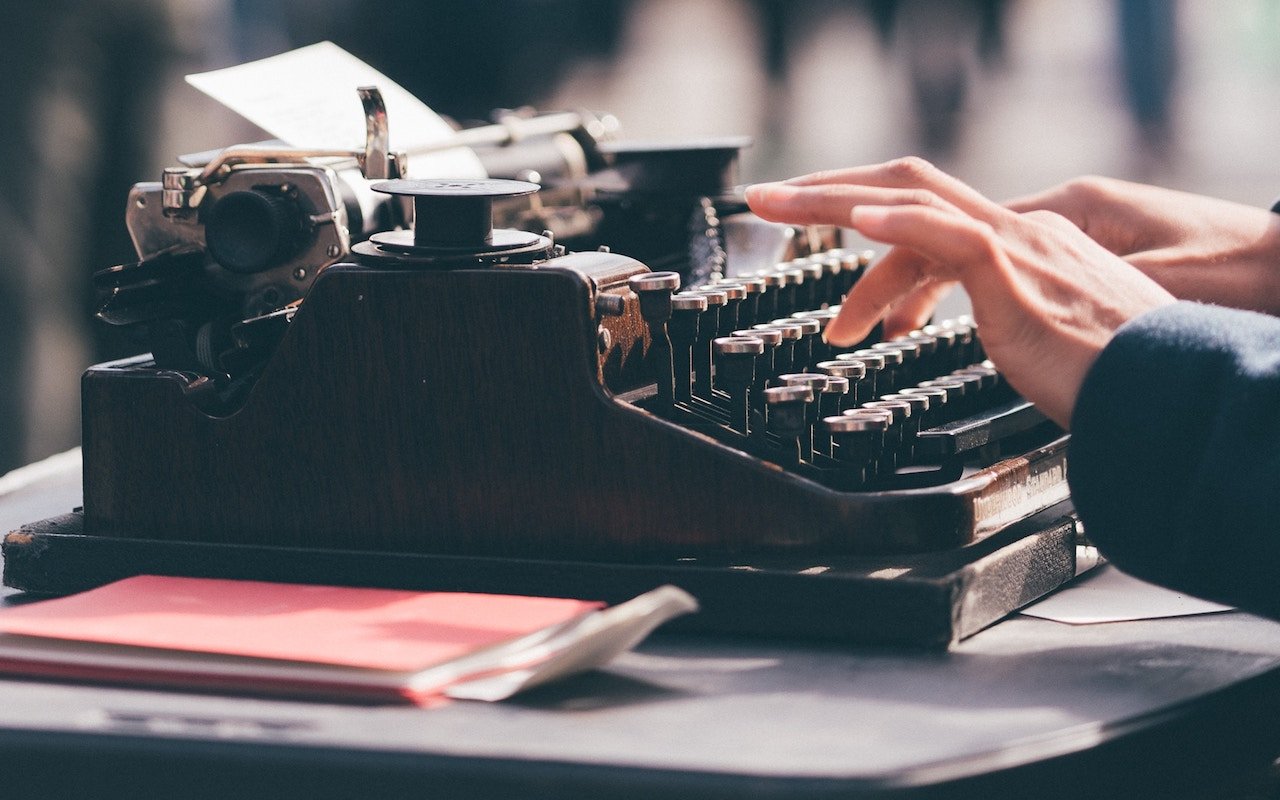 Did you know that there are “widespread ruins of an abandoned solar-power technology” revealing that humans have harnessed the power of the sun for centuries?

In an amusing and informative post from the Vatican Observatory’s Faith and Science editor, astronomer Chris Graney reminds us that “technology” does not always have to be “high tech.” 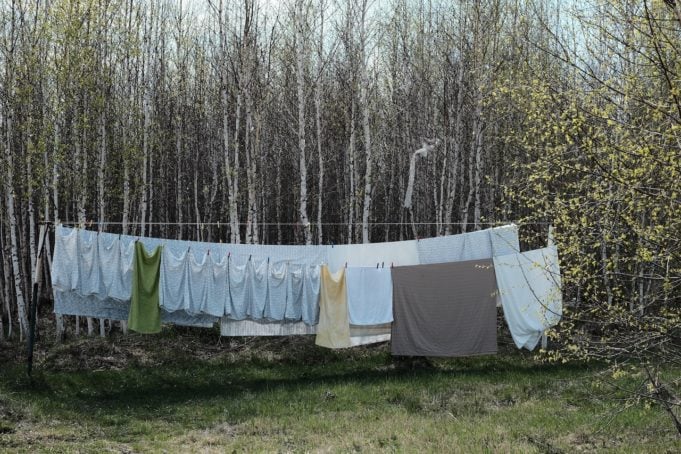 Nature, too, harnesses the power of the sun in photosynthesis, and it appears that the plant chooses pathways for maximum output of oxygen using superposition, a fundamental aspect of quantum mechanics.

The enigma machine was successfully used even before WWII by the Germans to encrypt their government and military messages with a type of substitution encryption. The simple machine looked like a typewriter but used rotors. Each rotor changed with each click of a button, creating literally billions of combinations of letters. To decode the message, the receiver simply needed the initial settings from the sender.

The story of the cracking of the enigma code is fascinating. Perhaps the name of Alan Turing is already familiar? During WWII, Turing and his team were given the task of breaking the enigma code, which they did successfully using Turing’s machine, or the “Bombe.”

Leo Keuwenhoven, professor of physics and head of the Quantum Transport Group at TU Delft, points out that the Bombe used mechanical motion—click or no click—to decode information.

Computer technology now uses electrical signals—”bits” that are 0 or 1—similar in principle to this “click/no click” technology. He remarks that essentially the same technology of the 7’ x 6’ x 2’ Bombe machine now fits in a smart watch.

"The US Navy Bombe contained 16 four-rotor Enigma-analogues and was much faster than the British three-rotor Bombes." / Source Wikipedia

From quantum computers to handheld imaging devices, from using AI to create smarter, safer vaccines to tracking real time communication within cells, we are on the edge of incredible innovations.

Perhaps you are already interested in quantum computers and the types of innovation that are emerging. Perhaps you would like to understand better what all the hype is about. In this talk by Keuwenhoven you will learn quite a “bit” (pun intended).

Quantum computers use qbits in superposition which allows the “bits” to be both 0 and 1— which speeds up the possibility of calculations dramatically. He illustrates this using an animation of a labyrinth where an electron, rather than trying each path sequentially, divides itself at every junction, simultaneously trying out each path it encounters. (Essentially, this is what a plant leaf does when producing oxygen, as mentioned above.)

In another demonstration, he illustrates the comparative speed of standard computer processes by shaking hands individually with members of the audience in the first row. If he were a qbit the speed of this process would increase exponentially, effectively allowing him to shake hands with the entire auditorium in less time than the first row.

This type of speed will play a dramatic role in the field of robotics, which depends heavily on processing huge amounts of sense data. Professor Keuwenhoven also envisions its productive use in better airplane design, electronics and energy storage, the development of electrical cables with 0 loss of energy, machine learning, and effective drug development by solving quantum chemistry problems.

In a similar way, artificial intelligence is poised to be used effectively in vaccine development.

We essentially showed... the AI program [a set of compounds known to stimulate the human immune system] and then SAM came up with its own suggestion of what might be an effective adjuvant, which we then took and tested, and sure enough, it worked.”

Applying the technique to the flu vaccine in animal studies appeared to increase the vaccine’s effectiveness which, as reported in the article, is only at a 29% effectiveness rate for 2019.

Openwater, a $28 million start-up, brainchild of entrepreneur and former MIT professor, Mary Lou Jepsen, is set to transform imaging technologies, making them both safer and less expensive. How? By using infrared light and components cheap enough that they are used in science fair projects.

In her Ted talk presentation, Jepsen demonstrates the use of red light to see through a piece of chicken with a fake tumor embedded in it. The tumor is clearly visible. Demonstrating that a second piece of chicken blocks the view of the tumor, she explains that the scattering of light is an obstacle that needs to be overcome for the technique to work well.

Using her knowledge of the consumer electronics “infrastructure” and her personal experience with imaging technologies (an MRI in college revealed a life threatening brain tumor), she and her team are currently building a potentially handheld diagnostic device. If you have the time, her demonstrations are startling and worth watching.

Most people are familiar with stem cell therapy. Fortunately, the success of adult stem cell therapy has eliminated ethical concerns over its use. Fr. Spitzer’s potential treatment regarding his vision is taking advantage of his own stem cells, for example.

The possibility of eliminating a reliance on stem cells may be on the horizon. In exciting developments in the field of biomedical engineering, researchers at the University of Connecticut have been able to record cellular communication in real time. This report states:

Using a combination of microfluidics and computer modeling, researchers created a platform to record cell messages in depth, uncovering the precise ways in which the words and messages are arranged in these intercellular conversations.

Bone marrow stem cells have been used to repair tissue following a heart attack. By recording the protein secretions of these cells, researchers were able to produce a protein cocktail that imitated their activity. Potentially, an injury could be treated without using stem cells, avoiding complications that can emerge with stem cell therapy.

In another remarkable development recorded in Science Daily, it appears that 3-D printers may unlock the gridlock in the use of scaffolds in stem cell generated organs. According to the article, scaffolds can be problematic for several reasons, including, degeneration at the wrong time (before stem cells have had time to differentiate) or even the release of toxic by-products. This new technique avoids those issues.

The “ink” is made up of stem cells and instead of a using a scaffold, a hydrogel bead bath acts as the structure on which they are “printed.” After exposure to UV light, the beads become cross-linked, essentially freezing them in place. So far, the team at the University of Illinois has produced a cartilage ear and a rodent-sized "femur."

A less dramatic device, but one with life-changing potential for the blind and deaf, was developed in rural Kenya, under the direction of a prize winning physics and science teacher, Br. Peter Tabichi, OFM. Tabichi won the $1 million Global Teacher prize for teaching excellence. He credits the award to his students’ resilience, creativity, and determination.

This remarkable Franciscan brother donates 80% of his salary to community projects and to the school itself. He teaches the community how to grow drought resistant crops, as their part of Kenya experiences droughts regularly every 3-5 years.

His Mathematical Science team came in first at the Kenya Science and Engineering Fair 2018 for “a device they had invented to allow blind and deaf people to measure objects.” According to the Global Teacher award website:

The Mathematical Science team also qualified to participate at the INTEL International Science and Engineering Fair 2019 in Arizona, USA, for which they’re currently preparing. His students have also won an award from The Royal Society of Chemistry after harnessing local plant life to generate electricity.

This is an outstanding achievement for a school with one computer, poor internet connection, and student/teacher ratio of 58 to 1! May the Keriko Secondary School students continue to grow and flourish under Br. Tabichi’s influence.

These are only a small sampling of emerging technologies. Be prepared for the avalanche of astounding innovations headed our way, and pray that their ethical use will remain our highest priority.