Art for the Ages: How the Old Masters are Relevant Today 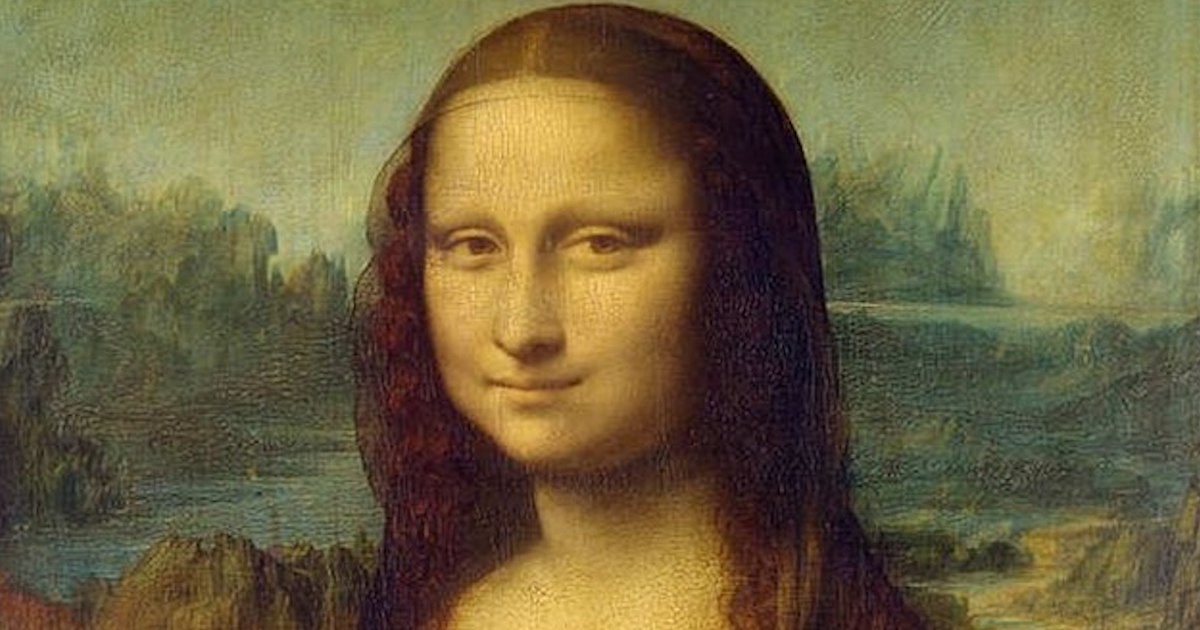 Is there such a thing as “human nature”?

Have human beings been essentially the same since the dawn of recorded history—and before?

Can we relate—on a deep, empathetic level—with people who lived tens of thousands of years ago?

Similarly, can we relate to people living far distant from us today, in conditions very different from our own?

If our answer to all of these questions is “yes,” then is it reasonable to infer the existence of the human soul?

I believe that art testifies to the existence of the human soul. And I think that most of us, when we behold works of art from distant times and places, sense that truth instinctively. As early as 500 B.C., the ancient Greeks depicted scenes of rejoicing and mourning that feel deeply resonant today (fig. 1). Deep into Chinese history, reclusive painters have been finding God in nature in a way that speaks to every soul (fig. 2). The rich, ancient mask tradition of Africa shows a range of human emotions, from deep sorrow to cleansing wrath to joyful whimsy—all in creative and insightful ways (fig. 3). 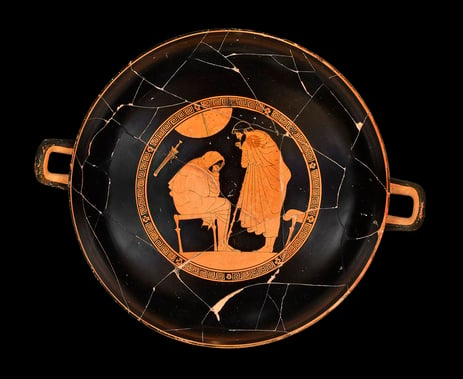 Despite innumerable tragedies and injustices, most historical civilizations have taken for granted the stability and universality of human nature. Kublai Khan was famous for his openness and efforts toward cultural synthesis. Medieval Christians prayed for the souls of unknown “orientals,” despite rumors of monstrosity or arcane powers. When the first Americans visited Japan in the mid-1800s, they recognized a feudal, chivalrous, highly-refined culture similar to the great kingdoms of Europe. Even the pre-modern slave trade was premised not on the denial of common humanity, but on the raw calculus of victory and defeat.

The modern era upset that tried-and-true conviction. The transatlantic slave trade, servicing far-flung, factory-style colonial plantations, created enormous economic incentives to un-person millions of Africans. Implications derived from evolutionary theory problematized the very idea of human nature and posited that some people could be closer to the animal world than to the human. Literary critics poked holes in the validity of the Bible, and by extension, the Bible’s vision of the world. Discoveries in geology undermined biblical accounts of the universe’s origins. Philosophical materialism, supported by the theories of figures like Karl Marx and Sigmund Freud, came to seem persuasive and inevitable. “Humanity” was a fluid expression of atoms and impulses no different from sharks swimming perpetually and devouring blindly, or groping vines climbing mindlessly toward the sun.

Christian intellectuals did their best to try to accommodate this new view of reality. Perhaps the most influential early modern philosopher, G-W-F Hegel, tried to synthesize the idea of a “fluid” or evolving humanity with his Christian belief. The result was a story of constant improvement or enlightenment that included even God Himself. For Hegel, God evolved just like we do—achieving awareness of His goodness through our ever-more-enlightened eyes! Hegel’s dethroning of an omniscient and perfect God had major repercussions. It would be “flipped” into Marxist theory only a couple of generations later. For Marx, the will of the people would become “god.”

Today, however, thanks to the greater global community and efforts toward social justice, we are rediscovering the common human nature that was there all along. For all its faults, twenty-first-century digital technology is convincing us of our shared humanity—not only in the present but also in the past. We are gaining inspiration from our brothers and sisters far away, and we are learning how to appreciate the heritage of global cultures, recognizing it as our heritage, as well. Imperceptibly, shared convictions about human spirituality are emerging everywhere. Truths about the dignity of nature, the dignity of persons, and the reality of good and evil are capturing our imaginations anew—especially the imaginations of the young. After more than a century of grim and hard-nosed materialism devoted to seizing as much physical advantage as possible before our inevitable annihilation, we are awakening, our bleary eyes blinking, to something more life-giving and true. We are beginning to see that we are all children of God.

In an earlier Magis series, Aesthetics and Spirituality, I showed how certain aesthetic expressions—ranging from lofty temples to grand tombs to sacred masks and royal regalia—have been common to major human civilizations across time and on all inhabited continents. Strikingly similar aesthetic ways of expressing spiritual realities have been shared by cultures unaware of each other’s existence!

In the present series, Art for the Ages, I will “zoom in” on Christendom, specifically (that is, the lands suffused with Christian belief starting in the early centuries A.D.) to show how classic artworks from our Christian past anticipate our spiritual concerns today. Many of us still, unconsciously, hold a Hegelian mindset that declares the present must be different from the past—and that the past is by definition somehow retrograde and outdated. I think the works of Christian “Old Masters” put that idea to rest—if only we are sensitive enough to see it. 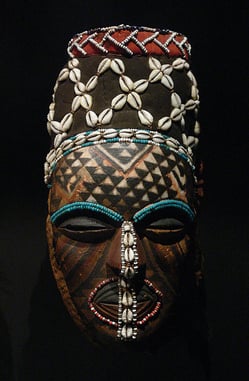 In art world parlance, the “Old Masters” are those art-world stars whose names begin to emerge from the mists of history right around the end of the Middle Ages. Starting in around 1300 (a common birthdate for the Renaissance), Western history began to record the names of the most famous painters and sculptors. This is because increased prosperity in Europe, after centuries of war and climate disasters, meant that artists were better resourced, art was purchased more readily, and great workshops began to emerge, centered on the talents of celebrated personalities (“masters”). The “Old Master” paradigm lasted until about 1800, when the invention of photography, the emergence of factory-style manufacturing, and the rise of mass media began to take over Western culture. However, for about 500 years the “Old Masters” dominated the West’s imaginative landscape, pouring great learning and prodigious talent into images that captured humankind’s deepest sorrows, greatest loves, and most pressing desires.

We’re all familiar with the works of some of these “Old Masters.” They continue to resonate! Who can forget Michelangelo’s Sistine Chapel fresco of a bearded God lightly coaxing Adam into life? Or Botticelli’s gentle Venus being born from the ocean, her golden hair streaming in the wind?

The Mona Lisa: A Woman with Soul

The most famous “Old Master” painting of all is probably Leonardo da Vinci’s Mona Lisa—always the focus of crowds at Paris’s Louvre Museum. My students always ask me: Why is this dark, little painting so famous? I’ll conclude this post by explaining why.

One answer to the Mona Lisa’s fame has to do with a historical drama. In 1911, a passionate Italian patriot and activist named Vincenzo Peruggia stole the Mona Lisa from the Louvre, hoping to restore it to his native Italy. He chose the Mona Lisa above the museum’s many other Italian paintings because it would fit inside his coat! The ensuing media firestorm—launching right at a time when a global media environment was beginning to emerge—made the Mona Lisa perhaps the first “Old Master” artwork to become globally famous among people of all classes.

But there’s something else in the Mona Lisa that speaks to modern eyes.

When we look at the Mona Lisa, we see a person. We see a human being whose complexity, mystery, and deep inner self seem to rival our own. This woman who lived five hundred years ago, and whose life is almost unknown to history, was just like us. We know it when we look into her painted face. Leonardo da Vinci, far from representing Lisa Gherardini with misogynistic, sensual exaggeration, has made her seem intelligent, penetrating, and ensouled. We look at her, and she looks back. We question each other, scrutinize each other, across barriers of space and time.

In this series, I will show how other Old Master paintings call to us across space and time, inviting us to see the common humanity we all share. And I will also show how distinctively “modern” preoccupations—about body image, sexism, and social justice, for example—troubled the Old Masters as much as they trouble us today! As the wise King Solomon once said, “there is nothing new under the sun.” I hope this blog series will renew our faith in a common human family of great depth and beauty, across time and space, death and life, body and soul.

Next Time: Michelangelo and Body Image

Aesthetics and Spirituality Part I: High Places: Over the millennia, the human species has made cultural objects that bear striking resemblance to each other despite distances of time and space.

Aesthetics and Spirituality Part V: Idols: Our ancestors' agreement about the spiritual world with the use of idols, globally, can also infer the existence of an immortal soul.