Society of Catholic Scientists: Who they are and why we should care 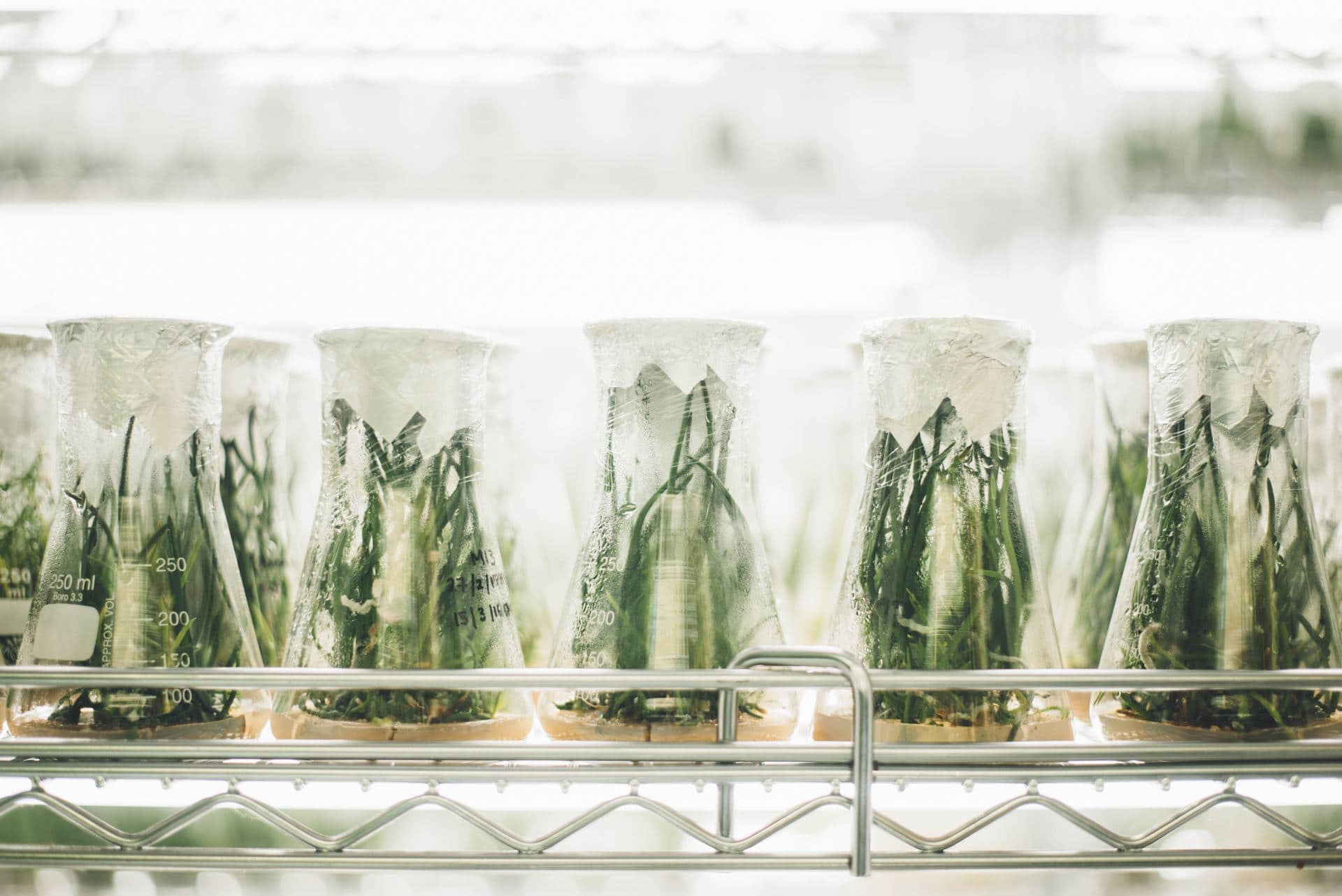 In the current mainstream narrative, the stand-off between faith and science could easily be characterized by an “us and them” mentality. The briefest examination of current articles, books, and letters to the editor reveals this trend: religious belief in God is a fairy tale, the earth is an insignificant piece of rock in the vast and formidable cosmos, man is no more than a localized collection of neurons (click here for an example). Yet in spite of these assertions, there remains rooted in the human heart, a deeply felt need for an integrated vision of the human person. The Magis Center has been standing at this crossroad of faith, science, and the human person for nearly a decade, so we are very encouraged to see the Society of Catholic Scientists (SCS), an organized body of scientists, integrating their faith with the latest cutting-edge discoveries from their respective disciplines.

The Society of Catholic Scientists declares a four-fold purpose for its founding:

According to founder, Stephen Barr, a physicist at the University of Delaware:

"It is important for people to realize that the scientific community is not, as some think, a realm devoid of faith. It contains a wide spectrum of attitudes toward religion, from devout belief to staunch atheism….[But it is] easy for religious scientists, especially young ones, to imagine that they are isolated and out of step. This is one reason why the goal of the new Society, fellowship among Catholic scientists, is of great importance." (See full article)

He is joined by six other founding board members with degrees ranging from Astrophysics, Planetary Science, and Astronomy, to Biochemistry and Biology. Their respective universities include Vanderbilt, Cornell, Harvard, the University of Chicago, and Providence College. The episcopal moderator is Archbishop Chaput of Philadelphia. The Society acts as a place for its members to “share their knowledge, perspectives, and intellectual and spiritual gifts with each other for their mutual enrichment, and with fellow Catholics and the wider community.” The wider community is meant to include all undergraduate and graduate students in science as well.

They accomplish their stated mission “through annual conferences, symposia and seminars, discussion groups, lectures, and other activities.” A more spiritually directed activity is the promotion of Gold Masses. The tradition of holding special masses for individual professions began in the 13th century with a Red Mass for lawyers and lawmakers. In the 1930’s, White Masses (healthcare workers) and Blue Masses (law enforcement) were introduced. SCS chose the color gold because it is the color of the hood worn by those graduating with a PhD in science. The first Gold Mass was held at MIT in November 2017. 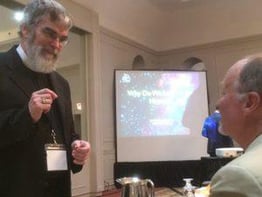 SCS's inaugural annual conference was held in Chicago in April of 2017 covering a topic controversial even among Christians: “Origins”.  For any readers familiar with Fr. Spitzer’s course, “From Nothing to Cosmos” or his documentary “Cosmic Origins”, some topics will look familiar.  With lectures including “George Lemaitre’s Contributions to Cosmology”, “Medieval Notions of the Multiverse” and “Why only Us: The Origin of Human Language”, the conference even caught the notice of Forbes magazine. The second conference to be held in June at the Catholic University of America concerns an equally challenging topic, “The Human Mind and Physicalism”. Physicalism (scientific materialism) is the notion that all of reality, including the human mind, is reducible to a physical substrate (i.e., the brain). In other words, perceptions, ideas, judgments, and emotions are directly attributable (and hence identical) to brain states. Conferences are open to members only but the Society uploads all talks to its website.

Please join the Magis Center in applauding and supporting the efforts of Dr. Barr and his colleagues in the vital work of the Society of Catholic Scientists. They are among many religious scientists today who are witnesses to the harmony between science and faith.