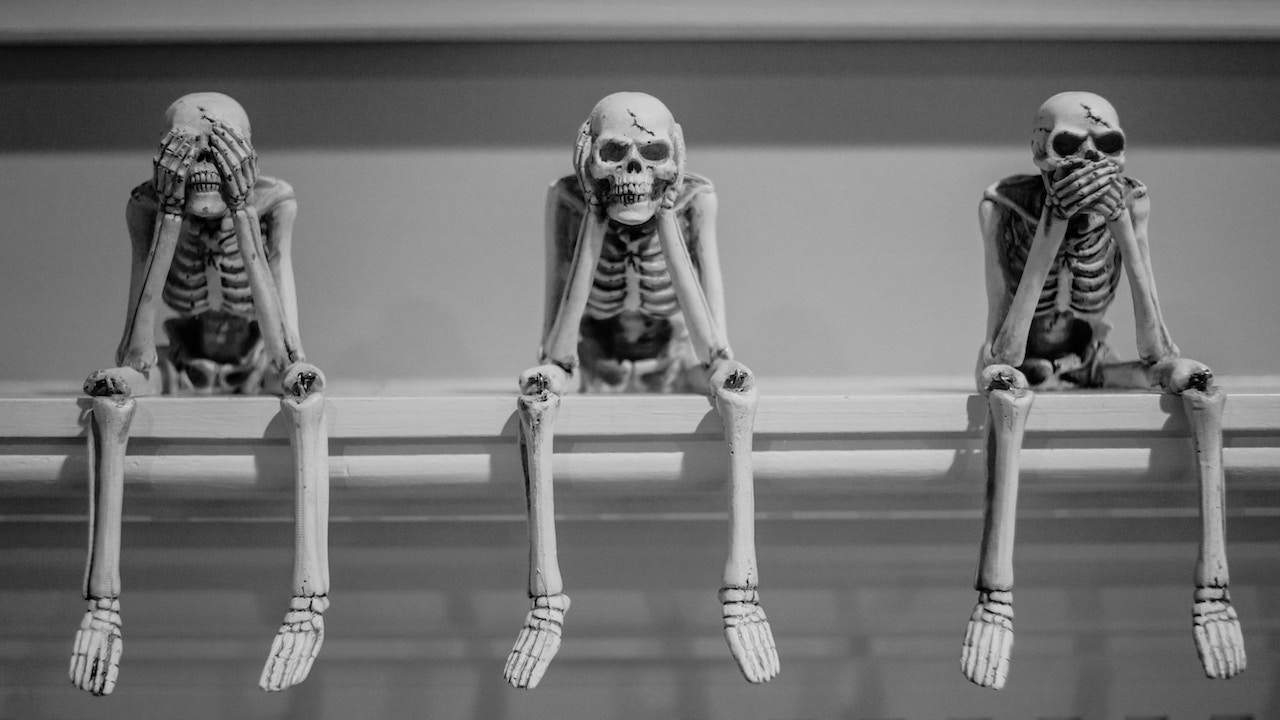 It is commonplace to refer to the "spooky" action of quantum particles, but if you are not a science buff, you may wonder what all the weirdness is about.

If you are into science, you may have started to wonder if the “spookiness” of quantum particles means that we really are living among the shadows of Plato’s cave.

In a recent post, Dr. Kurland, guest blogger and retired physicist, explained the relationship of quantum mechanics and theology—a heady topic, which involves many layers of interpretation, implications, and extrapolations for future posts.

Spooky action at a distance is not a new idea

Even though Isaac Newton developed the idea of universal gravitation (and the mathematical formula to express it), we forget how weird it appeared to Newton that information about another object could "jump across empty space" (between the sun, planets, the moon, etc.). It was the 17th century version of “spooky action at a distance.” It was not until Einstein introduced the idea of a gravitational field in the 1920’s that the weirdness became more understandable.

So, let’s take a look at what it is about quantum particles that researchers find so annoying—even “diabolical.” In upcoming posts, we will look at how these strange characteristics are currently used to interpret reality.

What is quantum theory?

In our everyday experience, the objects we encounter, observe, and interact with (even at a distance, such as cell phone towers, satellites, the moon, planets, stars, etc.) behave in predictable ways, and the way we live presumes these qualities are stable. The material of the universe is studied quantitatively in its various appearances, manifestations, and qualities using the sciences of physics, astronomy, biology, and the vast range of what is known as the “natural sciences.”

From these sciences, we also know that matter is made up of particles called atoms and molecules, even though much smaller particles have been discovered. Initially these included the familiar electrons, protons, and neutrons, but there is now a host of smaller particles involved! Quantum theory or quantum mechanics is used to explain the behaviour of these subatomic particles which have exhibited characteristics that are unlike larger scale objects of our everyday experience. The quantum mechanical model of an atom, for example, can only give the probability of the location of an electron within a certain space. The Uncertainty Principle, first developed by Werner Heisenberg, states that one cannot know both the position and momentum of an electron at the same time.

This new science, called quantum mechanics or quantum theory, emerged  from research into the qualities of light. Scientists like Einstein, Heisenberg, Rosen, and others debated whether light was a wave or a particle, with plenty of evidence for both theories.

Particle or a wave?

The initial experiment supporting the theory that light was a wave of electromagnetic energy was developed in the 1800’s, the double slit experiment, in which a beam of light was aimed at a barrier with two slits. The pattern of light on the other side revealed the interference pattern of waves. 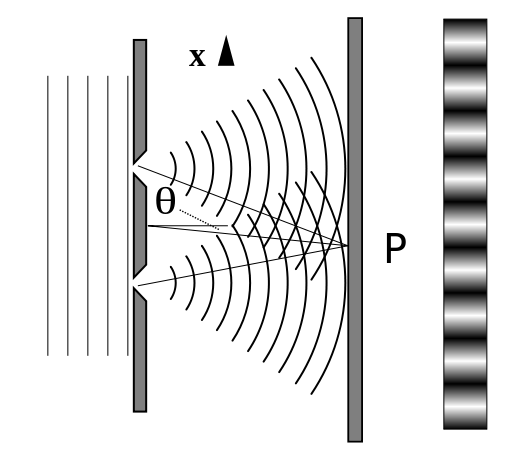 Then Einstein demonstrated the viability of the particle theory in his explanation of the photoelectric effect, (earning him the Nobel Prize in 1921) in which the energy of light, rather than being distributed evenly across the wave, is described as occurring in packets or “quanta” (photons). Following this “discovery,” in a more sophisticated version of the double slit experiment, researchers were able to fire single photons at the double slits, and surprisingly the characteristic wave interference patterns still appeared on the other side. This strange duality was first only attributed to photons (light particles) but since has been verified for any number of atoms and molecules.

So far so good, but there is MORE weirdness: a later experiment firing only one photon at the double slit still created a pattern of interference as if the particle had passed through both slits. This is known as superposition, where a particle seems to be in two or more places at once.

“To be is to be observed”

In the process of these experiments, another disturbing phenomenon was observed: a detector, placed at the barrier meant to “catch” which slit the single photon passed through, actually removed the interference pattern completely. In other words, the wave-like interference pattern disappeared and the photon acted as you would expect a particle to act.

The problem that has plagued researchers since is how to investigate a phenomenon which is changed by its being observed! Thus, the mistaken interpretation by some is that our observations cause things to be: that “to be is to be observed.” This idea is referred to as the “Copenhagen Interpretation” of quantum theory (we will pick up this idea in a later post).

A new experiment was devised in 2016 (described in this article from Scientific American) that would allow an observer to choose a location to look for the particle before any measurement is made (called post-selection). This does not mean that the researcher will cause the quantum particle to appear in that location, but the design of this experiment is meant to provide the researchers with a way to collect a history of the location and activity of the particle. So, even weirder than the “two places at once” idea of superposition, researchers are predicting the weirder possibility of many non-local quantum states! (The article provides some helpful visuals, for interested readers.)

Is it really spooky or is it much ado about an old idea?

The idea that matter exists in an unspecified location and state seems, to our intuitive sense of reality and our concrete experience, just wrong. We have to ask, however, is it?

Werner Heisenberg, considered the founder of quantum mechanics and the originator of the uncertainty principle, had this to say about how he was able to recognize an old idea in the startling observations made at the turn of last century:

"[The probability wave] meant a tendency for something. It was a quantitative version of the old concept of "potentia" in Aristotelian philosophy. It introduced something standing in the middle between the idea of an event and the actual event, a strange kind of physical reality just in the middle between possibility and reality."

This idea of potency, then, is that old idea, and it will be a useful tool in the untangling of certain materialist interpretations of the quantum mechanical model of reality.