5 Key Pieces of Evidence on the Shroud of Turin 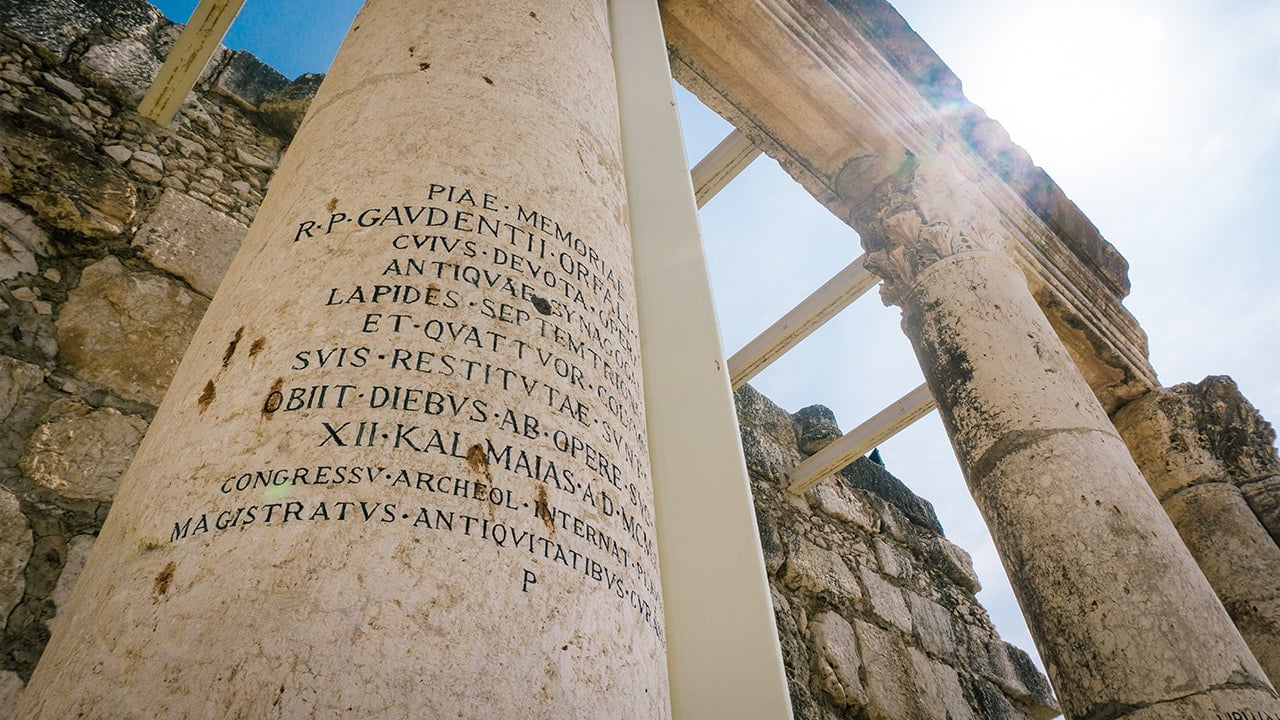 Whether questioning or defending the authenticity and date of its origins or attempting to offer a “scientific” explanation for the cause of the image itself, the Shroud of Turin has generated an enormous amount of research and literature.

Recently, at the Napa Institute’s Annual Conference, Fr. Spitzer highlighted 5 key pieces of scientific evidence regarding the Shroud’s authenticity and traced its likely journey from 1st century Palestine to its well-documented appearance in Lirey, France, in 1349.

Here are some of the highlights of that presentation.

New evidence has come to light in recent years concerning the following: 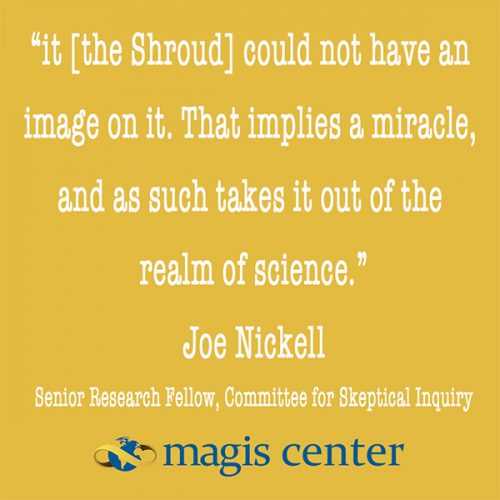 Problems with the 1988 Carbon Dating

In 1989, the results of 3 independent labs examining a sample of the Shroud taken from the lower left corner caused shockwaves even among agnostic investigators. Their findings indicated a date in the 1300’s.  Since the publication of their findings in 1989, however, several problems have been documented concerning the protocol the researchers used. These include:

“The combined evidence from chemical kinetics, analytical chemistry, cotton content, and pyrolysis/mass spectrometry proves that the material from the radiocarbon area of the Shroud is significantly different from that of the main cloth.The radiocarbon sample was thus not part of the original cloth and is invalid for determining the age of the Shroud.”

Fr. Spitzer also mentioned 4 new dating tests which have as a midpoint of the average a date of 50 A.D. (plus or minus 200 years) with a 96% confidence level.

The Sudarium of Oviedo

Known also as the Sudarium Christi (the face cloth of Christ), it does not bear an image, but it has blood and serum stains consistent with the patterns and blood type (AB) of the Shroud of Turin. The length of the nose on both cloths is 8 centimeters (3 inches). These similarities indicate the high probability that they touched the same face: a crucified man who was crowned with thorns.

Evidence of the Resurrection

One of the most intriguing and elusive questions about the Shroud is how the image was formed. Fr. Spitzer discussed five anomalies concerning the image itself:

The only known explanation for the formation of the image is an intense burst of vacuum ultraviolet radiation (equivalent to the output of 14,000 excimer lasers) emitted from every three-dimensional point of the body in the Shroud. 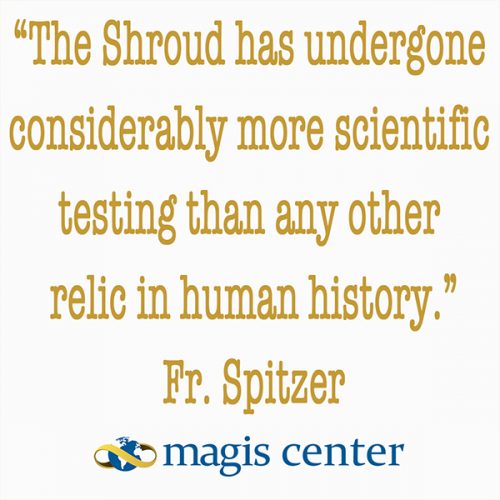 An “Undocumented” Journey: A Trail of Pollen

Well documented historical records are an elusive component of many ancient manuscripts and artifacts. Many times, provenance is a historian’s “best guess”.  Fr. Spitzer offered the following lines of evidence tracing the probable journey of the Shroud from Jerusalem to Edessa, Turkey, and from Edessa to Constantinople, from Constantinople to Lirey, France in 1350. Pollen grains confirm its presence in each of these places!

Evidence of Origins in Jerusalem

Two pieces of evidence support the Shroud’s origins in Jerusalem. Four of the greatest number of pollen grains found on the cloth are unique to Judea. Secondly, in-depth analysis of the Roman coins found over the eyes in the image reveals that they were indeed minted by Pontius Pilate in 29 A.D. in Jerusalem.

The second largest number of pollen grains – 3 indigenous to Edessa--confirm that the Shroud was in Edessa Turkey. It is believed that the relic known as the Mandylion was the Shroud folded into a frame so that only the face showed. The Shroud not only shows creases from being folded in a frame, but 20 peculiarities in the face of the Shroud’s image appear at this time in the iconography of Jesus in Edessa.

Additionally, testimony from Crusaders, particularly explicit testimony from Robert deClari, indicate that the Mandylion was in Hagia Sophia and St. Mary Blachernae.

From Constantinople to Lirey France

Geoffrey de Charny is the first documented owner of the Shroud. We know from his testimony that the Shroud of today made its appearance in Lirey, France by 1349.  Charnay was married to Jeanne de Vergy, a 5th generation descendent of Othon de la Roche, a high leader of the 4th crusade. It is likely to have been in the possession of her family from 1204 AD until that time.

So although there remains a certain miraculous quality to the formation of the image, the 1978 STURP Investigation and subsequent scientific investigations have been remarkably thorough, and with the exception of the questionable 1988 carbon dating, all the evidence-including the trail of pollen grains-points to the Shroud being the burial cloth of Jesus.