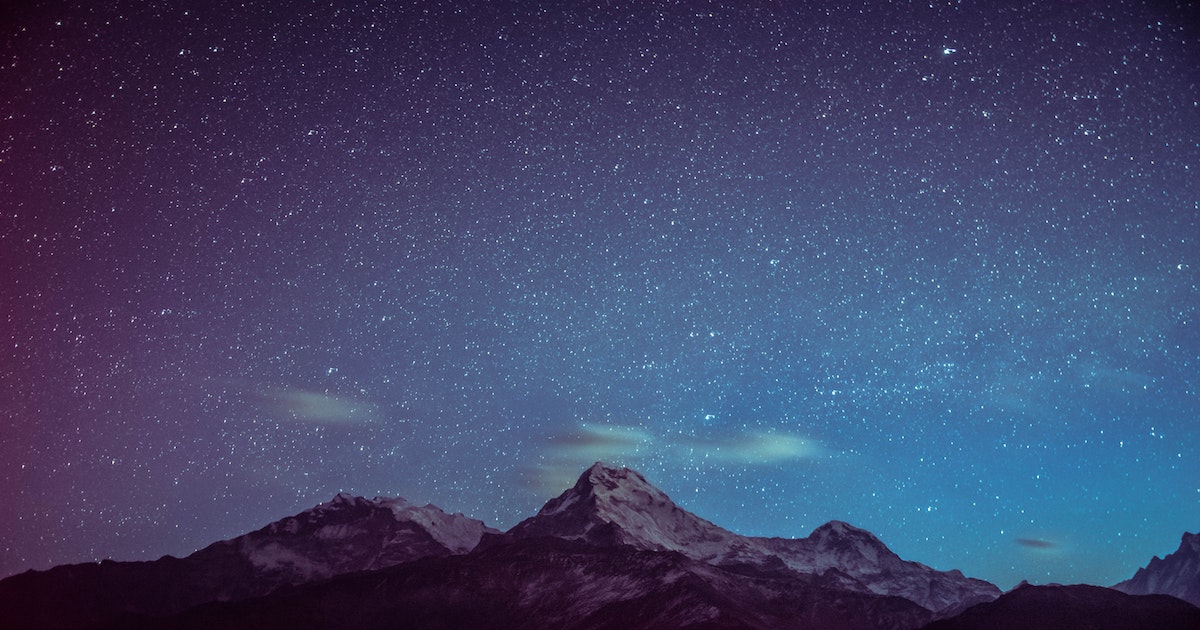 "As there is a multiplicity of creatures on earth, so there may be other beings, intelligent, created by God. This does not conflict with our faith because we cannot put limits on the creative freedom of God. . . . How can we rule out that life may have developed elsewhere? Just as we consider earthly creatures as a ‘brother’ and ‘sister,’ why should we not talk about an ‘extraterrestrial brother’? It would still be part of creation." —Reverend Jose Funes “The Extraterrestrial is My Brother“

Introduction: “The God of the Gaps” Arguments

If I judge correctly from comments on part I and part II of this series, some faithful Catholics will strongly disagree with Fr. Funes. As I’ll explain below, I myself have reservations about the existence of “extraterrestrial brothers.” In this third article, I will present some theological considerations, taken from the 2021 Society of Catholic Scientists Conference (SCS) along with my own reflections.

Before discussing theology, let me summarize some of the information from the previous articles on the likelihood of life outside the earth. In arguing questions like this, materialists tell us not to invoke a “God of the Gaps.” That is to say, if there is no apparent natural mechanism to explain some phenomenon, we should not, ascribe it to a miracle wrought by God. In general, I agree with this limitation. Nevertheless, the gaps are there. So, I’ll start by listing some of these apparent gaps (or bottlenecks) in our understanding of where life (and intelligence) comes from.

As several of the SCS talks showed, simple molecules are present in interstellar space. Professor Shingledecker termed these (see figure below) as “pre-biotic molecules 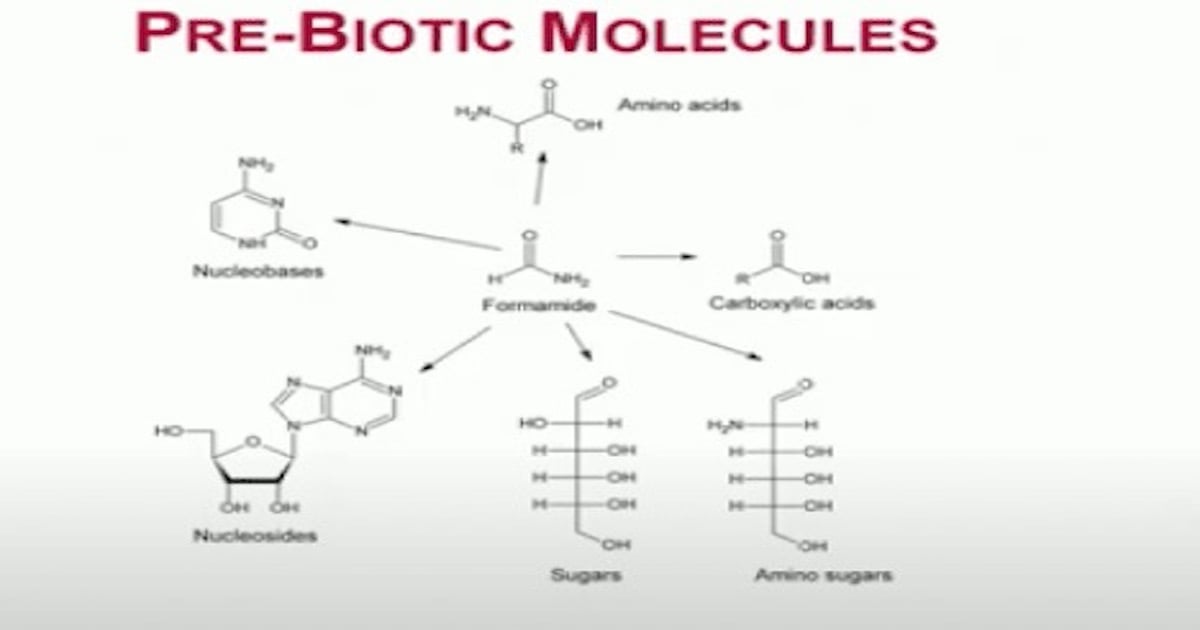 These simple molecules are the biotic building blocks—amino acids, sugars, nucleotides—which form the larger molecules, biopolymers: proteins, DNA, RNA, and lipids that are molecular biology. How this step might occur is still a mystery at this time.

The next step is assembling these biopolymers into a cell: biopolymers enclosed by a wall, a membrane of phospholipids, and protein channels. The mechanism for this step is also a mystery and, in my opinion, likely to remain one. Are there other bottlenecks? In her talk, Professor Karin Oberg suggested there might be one more—the formation of animals from single cells. Here’s the reasoning: it took only about 700 million years for the first life to be formed after earth became a planet (from about 4.5 billion to 3.8 billion years ago). On the other hand, several billion years elapsed before that first life developed into the wealth of animal forms arising in the Cambrian explosion (approximately 520 million years ago).

And there is, I suggest, another bottleneck: a rational being capable of wondering about origins and purpose in life. Let us discuss that below.

The Gap Between Animals and Humans

“Speak, and I will baptize thee.” The Bishop of Polignac on seeing a live chimpanzee (early 17th century); from “The Gap,” by Thomas Suddendorf.

Even though we classify humans as animals, there are still gaps between them: of the kind, not degree. Language is one such. By “language,” I do not mean simply communication. Rather, there is grammar, syntax, and semantics. One speaker at the SCS conference put the difference succinctly: animals communicate by imperatives, humans by declaratives. Moreover, in language, humans use reference elements, recursive modes, and abstractions. For a clear and complete description of the differences between animal communication and human language, see “Do Dolphins have a language?” Furthermore, there is a genetic marker for the language gap: the FOXP2 gene. Family disorders in talking and understanding speech are correlated with genetic mutations of this gene. FOXP2 genes, similar to those for Homo sapiens, have been found in Neanderthal DNA but not in that of other humanoids or primates.

Besides language, there is art. Professor Oberg pointed out that during the 200,000 years when several homo (humanoid) species were present when tools were used, and very possibly a primitive language existed, there was no art. The first art, the pictorial reference of reality, came about 40,000 years ago. In children, the ability to picture and represent develops in the first two or three years, a little later than language. Animals do not have this capability, despite publicity about abstract paintings by chimpanzees.

And with the capacity for art, what other particularly human traits arise? The ability to raise questions about existence and meaning. Why am I here? What will happen to me and those I love when I die? Who made all this? We can only say, I believe, that these are the questions God gave to man, with the gift of a soul. So this leads then to the meat of this piece, the theology of extraterrestrial life.

In a general way, we can imagine two schemes that God might choose to create: 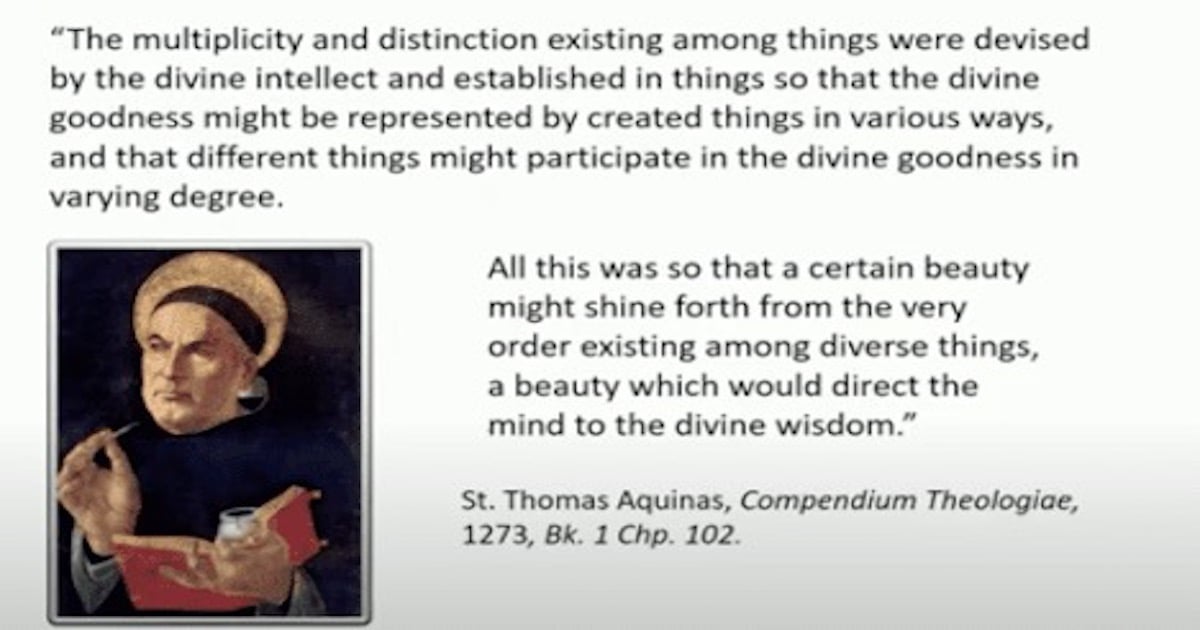 From SCS Conference / via Professor Lunine

Now this “image” of God need not be a physical one. Indeed, since the Trinitarian God exists in all His attributes and infinite qualities, He does not have a reproducible physical image. Accordingly, a cephalopod “human” would be as much an image of God as a primate “human.” So, this line in Genesis does not exclude extraterrestrials.

What mode does our Trinitarian Creator use? Does He set a frame of universal laws such that life and intelligence occur by a so-called natural process? Or does He, now and then, give a nudge, a push to squeeze through the bottlenecks: life, animal forms, rationality? If the former, one would expect life and intelligence to be abundant. If the latter, probably not. Which of these ways we credit will be a matter of personal bent; neither dogma nor fact give a definitive answer. If the many-worlds quantum mechanics theorists have it correctly, it might even be that in some universes there are only one rational species, in others many. Let’s leave this as an open question, then, and turn to another.

Assume for the sake of argument, that, in this universe, there are many extraterrestrials. Will each of these or some of these undergo a “fall” similar to Adam and Eve? And will the Son of God come to save them, in the form of their kind? In the first of his science-fiction trilogy, “Out of the Silent Planet,” C.S. Lewis dealt with these questions. Only on earth did the “fall” occur, with a consequently crucified Savior. On Mars, three sentient species exist in synergistic cooperation, not fallen. Each member of the three species anticipates a heavenly hereafter.

In thinking about these two theological questions, I wonder: is the “fall” an inevitable consequence of free will and the presence of the tempter? The Evil One? If so, then it would be the case, if there be other extraterrestrials in our universe, that they would Fall. And it would also be the case that God, the Father in His infinite mercy, would send His son, in the form of that extraterrestrial, for its salvation. But that’s an opinion, not backed up by theology or dogma—to my knowledge.

So, this is still one more question for which, I believe, there is not a definite answer. But to build on my own reflections on this, let me discourse on what I perceive to be our unique and favored situation: our privileged place in a universe governed by the so-called “anthropic principle.”

Aren’t We Special: Thoughts on the Anthropic Principle

The fundamental laws of physics, the parameters that set their operation, and, in sum, the nature of the universe, seems to be designed to make it hospitable to carbon-based life. This favoritism, the “anthropic principle,” should be familiar to the reader, so I will not expound on it at length in this piece. See these articles for more details (here and here). However, I do want to remark on one particular aspect of God’s creation: the vastness of the universe and our insignificance. For me, this is an occasion of wonder and marvel.

"For I will behold thy heavens, the works of thy fingers: the moon and the stars which thou hast founded. What is man that thou art mindful of him? or the son of man that thou visitest him?"  (Psalm 8:4-5)

But this isolation, the smallness, and bigness, also has a purpose. From the smallest (quarks) to the biggest (the universe) there are forty powers of ten on the scale, and a human’s size is more or less in the middle. But to God, size is irrelevant. If there are vast distances to the nearest stars, that serves to isolate us from harmful radiation, such as would be present in the center of our galaxy, where there is a black hole and stars are denser. If we are fifteen powers of ten bigger than quarks, that enables particle physics and chemistry to be the bricks of life.

All these coincidences lead me to believe that we are unique—that humankind is God’s special creation. Perhaps in other universes, He created many species in His image, some fallen, some not. But in this universe, we are, I believe, His sole creation.

Finally, I again urge the reader to go to the videos of the Conference (here and here) to get other (and probably wiser) discourses on this matter.