The Trilemma Of C. S. Lewis, Part Three: Was Jesus A Liar? 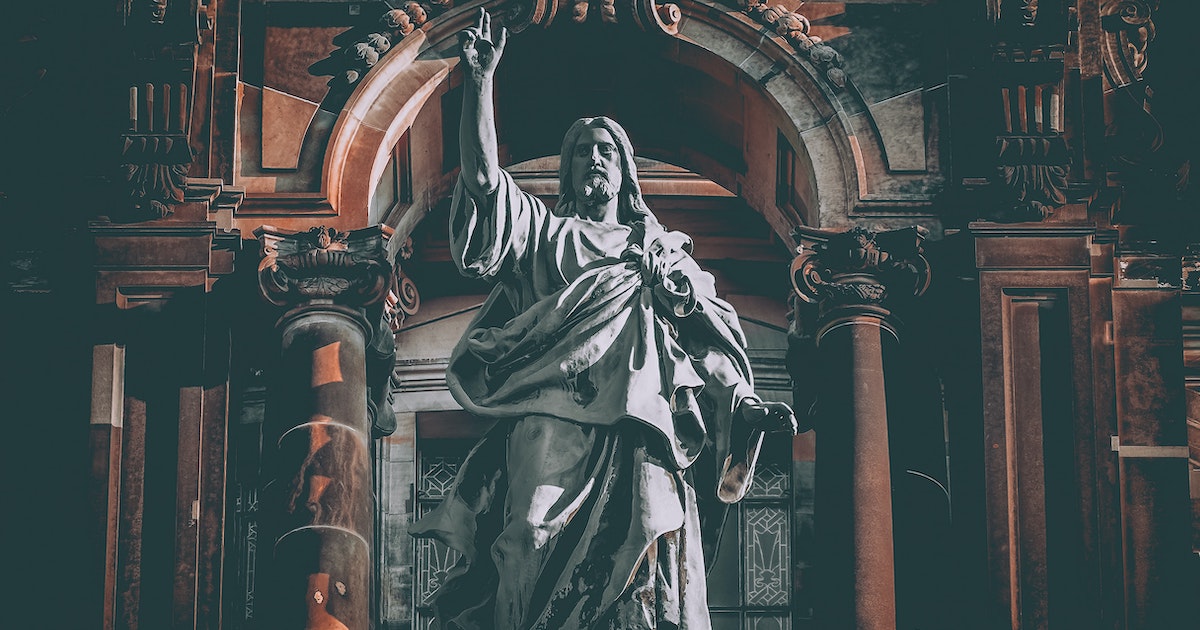 In the previous pieces for this series, we referenced C. S. Lewis’s Trilemma, essentially his argument that: in claiming He was God, Jesus was either a liar, insane, or God. But before we addressed these three possibilities, we provided historical evidence that Jesus actually walked the Earth and actually claimed to be God. This brings us to Lewis’ first possibility: Was Jesus a liar?

To investigate that question, we might begin with a general observation: people do not typically lie without a motive. The liar seeks something, most commonly fortune and/or fame. In claiming to be God, is that what Jesus was seeking?

Did Jesus Lie for Fortune?

Was it fortune that motivated Jesus? People do lie to amass wealth—that’s true. But if that is what Jesus attempted, he failed terribly. When Jesus died, He died broke. Of course, that could have been easily predicted; after all, Jesus’ teaching made him a mortal enemy of the rich and powerful. Drawing the animus of the wealthy would make a curious choice for someone intent on becoming wealthy, especially with Crucifixion on the horizon.

Of course, one Apostle was motivated, at least in part, by fortune: Judas. The Gospel of John recounts that Judas stole money from the collective purse, but it was such a pittance that the Apostles didn’t seem to care that it was missing. Later, Judas betrayed Jesus for only thirty silver pieces. If that doesn’t sound like much money, that’s because it isn’t. In today’s dollars, that has been estimated to be anywhere from under a hundred bucks to a few thousand at the most—hardly a king’s ransom. If Jesus and the Apostles had so much money, why settle for such a small amount?

Show Me The Money

At this point, the skeptic might argue that my above observations are based on the Gospels, which are biased (we addressed the question of bias and reality previously). But let’s look past the Gospel accounts to matters of the extra-Scriptural historical record.

Various sources confirm that some of the Apostles were martyred. That’s important to remember in this discussion about Jesus’ possible motivations. Here’s why: If Jesus were lying, it would seem that the Apostles must have been willing accomplices in that lie. But none of the Apostles ever seemed to have any money either.

If the Apostles were lying, it was a lie they maintained even when facing execution. And which Apostle had enough money to bribe his way out of martyrdom? Which one tried to do so?

But beyond the Apostles, which early followers of Christ ever had any money? Which historian—Christian or otherwise, whether in antiquity or modern-day—claims that Christianity was some Ponzi scheme? Of all the things for which the early Christians were criticized—from cannibalism to the arson of Rome to treason—flaunting wealth was not one of them.

Writing in the early second century, Pliny the Younger notes that there were some wealthy Christians, but they were the exception to the rule and the ruler. Lest we forget, to be a Christian meant that the government of Rome systematically confiscated your wealth. Historical documents illustrate that, prior to Constantine’s Edict of Milan in 313, the authorities routinely seized the wealth of Christians for the crime of—you guessed it—practicing Christianity.

If Christianity were a get-rich-quick scheme, it was perhaps the worst one ever devised.

Did Jesus Lie for Fame?

What about fame? Jesus was indeed famous. Even non-Christian contemporaries Pliny, Josephus, and Tacitus note his fame. How famous was Jesus? At the account of the miracle of loaves and fishes, there were five thousand men, not counting women and children. How many people is that exactly? Ten thousand? Twenty-thousand? How many people in our world today could draw a crowd of that size for an impromptu sermon—or anything? And when you ponder that question, consider it not only in absolute numbers but in numbers relative to population. In The Triumph of Christianity, Rodney Stark notes, “Ancient cities had small populations!” Stark writes, “in this era, Jerusalem’s population probably exceeded twenty-five thousand only when it was crowded with refugees fleeing Roman armies.”

So the fame argument has merit, except for one glaring problem: Jesus’ fame, very predictably, led to His death. Catholic apologist Frank Sheed directs us to John 11:47, in which the High Priests point out a rather obvious fact about Jesus: “The man is performing many miracles, and if we leave him to his own devices, he will find credit everywhere” (John xi.47). His fame contributed to His exceptionally painful crucifixion and death. But at no stage did Jesus say to his brutal torturers, “OK, you caught me! It was a lie.” If it were a lie, it was an unwavering lie.

For that matter, why didn’t anyone else admit to the lie? Beyond the Apostles, Jesus would have needed dozens of people who faked miraculous cures, including blindness, paralysis, and death—some of which are not too easy to fake. And each of these would have needed others to support their tale. (As in, “Oh, right. I know William. Yep. He’s been blind since birth. It’s the darndest thing. He can see now.”)

Of course, skeptics might argue that these “miracles” of Jesus recorded in Scripture never happened in the first place. But if they didn’t, why did Jesus have a following at all? Again, contemporary non-Christian sources—not to mention nearly every historian who has ever written about the subject of early Rome—confirm a large following. Think of it this way: who was Nero killing, if not Christians? Who was being fed to the lions? Who built the catacombs? A hundred other questions arise. It stands to reason that Jesus would have gained many followers because of His miracles—or, at least, what they thought were miracles.

Today, we Christians may be “those who have not seen, yet believe.” But the early followers of Jesus witnessed things they believed to be miracles. And their belief was so strong that they were willing to be devoured by lions for that belief. Many of those closest to Jesus proved the most willing to suffer martyrdom for Him. Many early Christian martyrs, cataloged in the Roman Martyrology, either knew Jesus personally or heard about him from parents and grandparents. Jesus was not a “historical” figure for them; instead, He was a contemporary. Were they all accomplices willing to perpetuate the lie even in the face of painful martyrdom and death? That seems extraordinarily unlikely.

If Jesus were a liar, it would follow that the Apostles were liars, that thousands of accomplices were liars, that none of them recanted their lie, and that they surrendered both life and livelihood for unknown and unrealized motivations. That seems a difficult position to hold.

The Trilemma of C. S. Lewis: Is There Evidence That Jesus Lived?: John Clark seeks to answer whether there is evidence that Jesus lived in the first installment of his C.S. Lewis Trilema series.